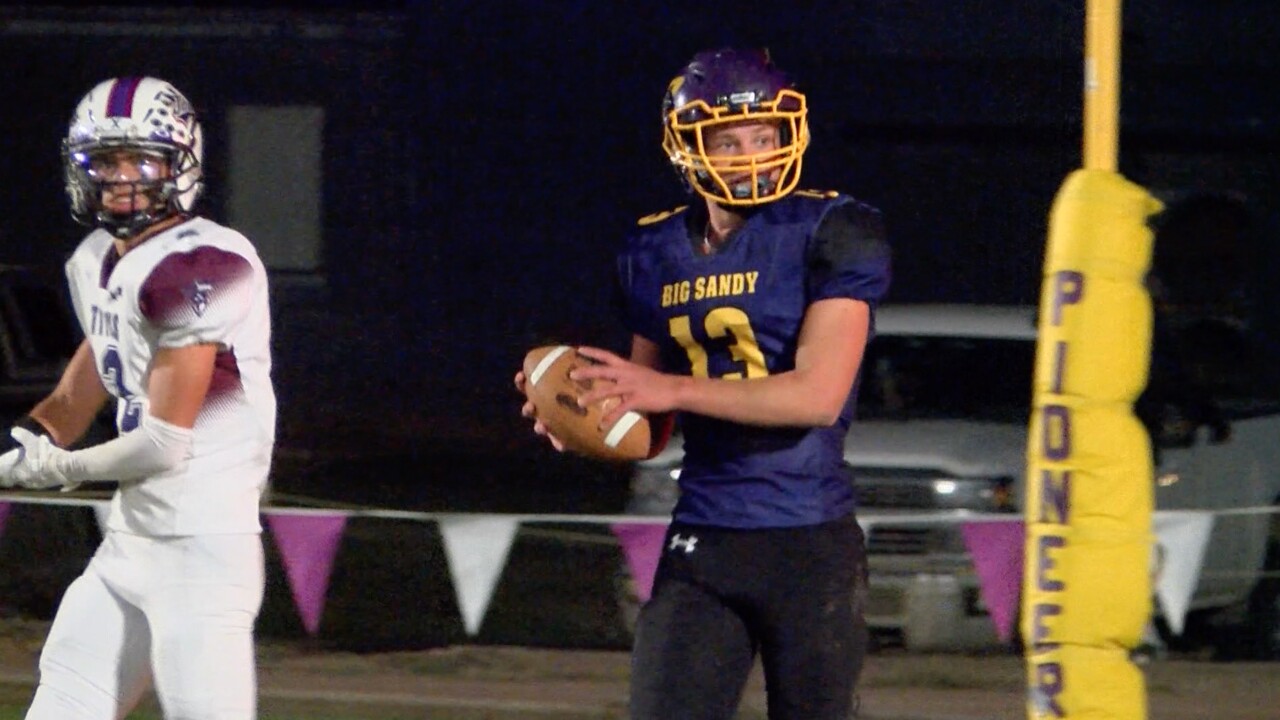 BIG SANDY -- Big Sandy's 6-Man football redemption tour continued on Friday, as the Pioneers took down another Northern Conference challenger to improve to 5-0 on the season.

Kade Strutz and Parker Proulx again had big games for the Pioneers, helping the team to a 46-29 win over the previously unbeaten Power-Dutton-Brady Titans. Strutz finished with 207 yards and four touchdowns on the ground, while Proulx added another 101 rushing yards and a score. Proulx also threw a touchdown pass to Kody Strutz.

Kade Strutz started the scoring with a 45-yard run in the first quarter, but PDB quickly answered. Nicholas Widhal connected with Spencer Lehnerz for a 58-yard touchdown pass, and the Titans would take an early 8-6 lead. Proulx's 43-yard touchdown run gave the lead back to Big Sandy before the end of the first quarter, and the Pioneers wouldn't trail the rest of the way.

Proulx and Kody Strutz hooked up for their touchdown in the second quarter, and Kade Strutz added another 27-yard TD. Big Sandy would lead 24-8 at halftime, but PDB kept things interesting in the third. The Titans got another touchdown from Lehnerz, and they kept the Pioneers off the scoreboard to make it a 24-14 game going to the fourth.

There were plenty of fireworks over the final 12 minutes. Kade Strutz had three rushing touchdowns in the frame, and Kody Strutz returned an interception for a touchdown. The Titans got scores from Tyce Erickson on a 10-yard run and Kellan Doheny on a 15-yard pass from Widhal, who finished the game 18-of-31 passing for 193 yards, two touchdowns and two interceptions.

With the win, Big Sandy clinched the 6-Man North conference championship and the league's No. 1 seed for the 6-Man state playoffs, which will begin the weekend of Oct. 23.