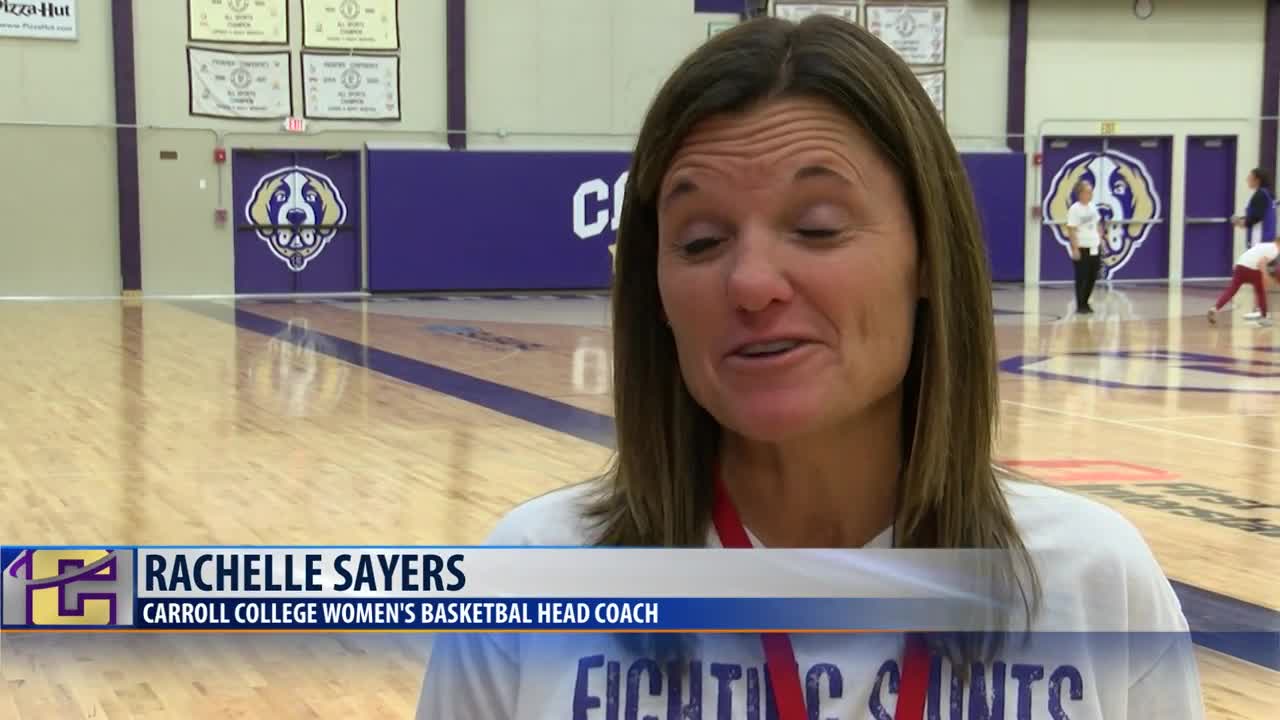 HELENA -- Like many programs across the country, earlier this week the Carroll College women's basketball team opened up practices.

With only three practices under their belt and eight new players, including Montana State transfer Kamden Hilborn and Boise State transfer Emerald Toth, there's a ton of changes around the program.

When you combine eight new players, setting the roster at a total of 18, and a limited number of practices, of course there are going to be some kinks to work out before the Saints host the Calgary Dinos on Oct. 20. However, that doesn't mean Sayers' assessment of the first three days was all bad.

"I love our energy, I love our talk," Sayers said with a chuckle as her players made their way off the court following Thursday evening's practice. "But we have a lot to work on."

As for how the Saints' plan of attack pans out for the 2019-20 season, Sayers said she plans on upping the tempo on the court, even though there likely will be some growing pains.

"We want to play a lot faster than we have in the past, and we're going to have to take some lumps with that. Probably a few turnovers -- more than I would want," she said.

Though that may be the case, in Sayers' tenure as the Saints head basketball coach, Carroll has made appearances in the NAIA National Tournament on five separate occasions, and she is less worried about the Saints' opener and more worried about making sure they adopt their new playing style to make a sixth appearance to the national tournament.

"This is a long season. Oct. 20 doesn't mean much to us, we're worried what's happening in March," said Sayers. "We've got to make sure we get through the process, we don't try to get too much in too early and miss out on valuable teaching."