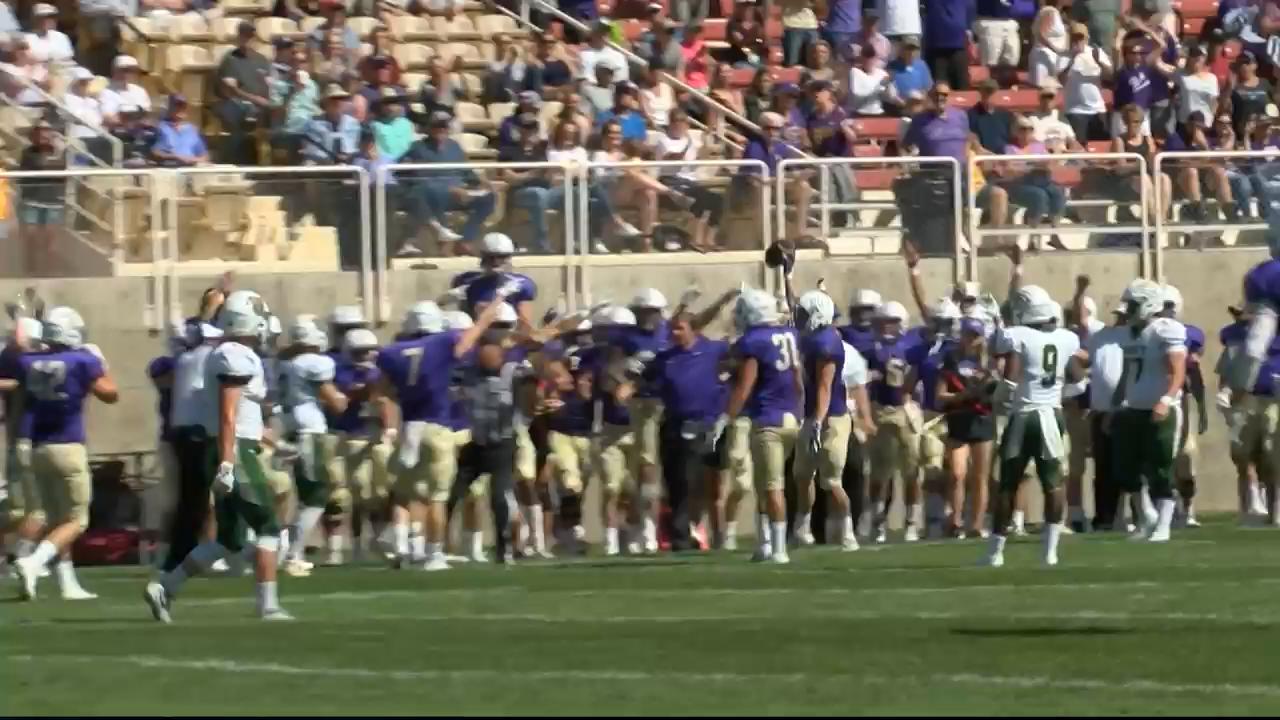 Matthew Burgess scored three touchdowns, and Carroll held Rocky Mountain College scoreless over the final 53 minutes of the game Saturday in a 44-7 win. 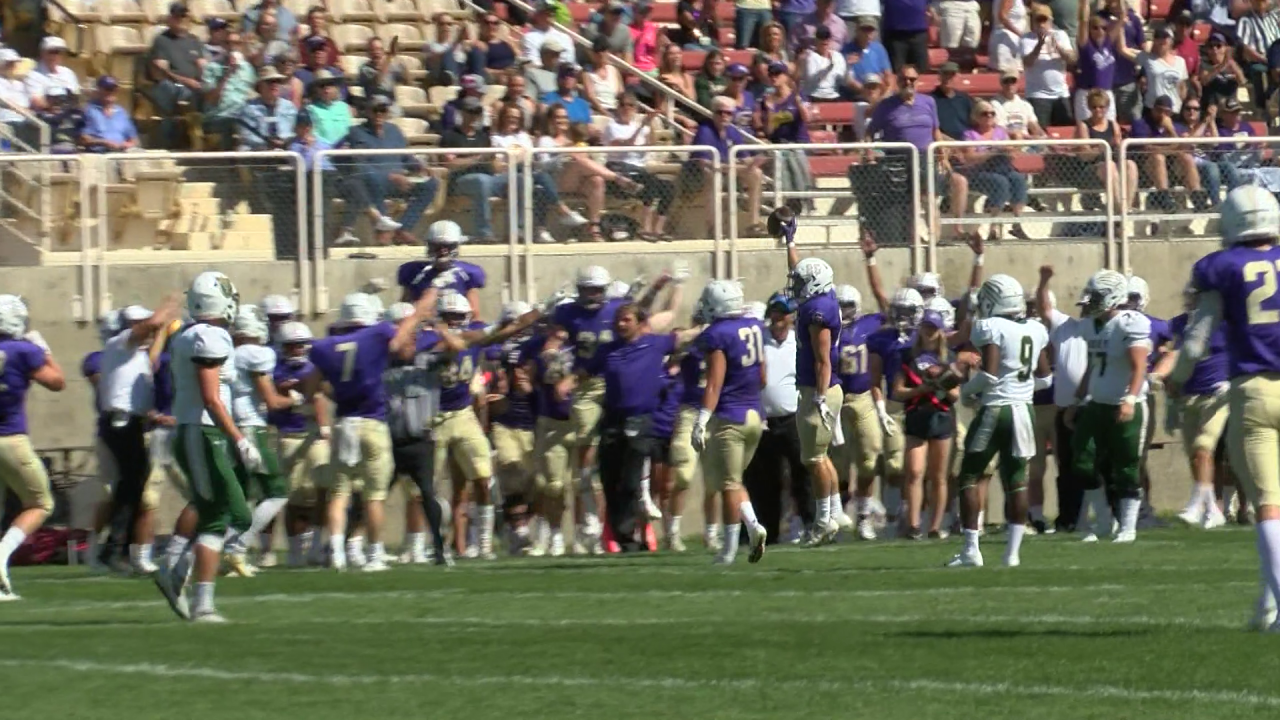 HELENA -- Reeling from a close loss to Montana Western, the Carroll College Fighting Saints made a statement in Saturday's 44-7 Frontier Conference win over the Rocky Mountain Battlin' Bears.

The Saints plan to march into the Frontier Conference with confidence.

The Saints fired out of the gates with a deep bomb from Devan Bridgewater to Shane Sipes, which helped set the Saints up to score their first touchdown of the game.

"I like taking shots and it was an opportunity to take a shot," said head coach Troy Purcell with a smile on his face.

A few plays later, the Saints tapped Matthew Burgess to pound his way into the end zone for his first of three rushing touchdowns on the day. Burgess also finished with 121 rushing yards, his second consecutive game in triple digits. When asked what was going through his mind during the game, "I don't really think when I'm out there," Burgess quipped as laughter scattered the room.

When Purcell was asked about his freshman running back, he had a bit of fun with it.

"Matt Burgess? Pretty good player. That recruiting coach is going to get a raise," Purcell said as the room erupted. "He's special. He's got the speed, he keeps playing over his pads and he's strong enough to pull his feet out. He can catch the ball out of the back field. He's got the burst and he's got some shakes, so he's a special player."

"The receivers were getting open -- getting to the spots where they're supposed to be, but when they just weren't open, the offensive line's got such good pass protection that I can find a little lane to take up," said Bridgewater. "It's really up to those offensive linemen. They did a phenomenal job."

On defense the Saints seemed to have the Bears figured out. Rocky scored on its first drive of the game on a pass from Drew Korf to Josh Kraft to take an early 7-6 lead over Carroll, but the Bears couldn't generate much offense from there. The Saints defense forced a handful of fumbles and intercepted the ball three times.