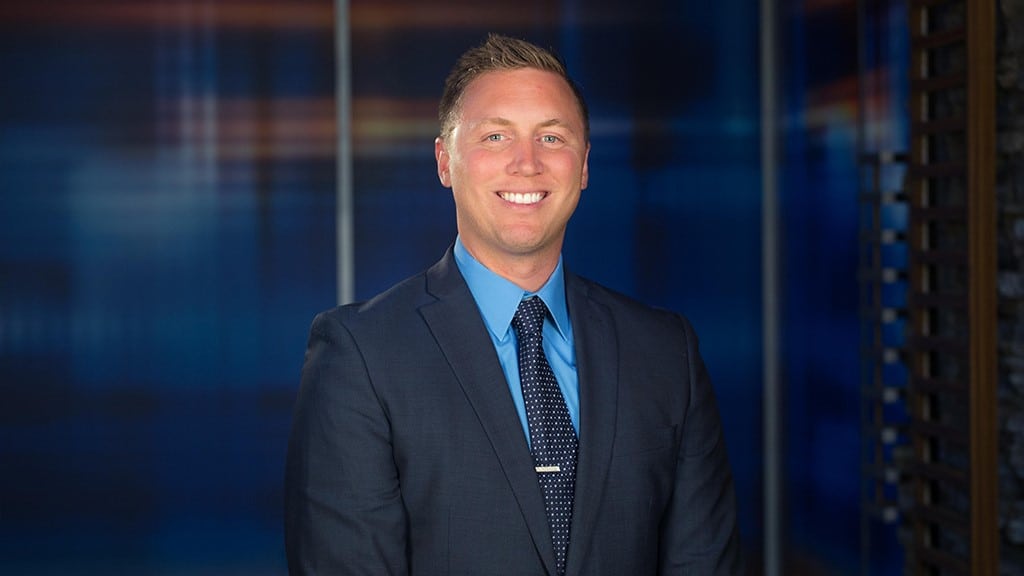 After spending two years in Tucson, Ariz., Richie Melby returned to Montana as the sports director at KTVH in 2016. After 18 months on the anchor desk, Richie has transitioned into a digital-first role with montanasports.com

Richie graduated from Montana State Billings in 2008 with a bachelor of arts degree in mass communication. He got his start at KTVQ in Billings before moving to Great Falls in January 2009, where he was the sports director at KRTV. Richie moved to Tucson in 2014, where he covered many great athletes at the University of Arizona. But, as a Hi-Line native, Richie was pulled back to Montana in January 2016. He has a strong relationship with Montanans and enjoys telling the stories of local athletes, coaches and teams.

Richie spends his free time with his beautiful wife, Fallon, and son, Lincoln.