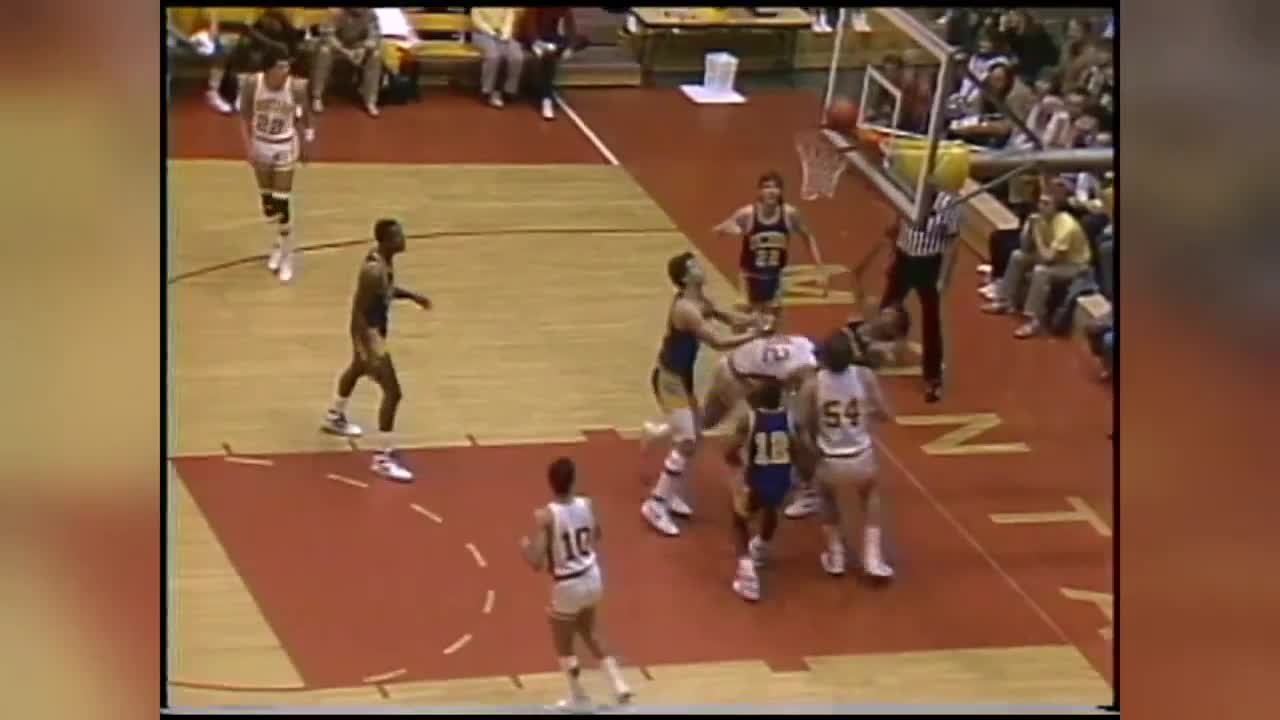 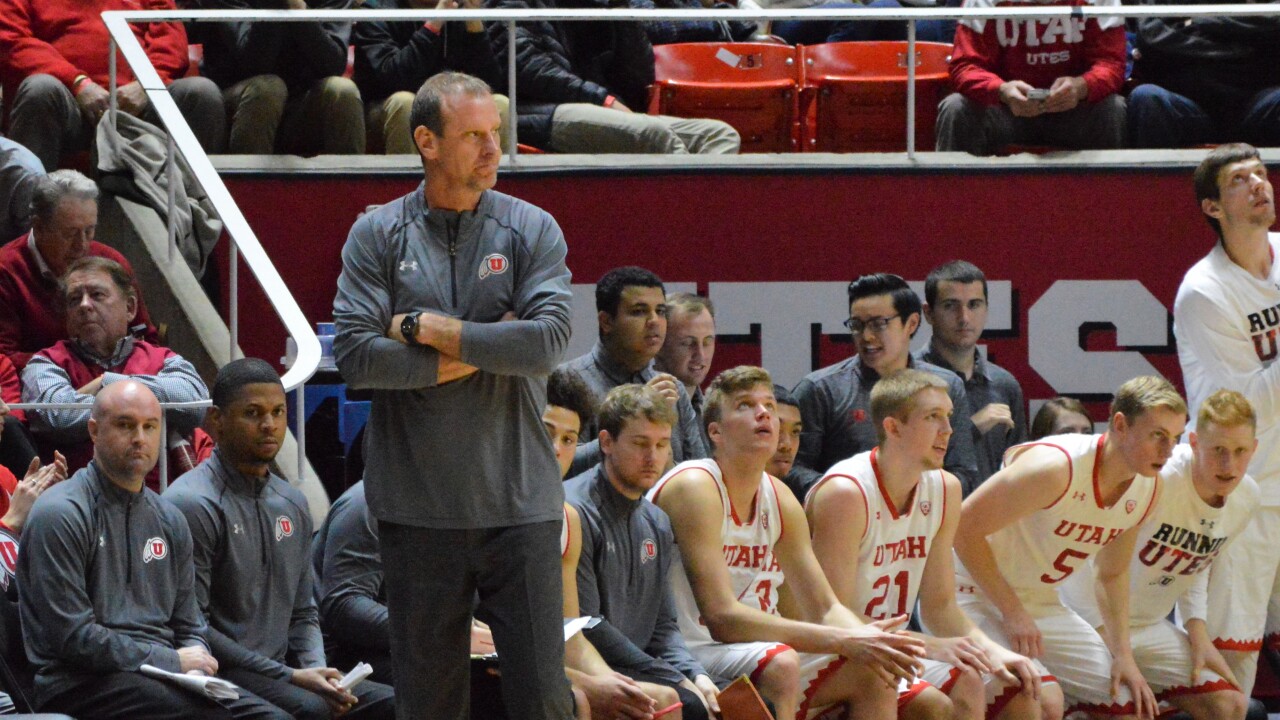 After starting his high school career in Shelby, he moved to Missoula and was a two-time all-state player at Big Sky High School. His legend really started at the University of Montana, though, where he scored more than 2,000 career points and grabbed more than 1,000 career rebounds. Krystkowiak was a three-time Big Sky Conference MVP, and the Chicago Bulls selected him in the second round of the 1986 NBA Draft.

Krystko enjoyed a nine-year playing career before joining the coaching ranks, getting his first head job at his alma mater. The Grizzlies won two Big Sky championships under Krystkowiak, advancing to the NCAA Tournament and upsetting fifth-seeded Nevada in the first round of the 2006 tournament.

In 2011, Krystko became the head coach at the University of Utah, and that's where MTN Sports caught up with him for this week's Sunday Conversation.

(Editor's note: This interview is from Friday, Dec. 13)

MTN Sports: Can you start by touching on the Griz football team? Do you still follow them or have you followed their season this year?

Larry Krystkowiak: "Yeah, for sure. Bobby Hauck and I go back a long way. He was actually our manager for our basketball team with Coach (Mike) Montgomery. We've been buddies for a long time. Coached at Montana the first go-around and I'm always pulling for the Griz, whether it's hoops, women's hoops, football. We always keep an eye on it. Coach Andy Hill has been here with me on the road for nine years now and we've got Montana in our blood, so it's going to be a fun night. Big game against Weber (State) and unfortunately my son is playing a basketball game further down south, so I won't be able to go, but it's quite an opportunity. These playoffs are cool and I'm wishing the Griz nothing but the best."

MTN Sports: Like you said, Bobby Hauck was head coach when you were head coach there (2004-06), you guys were both dominant. Can you touch on how exciting it was when both programs were firing on all cylinders?

Krystkowiak: "It's a great feeling when your school is doing well. We are kind of in the same deal with Utah here right now. Our football team is playing really well, our gymnastics team is one of the best in the country. You know, our baseball team won the Pac-12 title a couple years ago, volleyball is in the Sweet 16. It's cool to be a part of it, it's not always that way, there's a number of teams in each conference and you just don't ever want to take it for granted. It's great memories, I think we worked with great people administration-wise and students. There's really not a better college town, Missoula's fantastic. So, for us to have memories of winning in NCAA Tournaments and national football championships and those types of things, I hope the fans there realize what a special deal it is. It's not a sense of entitlement, but it's a lot of hard work, it's a lot of good fortune with players and finding the right recruits. You know, riding the wave, it's fun.”

MTN Sports: In your time at Utah, what have you enjoyed most about it?

Krystkowiak: "It's hard to believe this is Year 9. I got the job right when we moved into the Pac-12 so that was all new to me, and I think we went through a few years of trying to get our bearings and learning how to survive and that was pretty consistent with all sports -- football, everybody short of gymnastics, everybody really had to take a step up and then some of the recruiting and things, so we talked about survival initially. Then a number of years where you're trying to compete and now I think we're all in the mindset that you have to win and compete for championships. It's been a little bit of an evolution, but what an awesome spot. You look around at our facilities and we talk within our culture all the time and it's who are we and how do we do things around here. It's always people-based and you can have a great organization, a great culture without facilities that are so nice, but it sure is some great frosting on the cake when you got a solid group of players and people and then you get to come to some unbelievable, world-class facilities. We've got NBA teams and different people who are coming in to take a look at our facility and kind of copy some of the blueprints. So I feel very fortunate and blessed to be a part of it, and my family has enjoyed the ride. I had my kids grow up here and one's going to college now here playing at the U for us, Luc. It's amazing how fast time flies, but it's been an unbelievable opportunity and I'm proud to be a Ute."

MTN Sports: Touching on Luc, how awesome is it to coach one of your own sons?

Krystkowiak: "It's awesome and sometimes I forget. Sometimes I come into practice, film session, and it's a bonus to get to see one of your kids on a daily basis. I've got another one who is off at Dartmouth, which you don't see him very often. Love them all dearly and it's neat to have somebody right there who is going through it and a part of it. Makes it pretty special."

MTN Sports: Going all the way back to your high school days at Big Sky, what do you remember about that?

Krystkowiak: "It's such an awesome place. I spent my entire childhood and growing up and college in Montana and it's a special place. I hope when it's all said and done to get back up to Flathead Lake on a regular basis. I love the people and (have) great friends. The Big Sky was an interesting deal because the high school just opened when I moved there in 1980. The football team I think was 0-9, and the women's basketball team was 0-22 so it wasn't my first choice to go to Big Sky. I was moving from Shelby and we had a little bit of a group of misfits -- almost like the 'Bad News Bears,' some of the castoffs from the other high schools. We ended up winning the city championship, sweeping Sentinel and Hellgate and it turned out a lot better then we probably thought going in. Coach was a great coach the whole time and then just to be able instead of moving again to be able to go to high school and stay in the same community with my brother and not have that transition was really big. I think it allowed me to take some steps earlier than if I would have left the state. You need to go through that process of becoming familiar with everything, and I was just starting to get familiar in Missoula and Coach Montgomery and Stew Morrill, our coaches and the tradition. We made use of good, big men. It made really good sense for me to stick around. So, I never would've predicted how it went you know. We just kind of stayed in the fight and got better annually and caught a break when I needed to. But obviously basketball has been an amazing thing for me as a player and as a coach. I am very thankful."

MTN Sports: Speaking of Mike Montgomery, we dug up some old footage of him praising you and your time at the end of your playing career at UM. Do you guys still stay in touch?

Krystkowiak: "Mike has done a bunch of work with the Pac-12 Network, so he'll do an occasional game and we catch up. We visit with each other and I do lean on him for advice when the time comes. He's been a great inspiration for me. He pushed all my buttons the right way. You know, he was kind of a hard-driving coach, he wasn't a touchy-feely kind of guy. He wasn't going to sit there and tell you that you accomplished much. He sat there and pushed my buttons and it works really well for me. I played hard for him, I tried to do things for him. He was kind of an extension of a family member, as some coaches are. Then he went on to have Hall of Fame-type success as a coach. Part of that coaching tree goes all the way back to Jud (Heathcote) and (Jim) Bradenburg. And I'm still really close with Stew Morrill, who is at Utah State for a number of years and he's retiring now. Good, good people and super lucky to have had a chance to be coached by them."