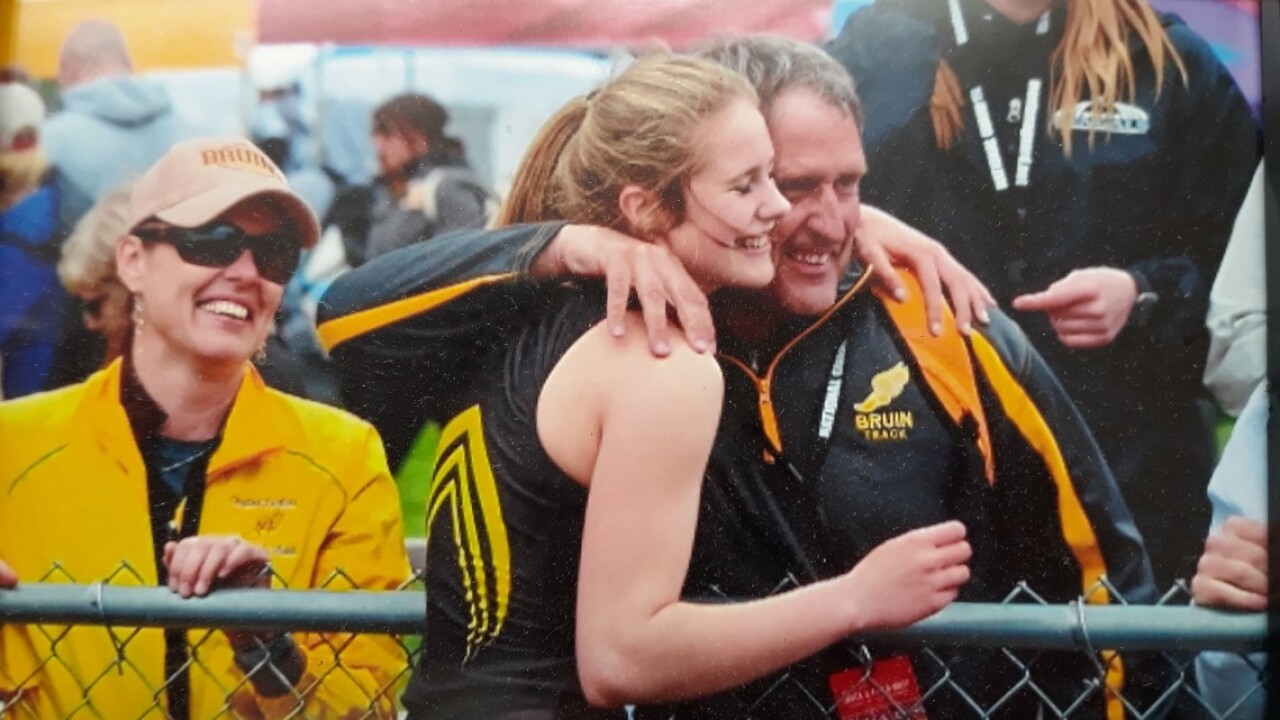 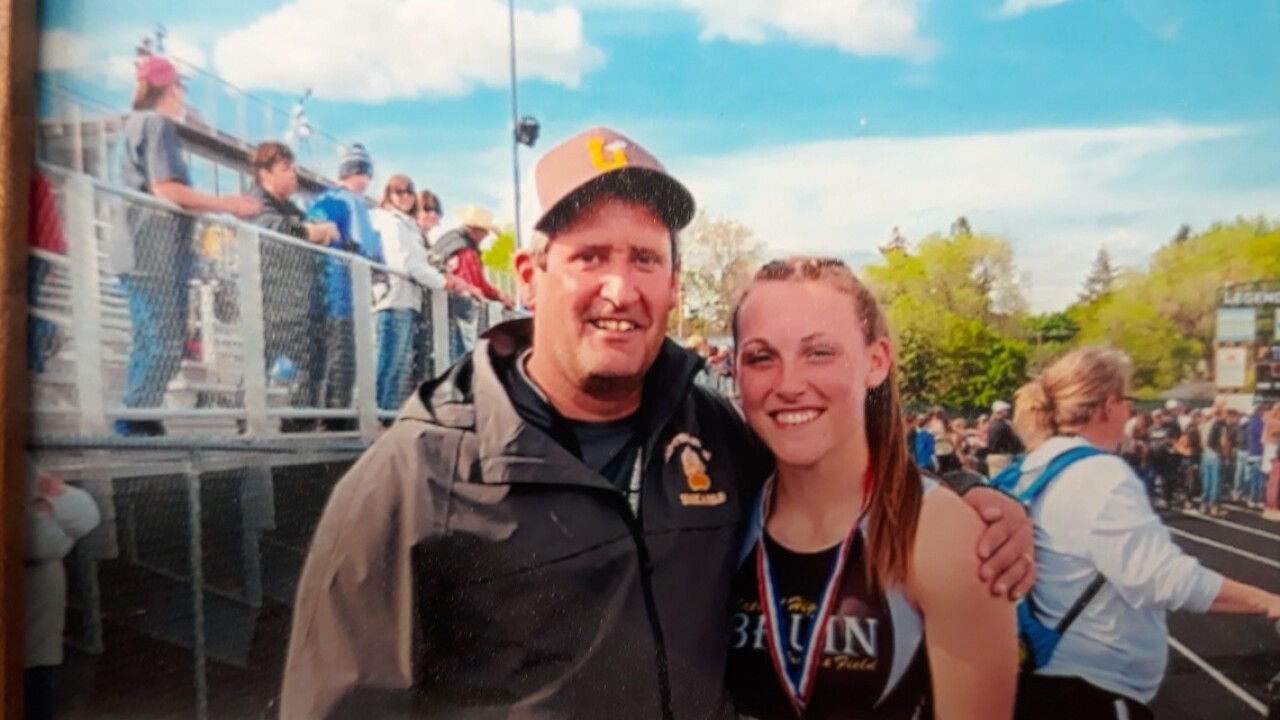 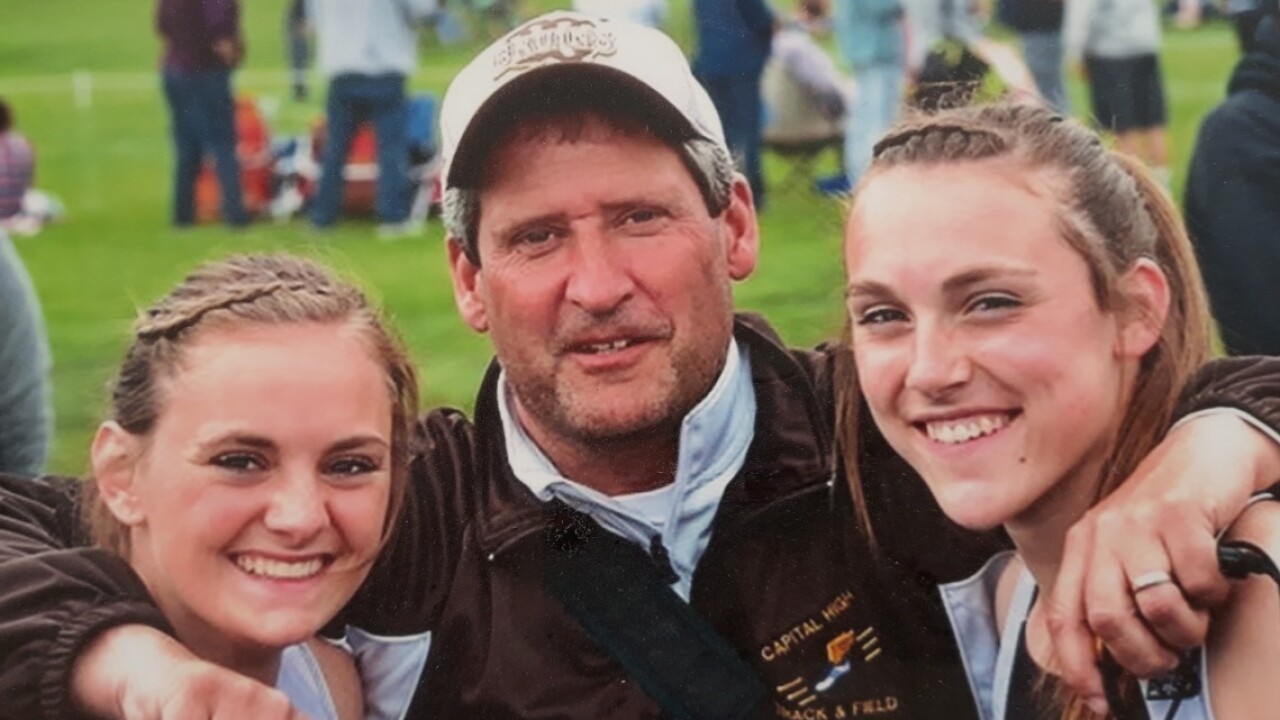 HELENA -- Montana's high school track and field scene used to be littered with coaches that owned decades of experience. From the days of Guy Stenger, Swede Dahlberg and Ralph Halverson, to more recent mentors like John Cheek, Lyndon Conroy and Dan Hodge, Treasure State athletes have been fortunate to learn from coaches with a bevy of knowledge.

The Helena Capital track and field teams know this fortune firsthand, with mentors like Lon Carter and Shirley Chesterfield-Stanton leading the charge. Dick McMahon was another staple for the Bruins, serving in a large capacity of roles, including head coach of the girls program the past four seasons.

McMahon announced his resignation from the track and field program earlier this week and sat down with MTN Sports to discuss the decision, the memories and the camaraderie that is track and field in Montana.

MTN Sports: Talk about the decision that went into stepping down as the girls track coach at Helena Capital.

Dick McMahon: "I guess the biggest thing for me was, and I said this in my little message to the kids too, is that I just didn't know if I had the time or the energy that I think that they needed from the person who was leading that program right there. And, and it's not that, by any means, did I not love coaching track anymore -- in fact, it's one of my favorite things -- but I was robbing from some other areas that I thought that I needed to do a little bit better job with myself. Heck, my wife might probably disagree, she'll probably say that she'd rather that I'm out there coaching track, but, to be honest with you, I just felt it was probably the right time. And those kids, a change in leadership is definitely going to hopefully bring some excitement to them. It was nice. I got a lot of nice, nice messages from some kids, and it meant a heck of a lot, but I think it's just a good time right now for me to step away. And I did not want to put somebody else in a bind where, if I waited too long and then all of a sudden I made a quick rash decision, that they didn't have time to prepare and get things ready to go. So it was just time."

MTN Sports: How many years was it?

McMahon: "I've been with the track programs, boys and girls both, for 17 years, the last four as the girls head coach. You look at what Lon Carter and Shirley Chesterfield-Stanton, their tenures that they had, I can't tell you how much I respect them for the amount of time that they've gone through. But to be honest, that's kind of a dying breed right there. Those coaches that are lifers going through it, you have Lon and we had Shirley, and obviously you have (Butte's Chuck Merrifield) and (Dan Hodge) up in Kalispell, but there's a lot of time. One of the biggest things that I saw was just the amount of time that they were putting in with these. We started our stuff in December and we're not getting done until June, obviously this last year with COVID, that brought a whole different set of things that we had to deal with, too."

MTN Sports: I was going to ask about it, because it doesn't seem like that long ago that I was sitting down with Shirley (Chesterfield-Stanton) and talking about this same exact moment (her retirement), and then talking about her national Hall of Fame, some of that kind of stuff, and same thing with Lon. But just working with those guys, you talk about these different lifers and these different breed that we don't see as much of any more, that had to rub off, right?

McMahon: "It did. I couldn't have two better mentors for me to be around. I mean, I blame Mark Samson and I blame Lon Carter for me getting into this. And it's a good way. When Mark took the (Montana State-Northern football coaching) job, coach Carter asked me to help coach and -- well, I shouldn't say he asked me, he told me, there was no asking involved in that -- and I said I would do what I can. It turned into a 17-year thing. Shirley was always very good to me, even when she was coaching the girls, and I can't thank her enough for all that she did for me, helping the transition from what she brought to the program to what I did, too. Just great people to be around."

MTN Sports: Let's first just talk these last few years, because there's been some incredible girls athletes at Capital that have come through here, some state champions and record breakers in the program, and obviously the trophies that came back with these guys. How much fun has that been? I know it was a shorter time as the head coach, but man, that was a pretty good time to be the head coach.

McMahon: "Yeah. They make it real easy for you, and also the assistants. I'll be honest with you, I was a figurehead, at best, on this whole thing. You have people like Tim Kelly and Hollee Goody and Scott Lane, and I hope I'm not forgetting some folks, but they're truly the ones in the trenches with that one right there. I just, I guess, was the pretty face that they had there, but yeah, lots of great memories. I'm probably most excited that our kids were not just good on the track, but good in the class. And we had three times where we had the highest GPA of any Class AA school. The National Guard does this little program (MHSA/Army National Guard Academic All-Team Award) and it was neat to see that, but then we kept building a little bit more, a little bit more each time. And heck, that first year we had four or five seniors, and by the end of it, we're up to 22, 23 seniors. I wish the kids last year would've got that opportunity (to compete), too. But lots of, like you said, lots of memories, lots of recent memories. Elena Carter winning a long jump title, and it was like her fourth or fifth time ever long jumping. I mean, how? What a smart person I was not to put her out there a lot earlier. Just the competitors that you had, and then the near misses that you have. Melissa Moreni in the hurdles, I will tell you right now, she would have been a state champion last year. I firmly believe that if we would have had that season (she would have won a state title). And then the show that Audrey Bloomquist put on at the state track meet, placing in six events two years ago and capping it off with a school record in the triple jump. Probably the greatest competition I've ever seen was the triple jump in 2019 when you had to jump close to 38 just to get on the stand. It was just a heck of a competition. And our relay teams, I mean, we set school records and take second to Billings West. I mean, that is a machine over there. And the one time we beat them, then they come back and beat us later on, but it is what it is. There's so many memories in the near misses that we had with kids. I think we set a record in seventh-place finishes at divisionals. So I wish those kids would have been able to get that competition, as well, but lots of fun."

MTN Sports: That track community, you already talked about some of the other coaches, some of these guys around the state, some within your own program and within the city itself, but man, it's fun at that state track meet, especially when you bring in a couple of classifications and stuff. What's that community been like over the last 17 years?

McMahon: "They're very supportive. I think track in Montana has definitely grown and the level of competition had to rise. And as a coach, you had to rise with that, as well. But people appreciated so much just a good competition, and you look at kids who set a state record, it could be a Class C kid, like you said, that you don't normally see, or a Class B kid that you don't normally see, and there's some great athletes around there at those smaller schools that would make hay in our AA programs, as well. I think one of the best things I saw was that unified relay that they brought in a few years ago. What a great opportunity because those kids, it's not about the competition, but just getting out there and being around everybody and how they were embraced by a lot of our AA coaches and coaches around the state. I think that's a good, good move by MHSA off of that part right there."

McMahon: "Yeah, and hopefully I have a role somewhere in track sometime. I guess I liken it like this: It's that I'm probably a better drummer than the lead singer, let's just put it that way. I hope I'm not the cowboy who's riding off in the sunset, I just hope I'm a cowboy jumping on a different horse and things like that. I want to be a part of, any way that I can to help out, if it's a case that it's offering some advice, if I have any don't follow it. But if it's just a way for me to help out and stay connected, and who knows what that is, I'm excited. Again, it's a bittersweet time. We'll see where the next direction takes us."

MTN Sports: One final thing that I forgot to ask before there's anything you'd like to add in there, but every track coach kind of has that specialty, just like on the football fields where you've got coordinators everywhere, over those 17 years what would you say that specialty is? What was it back then? And did it transform into something else?

McMahon: "I think I faked through a lot of things for a lot of years. You beg, borrow and steal. I coached the sprints, I coached the relays, but I took a lot of things from people like Rick Thompson, who's probably, I'll be the first to say it, one of the best track coaches I've ever been around. And Scott Lane, and like I said, coach Lon Carter and coach Shirley Chesterfield-Stanton. Hopefully it wasn't just about the events you coached, but how you treated people. And I think that's kind of where I was at with it. I was never a star athlete. I never could, but I could watch people and I could hopefully analyze things and figure out ways to improve things. I think that was kind of my benefit that I had going for me."

MTN Sports: Anything else you would like to add?

McMahon: "Thank everybody. I mean, it's been a heck of a run, probably one of the most rewarding experiences I've ever had, so thank you so much."