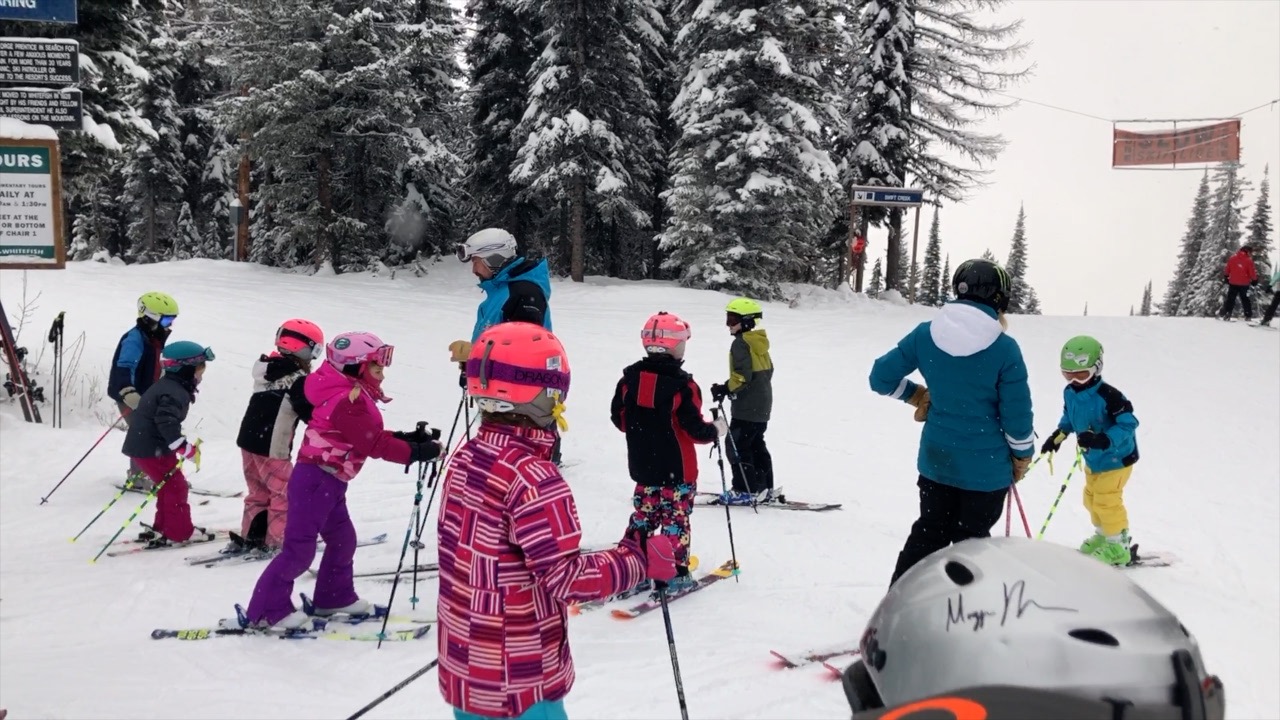 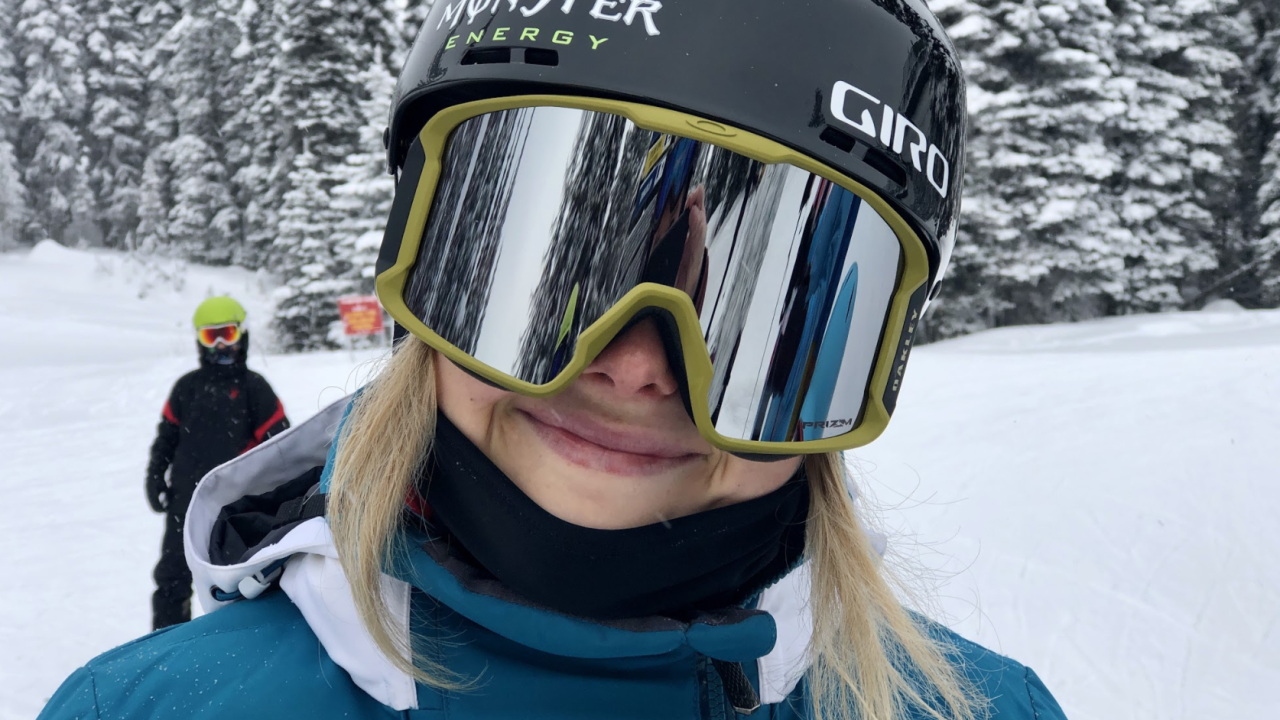 MISSOULA — Maggie Voisin is a familiar name across the state of Montana. The U.S. Olympic freeskier was born and raised in Whitefish before breaking onto the biggest stage in the world. At the age of 15 Voisin qualified for the 2014 Sochi Games as the youngest member of the Olympic Team before fracturing her leg in a practice run that sidelined her.

Voisin also became the youngest skier to medal in X-Game history. She recently won another gold medal at X-Games Norway before the pandemic hit. However, since then Voisin has been up to some other cool stuff.

MTN Sports got to catch up with her for this week's Sunday Conversation.

MTN Sports: Can you touch on where you’re at right now with skiing and just life?

Maggie Voisin: “Yeah, back in July I was able to ski park for the first time since March since I competed in Norway X-Games there. Super exciting, had a really fun trip, but unfortunately, on our second to last day, I just had a silly crash, tweaked my knee a little bit. I found out a week or so later that I needed to get surgery, so I am about two months out from surgery right now. Just kind of grinding, started doing physical therapy again, back in the gym just focusing on my strength. Hopefully, I’ll be skiing by the new year, that’s the plan, so just trying to keep the body healthy and happy, that’s the goal.”

MTN Sports: Can you touch on your experience with COVID-19 as an athlete?

Voisin: "It was in March when everything started to get serious. I was still competing at X-Games Norway and I was supposed to be in Europe for a month. I went to Budapest and had four days to hang out with one of my friends who is studying abroad in Budapest, and we woke up at like 5 a.m. European time and I had like 40 messages and missed calls. That’s when the travel ban got announced and I woke up and someone had already booked a flight for me back home. So, it was so crazy. Within a few hours I was at the airport flying home when I thought I was in Europe for three more weeks. Everyone’s had to pause their lives right now, I was just grateful that I had a team of people that got me out of there that quickly. I didn’t really have to stress about it. I went back to Montana and I haven’t really left. Like I said, in July I was able to ski at Mount Hood, but other than that I’ve been hanging out at home and it’s obviously been an adjustment and everyone knows it’s just kind of crazy times right now. It’s been great to just be surrounded by friends and family and just trying to make the most out of every single situation."

MTN Sports: Can you tell us about your new ski film, something you’ve told us you’re passionate about?

Voisin: “It's been my dream for so long. I grew up watching ski edits and ski movies. It was something I always wanted to do. I originally started filming in 2019, but then I got my ACL surgery last year so that kind of halted it. We decided to make it a two-year project. So this season when I got back to competing and back on my skis basically in between contests I would go on ski trips or I would hire a filmer to film me for a day at Park City (Utah). We just kind of made it happen and it was a crazy experience. If you haven’t seen my edit "Swiftcurrent" and you know who I am, you would generally see me in the park skiing all the man-made features, but the majority of it is backcountry skiing and another side of skiing, something I’m super passionate about. It was just such a fun process and it’s so different being in the backcountry and so eye-opening, and I have so much more to learn when it comes to it but I’m just so excited to open the door to that new opportunity. I honestly planned on doing a bit more filming, but then, with COVID, obviously I didn’t really finish. There probably would have been more park skiing had that not been the case, but I’m still happy with how it ended up and the process was so fun.”

MTN Sports: You got into the sport at a really young age. How do you feel you've matured in the ski world?

Voisin: "When I got into the sport I was definitely the rookie. For the first four years of my career, I was 'Baby Mags', that's what everyone called me. I kind of always have had more of a mature personality for my age. So I really just kind of blended in with everyone that was older than me and it never really felt like I was much younger. Now as I’m getting older in the sport there are so many talented young females and I’m one of the older girls out there. I am a veteran, obviously, I’ve been in the sport for a while now, too, like you mentioned, which is so crazy to think. I feel like some of those older girls passed the torch down to me and now I have it and now I can pass it down to the younger generation. It’s really fun, it’s really cool to think about in that sense that these girls I’m competing against I hope that along the line somewhere I inspired them to get to this level, and that’s how I felt when I competed with the older girls when I was a rookie. I was competing and learned and fed off of all these females that I looked up to in my life."

MTN Sports: Last question: Can we expect to see you up on the mountain this winter?

Voisin: "As of right now, just with my knee, my main focus is to get back on my skis. I don’t know exactly what that looks like for my season right away. My goal right now is the Olympics in 2022, so I just want to stay as healthy as possible in regards to the future. As of right now, yeah, I’m just kicking it in Montana. I’m sure I’ll go back to Park City once I can ski, but if I’m not competing and just kind of skiing and getting back on my feet, then you’ll definitely see me in Montana, probably up in Whitefish because that’s home and I love when I can rip the home resort."