Sunday Conversation: Kelvin Sampson reflects on his roots built in the Mining City 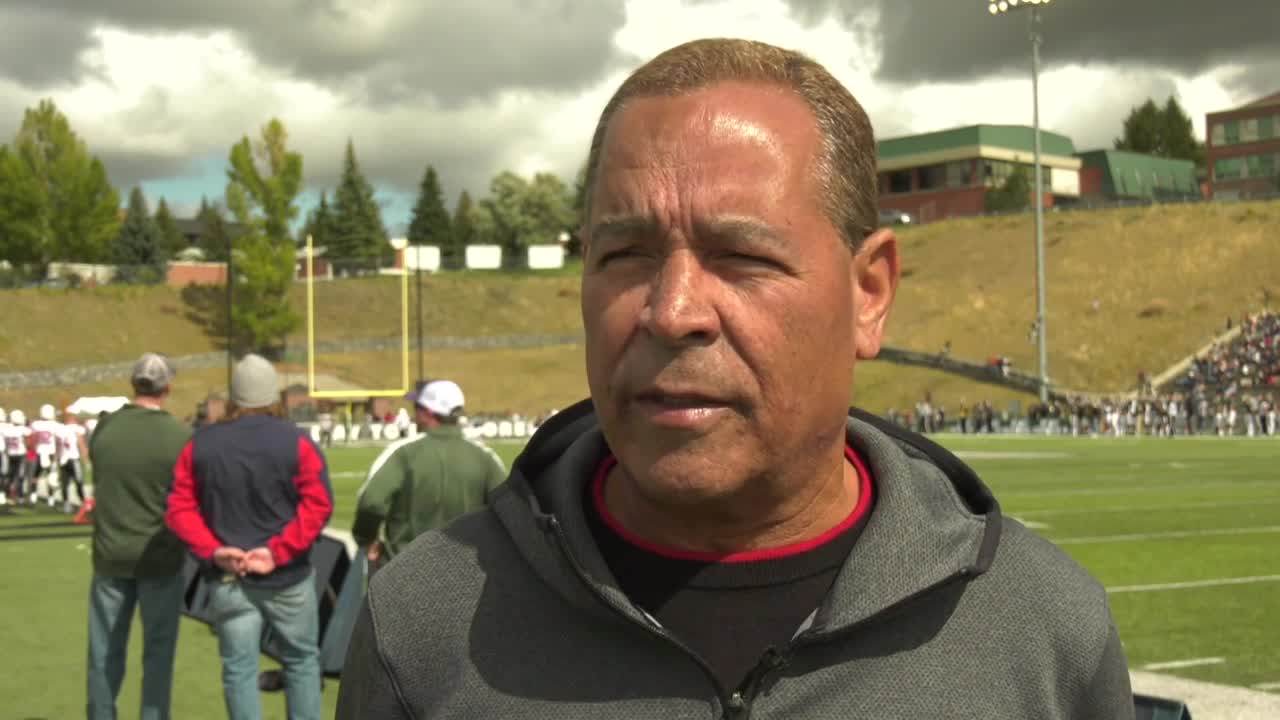 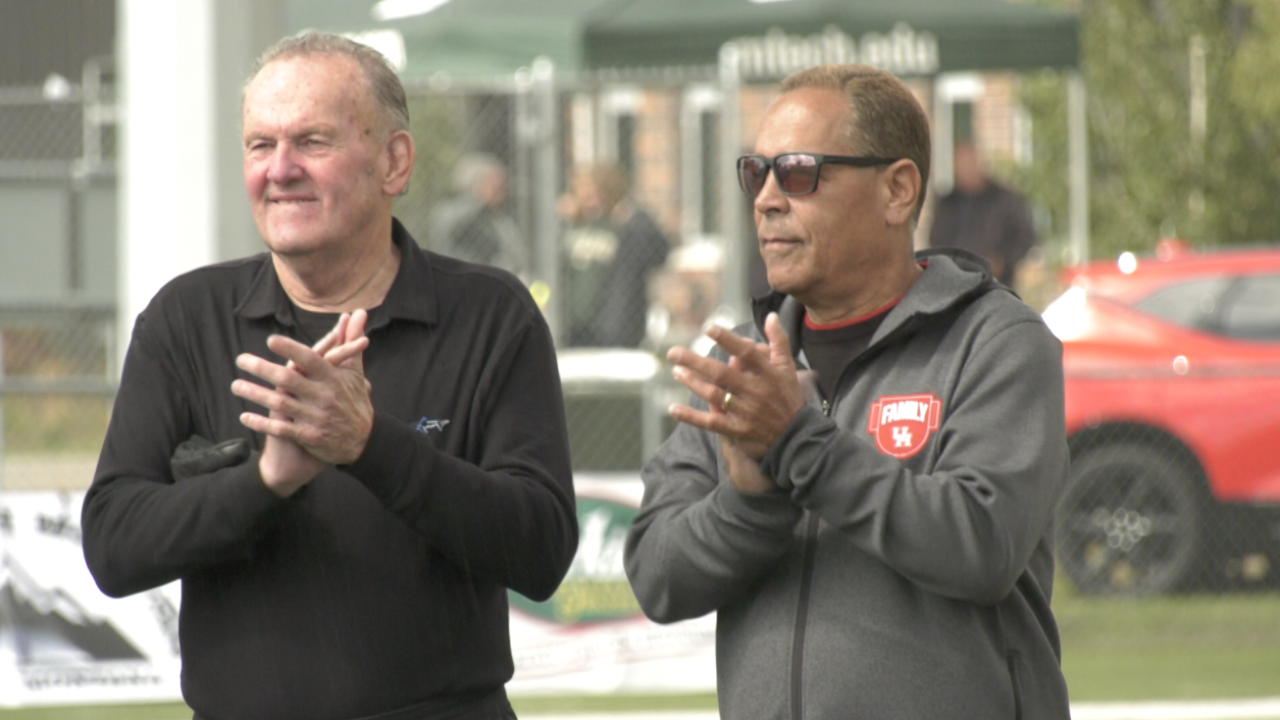 BUTTE — Numerous prestigious head coaches have called Butte home at one time or another, particularly mentors on the football fields. But the Mining City does have a special basketball connection, with Montana Tech actually naming its basketball court after its former head coach, Kelvin Sampson.

Now the current University of Houston men's basketball head coach, Sampson recently returned to Butte for Montana Tech's Homecoming and Hall of Fame festivities, where his former basketball teams from 1982-83, 1983-84, and 1984-85 were inducted. Sampson caught up with MTN Sports' Dom Tibbetts to reflect on his time spent in Butte in the early part of his career as Montana Tech's men's basketball head coach in our latest Sunday Conversation.

MTN Sports: First thing off the bat, how does it feel to be back here? How long has it been since you’ve been back?

Sampson: “You know I actually came back i think about 5 years ago to speak at the commencement. But Joe McClafferty who played for me for four years. He and I have just established a wonderful relationship. He’s done a great job of making sure I stayed connected in the hectic crazy world where you are. I’ve always appreciated Montana Tech taking a chance on me... a young guy who really didn't have any reason too, but they did. I’ve coached at some great schools, made some great relationships, but Montana Tech has always been near and dear to my heart because both my kids were born here in Butte and raised other places but they were born here. This in a lot of ways this is home for us.”

MTN Sports: This is the second time in the past couple years you’ve been here, but what have you always noticed kind of changes when you come back?

Sampson: “Just the growth of the school. And the brand of the school. You know the buildings, when I was here there were buildings but you never had the feeling it was a campus, but now you walk in here and it’s a really really nice, beautiful upscale, up-to-date, modern college campus. They’ve done it right. The thing I like about it here is I’m looking over at all this green space and there’s room to grow even more. But Montana Tech has a national brand and also an international brand. They’ve got excellent coaches in place, excellent athletic director, the president is progressive, but guys like Joe McClafferty he eats, breathes, and sleeps Montana Tech. And the more people you have like that the more it makes your whole system better.”

MTN Sports: I know it’s been a while since the court was dedicated to you so you’ve seen it a couple times. But what is that feeling like when you come back after it’s been a couple years and you see your name on their basketball court. I mean that has to mean so much to you?”

Sampson: “Well it does. For me my thoughts go back to the players that made that happen. Winning three straight conference championships going from where we started to where we wound up. Joe Pluckett, Darren Lalumba, Brian Vons, Teran Carter, Kevin Johnson, Joe McClafferty, Danny Trunowski. My name is on that court, but that's our program name. You know Coach Hiatt, I talked to his team this morning and watched them play a little bit, I’m excited for them this year. That court's legacy is established. When all those guys on those teams were so successful I make sure their noted that they’re a part of that too.”

MTN Sports: Kind of going off that Mantra of how it was a team effort and it’s all for the group that you were coaching, how much does that mean to you to see everybody getting that recognition?

Sampson: “I think the most important thing about coaching is getting young men at a critical time in their lives and getting them to play for something much bigger than themselves. Making sure they understand the difference between being selfless and selfish. And then watching them grow, and develop. Go on and be successful. Some of these guys I haven’t seen in 37 years so it just gives you a warm feeling in your heart that we weren’t forgotten. That we’ve been remembered in such a positive way. I can still remember recruiting them and now some of them are fathers, even grandfathers. That’s just the evolution of life, it’s why you coach.You don't coach for awards or money, you coach to develop young men. But the beautiful thing is I grew up having these relationships rekindled after all these years so I want to thank Montana Tech for bringing all of us back.”

MTN Sports: The deep final four run you had with Oklahoma, and the sweet 16 appearance this past season with Houston, as a college basketball fan myself, I think that’s really cool. But to be able to reflect on the fact of your roots of where you started and to have that success, tell me about that journey.

Sampson: "Well when I drove across that mountain... Homestake pass I was 24 years old. I didn't know if I was on foot or horseback. I was just chasing a job, chasing a dream. No idea where it was going to lead me, but sometimes you have to bet on yourself. And understand often times the first step on the ladder to success is failure. I coached a team the year before that went 5-22. The next year we went 4-23 I've never forgotten that. I learned so much those years. And those kids allowed me to coach them. Our team wasn’t very good, but I don’t think I was very good then either so we kind of learned together. And the next year we were fortunate enough to recruit some really good players. Kevin Johnson, Teran Carter, Kent Andre, Joe Puckett, Craig Russell, Andy Cook. I could go on and on because I love that team. Next thing you know we’re winning and it just started building. But you know those guys have such high character and they believed in each other. We believed in each other and watching it grow. But no matter where I’ve coached I think we’ve taken four different teams to the NCAA tournament. Washington State, Oklahoma, Indiana, and Houston. But you should only have one wife, you only have one life. But you always have the first team you coached that was successful. That was a period of my life where I was learning. I learned a lot from those kids...I probably learned more from them than they did from me.”

MTN Sports: Favorite place back then to eat here in Butte and then is there any new place you’re a fan of?

Sampson: "First I’ll give you one light and one heavy. The favorite place is Lydia’s. Where the steak and spaghetti, I’d never seen that combination before and I loved it. And then if I wanted something quick I’d go to Pork Chop Johns. Mustard, pickles, pork chops, bun that’s all you’d need."

MTN Sports: I love it. What was your favorite thing to do in your free time around here in Butte?

Sampson: “My free time I just remembered being in the office drawing plays up or watching film, or trying to figure out how to make myself better so I could make my team better. I wasn’t much of a vacation guy. My favorite thing was just going home and being with my family. Lauren was born in 1981, so she grew up three years here in Butte. And then my son was born here but he was only here 11 days because we moved right to Poland from here. Just having a young family,and this community is such a family-centered community and it’s just a terrific place to raise a family.”