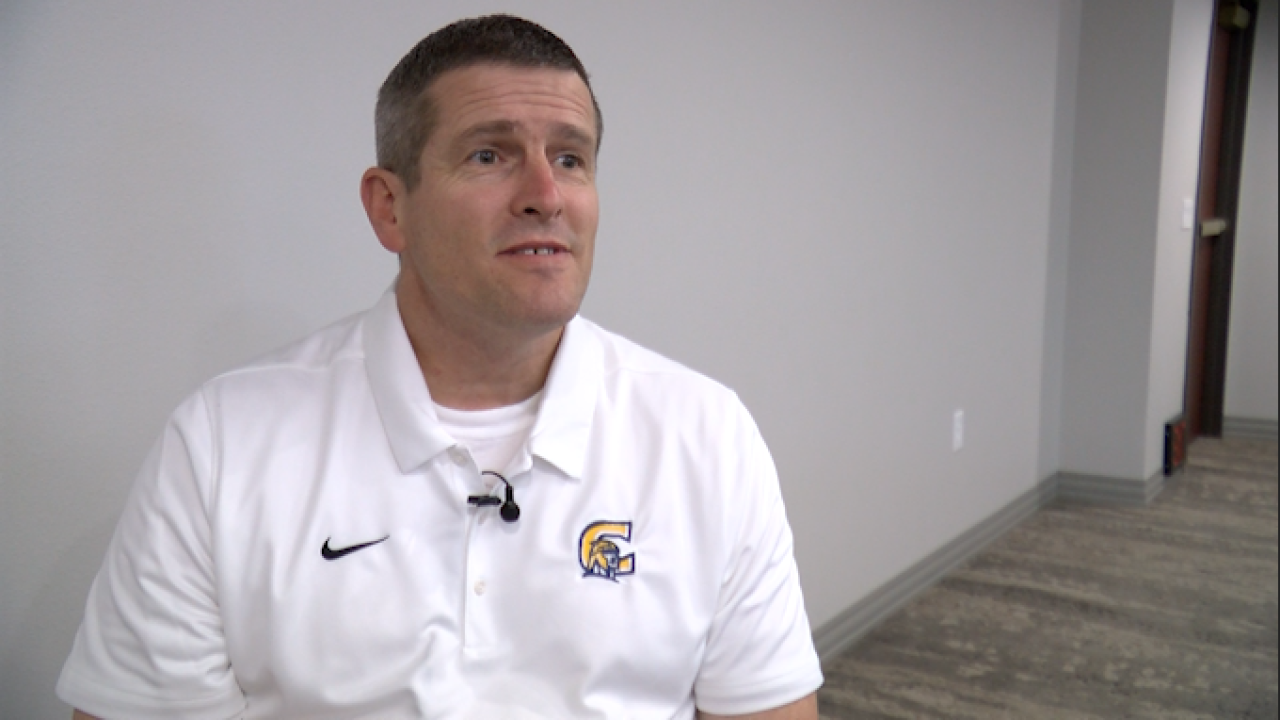 HAVRE — Bill Pilgeram continues to find ways to coach in Montana. Of course, he's coaching the road team these days.

The Plains native and former Carroll College star still makes plenty of trips to his home state as the head coach of the women's basketball team at Corban University in Salem, Oregon. The latest trip was a November tilt this year that included games against Montana State-Northern and University of Providence.

Pilgeram enjoyed a long run of success as the head girls basketball coach at Helena Capital High. In his tenure, the Lady Bruins went to 11 State AA tournaments, finishing runner-up twice and winning it all in 2015. Prior to coaching the girls, Pilgeram spent eight years coaching the Capital boys, compiling a 95-75 record.

Pilgeram left for Corban after the 2017-18 season. The Warriors went 25-10 during his first year at the helm, a 12-win improvement from the previous year.

MTN Sports sat down with Pilgeram during Corban’s most recent trip to the Montana to chat about the new gig and reflect on his time in Montana.

MTN Sports: How does it feel to be back in the Treasure State for the weekend?

Bill Pilgeram: "Oh, it's always great. Come back see friends, see family. See, this place has been home for a long time, it'll always be part of my home and so it's been a lot of fun. It's been fun showing the girls some of my background and everything. Also we got to practice at Capital High School yesterday on our way through Helena and just some things like that. It's a part of me. Know that I could share with them and then we get to travel around Montana. It's been fun."

MTN Sports: Tell me about coaching at Corban this year.

Pilgeram: "Corban is just an awesome place. It was one of those places that I wanted to go to that attracted me. Just a small school with a Christian background and great people there. Great area. My daughter went to there, so I knew a lot about the school and everything. And so it was just the type of place that I wanted to be. Nothing chasing me out of Montana or anything. It was just an opportunity that I couldn't pass up when I saw that it was open."

MTN Sports: Talk about that decision a little bit. I know you had a lot of time at Capital, but then this opened up. What made you decide that that was the move?

Pilgeram: "Well, we were getting to the point my wife and I, we had actually had a discussion during the fall of that year that it happened. Just a long-term, maybe five-year plan, that at some point there I was going to be ready to retire from teaching and possibly want to do the small-college type thing. There was a few small colleges on my list really. Carroll and Corban would have been at the top of my list for those and coach (Rachelle) Sayers doing a great job of Carroll. I don't see her changing or done anything soon. And then Corban opened up and so it was sooner than I planned. I had no plan of necessarily making that move that soon but when the job was open, you never know when it's going to be open again. And so it was the perfect type of school that we wanted to go to and so, had to go for it."

MTN Sports: Are you liking the transition from Montana over to Oregon?

MTN Sports: You spent quite a few years at Capital, but take me through your coaching journey from when you started, then back in Montana and then out here.

Pilgeram: "Oh, boy. So my first six years out of Carroll was at Colville, Washington. So we went out of state. It was where my high school coach, Paul Dumas, was at. So we had a great in there, knew people there. But always had kind of that pull back to Montana, back closer to family and my wife's from Montana also. And so when the Capital job opened up, that seemed like just a perfect fit. And it was. I bleed brown and gold. I’ll always be a Bruin. They’ll always have a special place in my heart. All my colleagues there, all the students, all the players that I've gotten a chance to coach. They're just great memories. They're great to me and I cherish those memories fondly."

MTN Sports: Seems like everywhere you've stopped, success has followed. Can you put into words what you bring to a program?

Pilgeram: "Well, when you say that, my first thought is that just I've been blessed. You know, I've been blessed to have great people around me. Great parents of the high school-level great players. We had some very good players come through Capital High School. We had, I think 19 players in my 12 years play at the college level and the girls program itself. So you’ve got to have good players first. I think what I bring is, I just bring a passion and an energy to coaching, a love for the game. I love coaching, especially the young women that I get to coach and the ones that I got to coach at Capital and in high school. That's just the best, the best part of it is the people. And the players that I get to coach and I just want to jump in and do my part to make it a great experience for the players and get to coach and that's what I would my biggest goal is."

MTN Sports: Do you have any specific highlights or memories that, looking back through the years, that really stand out to?

Pilgeram: "Well, winning the state championship at Capital was a special time just to have a special group where it jelled. We had multiple teams that were so close before that happened, really good teams that we hadn't got over that hump. And when we finally did that was a special thing. But when we won the state championship, it made me cherish the teams that got really close, almost a little bit even more just because of the journey that we got to take. And then I'd have to have to list coaching my daughters was one of my highlights, you know, sharing my passion with them has been a special thing and their friends and just to be able to do that. I have an amazing wife, who's a great assistant coach and coach's wife also. So being able to have that fight family dynamic. And then just looking back at all the players has been my favorite memories."

MTN Sports: What are your daughters up to these days?

Pilgeram: "Well, I have my youngest daughter, Rayna, is a fifth-year graduate transfer playing for us for one year now. She graduated from Carroll College, played four years of volleyball, and is doing a master's program now at Corban. So she had one year of eligibility to play a different sport. So it's been really cool having her back at home back with us and everything else after we moved farther away from where she was. Then my middle daughter Sadie, who played at Corban, is still in the Salem area, teaches fourth grade. She coaches part-time with us. When she can't, she doesn't get to travel because of her full-time job teaching fourth grade, but she coaches with us. She's kind of a natural coach. And she's married and has a family there in Salem, which has been a great blessing. My oldest daughter Katie is actually staying in the Salem area this year also. She's taking a year off from teaching and so she's around the area. So we kind of have the Pilgerams transferred over to this Salem, Oregon area and back together again kind of all around Corban basketball right now. But having Sadie coach and having Rayna come back and play every once in a while, you just have to stop and look at that and smell the roses and realize how cool that is."

MTN Sports: Taking a turn to your playing days, you know with Carroll and coach (Gary) Turcott talking, what are some highlights there that or some things you picked up even translate into your coaching career?

Pilgeram: "Oh, well, starting with Coach Turcott, he was just such a great man and such the perfect coach to come into Carroll when he came in. It was halfway through my career there. I had played two years and then played my last two years for Gary. And he just fed that fuel. Why I wanted to coach and what kind of coach I wanted to be. Just the most humble, genuine man that I've ever met. And so he, he really taught me that humility of just doing the best, put your players in the best position you can but being willing to change, being willing to admit if you're wrong. Just that genuineness. You will never have a conversation with Coach Turcott without leaving feeling better just about life and everything in general and being glad that you spent time with him. And so he taught me that part of just relationship with players, humility, and everything and then I just had some awesome teammates at Carroll. Bill Keller, he was at the game today. He lives up here in the Havre area. Some of those guys I got to play with it and everything else was just good time. That's seemed like a long time ago now but then when you when we get together and things like that, it seemed like, 'Wow, it was just yesterday.'"