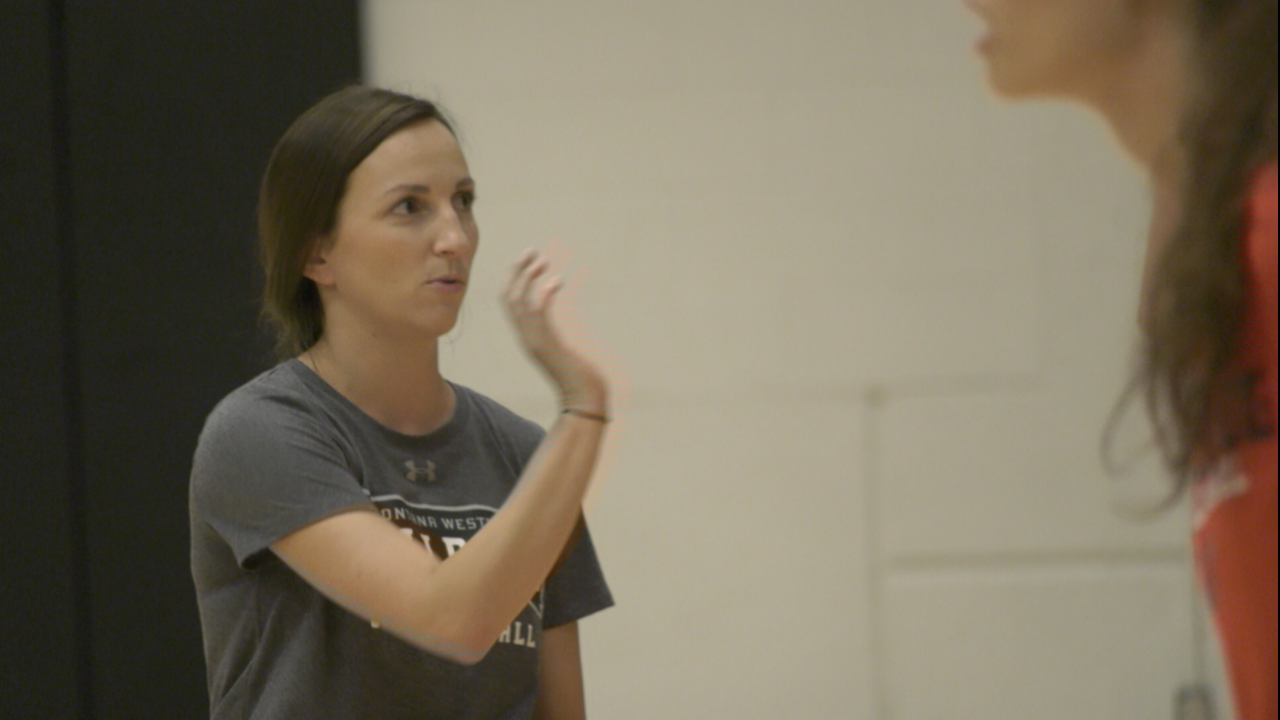 DILLON -- Katie Lovett was introduced as the new head volleyball coach at Montana Western after the Bulldogs struggled through a 6-17 season last fall.

Western has consistently struggled in the Frontier Conference, and Lovett has been tabbed to help turn around the program. Earlier this month, she started her first fall practices with the Bulldogs, and she'll coach in her first game Aug. 21 when Western hosts Northwest (Wash.) University.

Lovett sat down with MTN Sports to discuss her mentors, move to Dillon and what fans can expect out of the Bulldogs' volleyball team in this week's Sunday Conversation.

Katie Lovett: “I’m originally from North Carolina. I was at St. Andrews University before -- I spent four seasons, five seasons with the girls team and two with the guys team. I was a men's and women’s assistant volleyball coach there. Made it to the NAIA national tournament there with the women in 2016, and in 2018 with the men.”

MTN Sports: “You’re a young coach and you've obviously learned from a lot of mentors and other coaches. Is there any particular that stand out that you credit a lot of your early success getting this job?”

Lovett: “Yes, definitely. I learned a lot from both my head coaches at St. Andrews, Holly Mandeville and Nick Brawls. But one of my best mentors I had growing up was Susan Dean Parker. She was my high school volleyball coach and also coached professionally for the Minnesota Chill.”

MTN Sports: “You’re an East Coast person, I can relate to that, too. You roll in here, first thing probably a lot of culture shock when you got in here to Dillon. So, what was your first impression?”

Lovett: “I came right in time for winter, so it was a little cold, little different than North Carolina. But the community here has been great. I can not say enough good things about Dillon and just how welcoming it’s been. Just the small-town feel has been great for me.”

MTN Sports: “And then surrounding here are the Pioneer Mountains, town of Bannack when it’s not on fire is around here, too. Any good places you’ve checked out so far?”

Lovett: “Yeah, I’ve been on a couple of hikes. Finally got to do some in July when I wasn’t traveling this summer. And then we're taking the team up to Agnes Lake to do that hike, as well, soon. So just a lot of good places to go around here.”

MTN Sports: “What off the bat drew you in and you kind of knew this was right for you?”

Lovett: “The people themselves. Just how welcoming everyone was, just walking down the street everyone knows who you are. And the excitement for the season, the talks about the team. It’s just been a really great community feel here.”

Lovett: “Oh, absolutely, but I think that’s great pressure to have. I mean, there’s great people who work here and they’ve proven that everyone here at Western can be successful. So that’s my job, to make this team successful.”

MTN Sports: “Little by little, I know Rome wasn’t built in a day, but what are your plans to turn the program around and get Western volleyball back to where it should be?”

Lovett: “Just to build the communication, that’s one of our foundations here, is to have good communication. And I think that was something that was lacking in the past, which they’ve done at really well at so far this preseason. There’s good pieces here and they kind of just have to be fit together correctly. ... Our main goal is to get better every single day. If we can get a little bit better every single day, then we’ve accomplished a lot this season.”

MTN Sports: “To get someone like Dylan Fowler, to have her expertise, she’s been here for what seems to be the worst of times. Just tell me how much that means to have someone like her on your staff?”

MTN Sports: “Whether it’s here in Straugh Gymnasium or at Montana Tech, Carroll College, Rocky Mountain College, what can Western volleyball fans, just Montana Western fans who come and watch these girls compete this year, what can they expect?”

Lovett: “You will never see a team work harder than this team here. They have already put in so much work this preseason, and it’s only been a few days. And they surprise me at the plays they can make and just the things they’re doing out on the court. The effort is always there.”