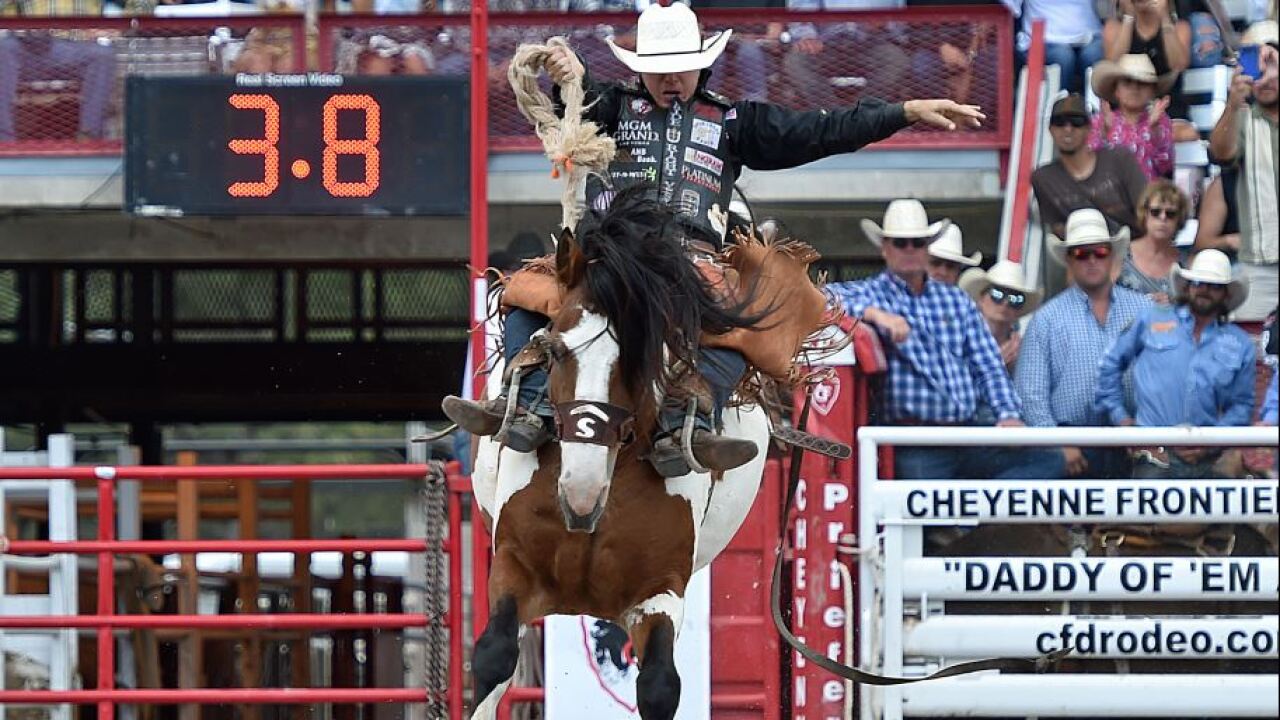 STEPHENVILLE, Texas - When saddle bronc rider Brody Cress saw his draw for the Cowboy Capital of the World PRCA Rodeo in Stephenville, Texas, he knew he not only had a chance to win, but also an opportunity for retribution.

The 24-year-old from Hillsdale, Wyo., had been paired with Pete Carr Pro Rodeo’s Secret Agent, a bronc that had been less than cordial the first time the two had shared a chute.

“I got on that horse earlier this year in Crossett, Ark., and he actually bucked me off,” said Cress, who will head to his fourth consecutive Wrangler National Finals Rodeo this December. “He had a really good trip and did his part, and I just didn’t do mine. I knew how good he could be, so I was excited to be able to have him again and knew he was one that could give me a chance to win the rodeo.

“It was awesome to be able to have him and have it go right.”

Go right it did, with Cress earning 89 points after the whistle to take home the $1,582 winner’s check, 1.5 points clear of 11-time NFR qualifier Bradley Harter.

The Stephenville triumph will help Cress put a cap on the 2020 regular season with a strong September, and he’ll enter the Dec. 3-12 Wrangler NFR third in the RAM World Standings behind Wyatt Casper and Ryder Wright.

“I’ve been able to draw some really good horses and keep winning money every week,” said Cress, who parlayed Wrangler NFR average wins to reserve world championships last year and in 2017. “I can’t complain at all, and it’s been fun to be able to get on some good horses and have stuff go right.”

Cress will spend the next couple months getting on practice horses and entering a handful of 2021 rodeos, with the goal of preparing himself mentally and physically for the impending Wrangler NFR at Globe Life Field in Arlington, Texas.

“I’ll keep focusing on things I can improve on and get better at,” Cress said. “I don’t think there’s ever a point in bronc riding where there’s not something you can’t be working on, and I’ve definitely been making some mistakes this year that I don’t like at all. So, I’m going to focus on that and focus on getting back in really good shape and getting ready to go out there and take it one horse at a time and not build stuff up to be bigger than it is.”