Wrangler National Finals Rodeo: Who's in, who's out? 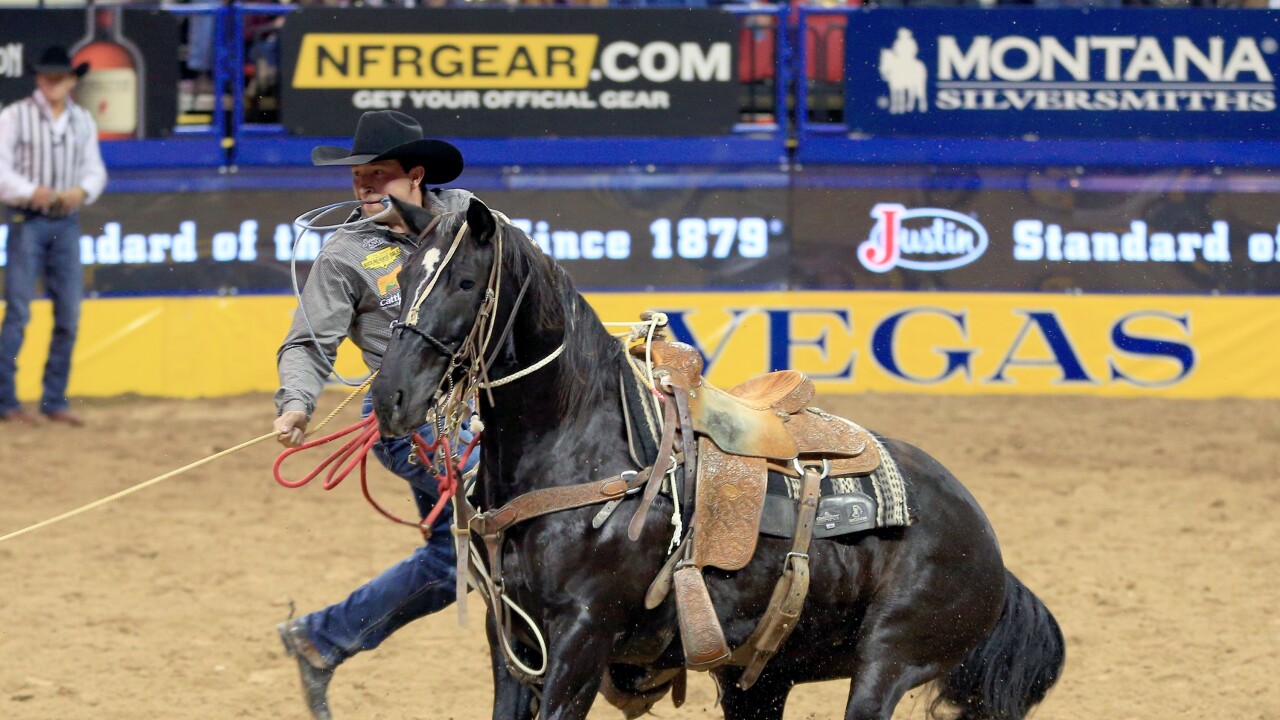 For the first time ever a Major League Baseball stadium will play home to the Wrangler National Finals Rodeo, and Montana’s contingent is ready to play ball.

Miles City’s Haven Meged is a first-time world champion and hungry to defend in tie-down roping when the NFR launches on Dec. 3 at Globe Life Field in Arlington, Texas -- home of the Texas Rangers.

Meged is coming off a magical year where he won the title in his first season ever qualifying for the Finals. He looked the part of seasoned veteran more so than NFR rookie last year, earning more than $126,000 in his Las Vegas debut and placing in five rounds.

If you’re new to rodeo, he/she who wins the most money in a season is your world champion. Meged cashed in for almost $250,000 as a 21-year-old.

Fast forward to last spring while the rodeo world was in neutral. Meged said he put in full-time work calving and branding on the family’s Miles City ranch -- early to rise and not back inside the house until about 10 p.m. nightly while running an estimated 700 cows.

Once the rodeo season kicked back in, so did Meged. He’ll enter the NFR third in your world standings, less than $500 out of second place and chasing Shad Mayfield for the gold buckle.

Helena’s Ty Erickson is also a first-time world champion. He earned his in steer wrestling but won’t be back to defend.

Erickson finished the regular season last week 19th in the PRCA standings. Only the top 15 money-winners in each event qualify for the NFR.

Erickson said he spent the early part of quarantine helping a buddy remodel homes. Once the season restarted, it was tough to regain form in that steer wrestling groove.

Clay Tryan is a three-time world champion team roper and well within reach of No. 4.

He spent last week in Billings chasing a little extra cash at the Wrangler Team Roping World Championships. That money doesn’t apply to the PRCA standings, but it spends the same.

And it’s been a nice summer for Tryan, winning the World's Oldest Rodeo in Prescott, Arizona, and claiming another win in Rapid City. He was a co-champion at the National Western Stock Show and Rodeo in Denver along with the stop in Mesquite, Texas.

Of course, Tryan's ranch is in Texas and only about an hour and 15 minutes from this year’s NFR in Arlington.

Clay’s cousin Chase Tryan is back in by the skin of his teeth. He’s 15th in the heeler standings and coming off his best-ever world finish at third. The Helena native was a high school team roping champion back in 2006. This year he's earned just more than $47,000.

Look out for Chase Brooks, born and raised in Deer Lodge. Eight seems to be his magic number night now. That’s how many first-place finishes he has this season, including the NILE in Billings. Brooks is also eighth in the world, which is exactly where he finished a year ago.

And what would a National Finals Rodeo look like without Circle native Lisa Lockhart?

She’s now qualified 14 times with almost $2 million in career earnings. The 54-year-old cowgirl was born in Wolf Point and says she started riding ponies at age 6.

Lockhart has placed top five each of the past five years. This time she’ll make her opening run positioned 13th and only $45,000 off the lead. She can make up that money in two rounds.