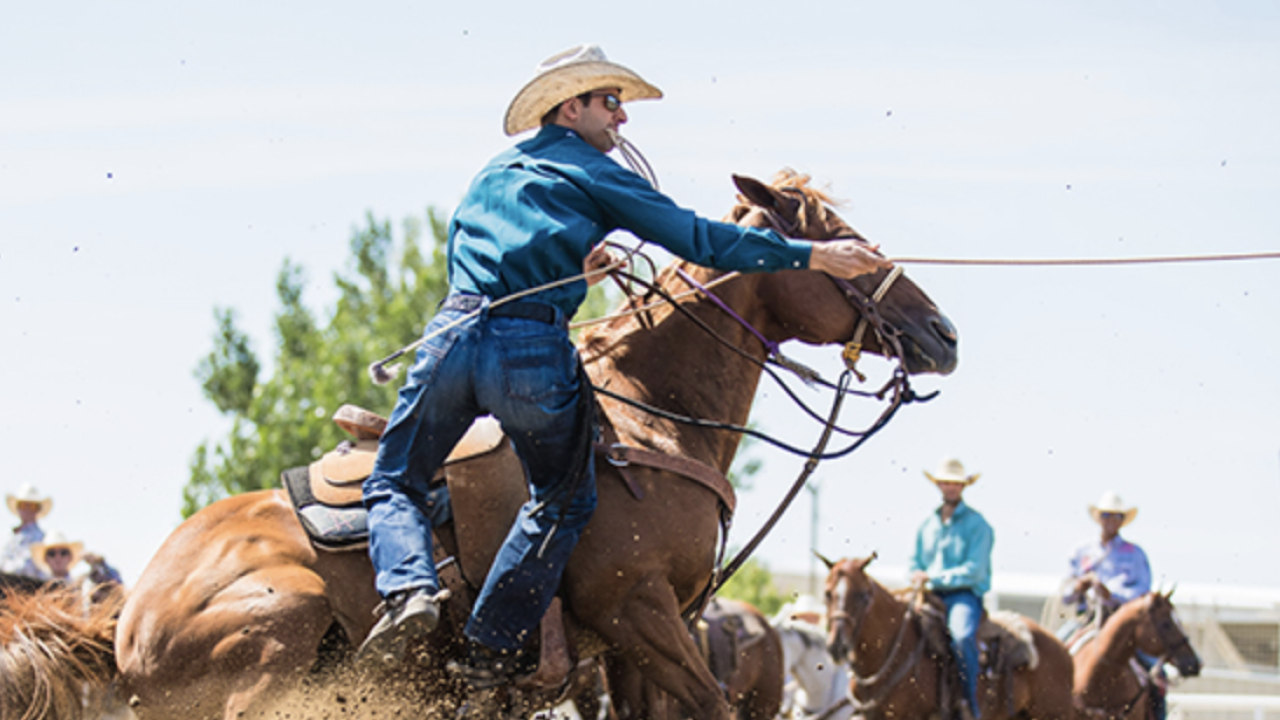 One by one, veteran tie-down roper Shane Hanchey watched as his fellow competitors tried to best his scorching time of 7.7 seconds at the Fallon County Fair & Rodeo, which concluded Sunday in Baker, Mont.

And from his living room in Carmine, Texas, the 2013 world champion quietly celebrated as the rodeo-record time held up and he captured his first Baker championship, good for $6,162 and all-but-certain qualification to his 11th consecutive Wrangler National Finals Rodeo.

Hanchey competed at Thursday’s slack session, then made his way back to his home between Austin and Houston, with stops along the way in Douglas, Wyo., and Eureka, Kan., arriving just hours before the second and final performance commenced live, and fortunately for Hanchey, on television.

“The last two performances, they put 15 (tie-down) ropers in each, and normally there are only 10, so that made it a little nerve-racking, especially with some of the top guys going,” Hanchey said. “So, I had to sweat it out watching on The Cowboy Channel.”

With the $6,162 earned, the native Louisianan, who entered the weekend eighth in the PRCA | RAM World Standings, bumped his season earnings over the $50,000 mark. With less than six weeks remaining in the ProRodeo regular season, he figured that mark would essentially clinch a spot in the upcoming Wrangler NFR.

“This is probably going to get me into the NFR,” Hanchey said. “Us tie-down ropers, we’re numbers guys, and anything over $50,000, with the amount of money left on the table, we figure that’s probably a shoo-in.”

Thoughts of continuing that streak might have been the furthest thing from Hanchey’s mind at the season’s outset, which started on a somber note when he laid his prized horse, Bam Bam, to rest in February following an injury. Soon after that was compounded by a vastly shortened winter and summer season due to the coronavirus pandemic.

But aboard Pam, Bam Bam’s younger sister, Hanchey has found his groove, especially over the past month.

“The last two years, Pam has started to come into her own about this time of the season,” Hanchey said. “The last three weeks have been great. I’ve probably won nearly $18,000 in that time, and she’s getting me on a roll. I had a terrible winter, and to be able to bounce back, that’s pretty fulfilling.”

Rodeo records also were set in the payout, steer wrestling and steer roping.

Three steer wrestlers posted 3.2-second runs to tie for the record, which had been 3.3 seconds, set by Rod Paschke (2004) and Ty Erickson (2016). Dylan Schroeder, Cade Staton and Riley Reiss can now claim the rodeo record.

Tuf Cooper and Reo Lohse (9.2 seconds) established the single-round rodeo steer roping record with 9.2-second times, both in the second round. The steer roping round rodeo record was 9.7 seconds by Brodie Poppino in 2018.