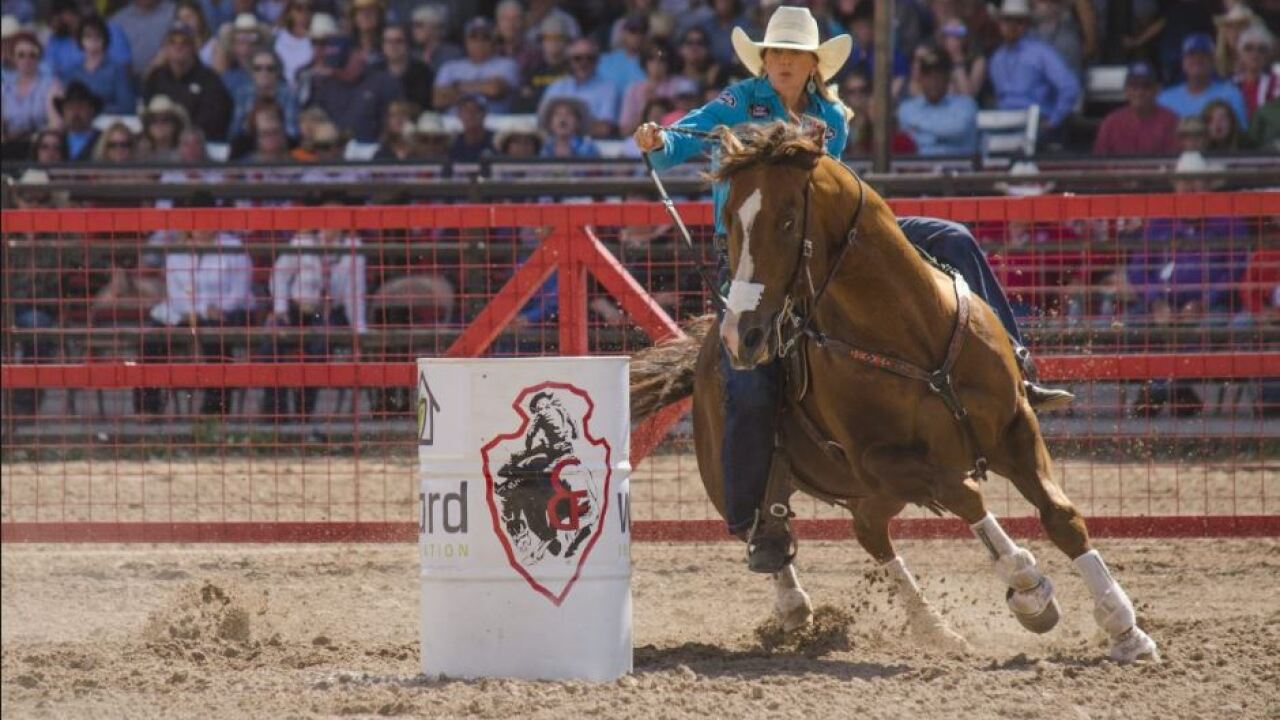 Kailey Sullins
<i>Shali Lord and Freckles Ta Fame turned in a 17.22 to share the win in the finals round at Cheyenne Frontier Days with Nellie Miller. Photo by Kailey Sullins</i>

This first-of-its-kind world championship is open to any female athlete in the world competing in breakaway roping, barrel racing and team roping.

The new Women’s Rodeo World Championship will award a minimum of $750,000 and name a champion in the individual disciplines of barrel racing, breakaway roping, team roping as well as a Women’s Rodeo All-Around Champion. The event will be held in Las Vegas during the PBR World Finals.

Qualifying positions will be open to all eligible women across the world. Ten riders will have direct paths to the Championship based on their final ranking on the WCRA leaderboard.

The event will begin with onsite open-qualifier rounds November 3 - 5. Those ranked in the top 10 from the open qualifier will advance to the Championship on November 6 - 7, where they’ll compete alongside the Top 10 from the WCRA leaderboard and an additional four competitors awarded exemptions from to-be-named events.

“Working with our partners at PBR to provide female rodeo athletes an opportunity like this is a game-changer,” said WCRA CEO, Gary McKinney. “This historic addition of the Women’s Rodeo World Championship to the WCRA 2020 tour will give female ropers and barrel racers more opportunities, including the ability to compete for big-money payouts.”
“Women in rodeo haven’t had the same opportunities as men, and they deserve this exciting national platform and world title competition,” said PBR CEO Sean Gleason. “We’re very proud of our partnership with WCRA which helps us celebrate and reward talented female athletes while inspiring the next generation of young women to pursue rodeo.”

The Women’s Rodeo World Championship will be carried on RIDE-TV and RidePass, the PBR’s western sport digital network.

Additional details on how to qualify and leaderboard information will be released at a later date.