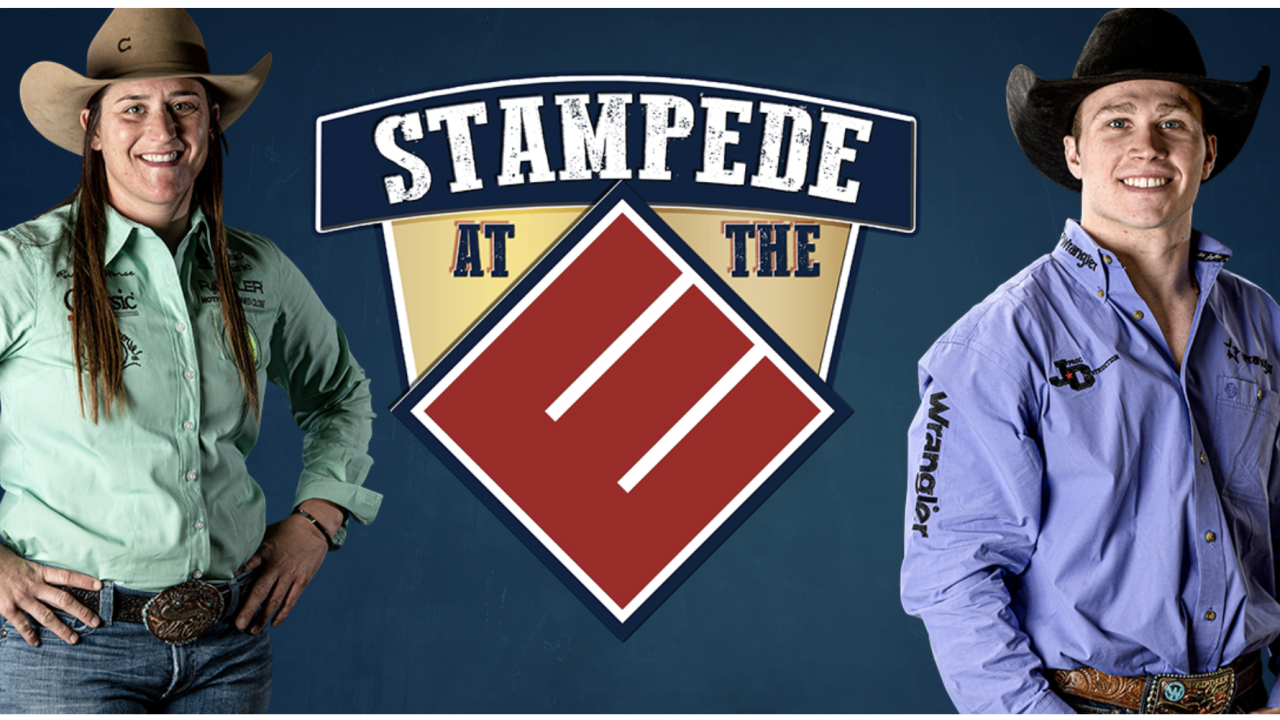 AUSTIN, Texas - The World Champions Rodeo Alliance has revealed format details regarding the August 11-15 Stampede at The E along with entry dates.

The newly added open qualifying pool format will give both DY (youth) and open timed event athletes the opportunity to enter and qualify for the August 15 one-day $300,000 rodeo.

Contestants in nine disciplines—bareback riding, women’s breakaway roping, saddle bronc riding, steer wrestling, tie-down roping, barrel racing, bull riding, and team roping (heading and heeling)—will compete for their piece of the $300,000 purse. Athletes in each discipline will compete for a share of $28,000 in the main event with the champions walking away with a minimum of $12,500 each. All 10 qualifiers will earn money in the main event.

“As far as we can see, this $300,000 main event will be one of the single biggest opportunities this year,” said WCRA President Bobby Mote. “Paired with a qualifier, the projected payout could be greater than $600,000.”

WCRA also announced that open timed event athletes will now have the opportunity to compete in the Stampede At The E through the “Open to the World Qualifying Pools”. These pools will give any open athlete the opportunity to enter and earn a spot in the August 15 one-day $300,000 rodeo. In addition, the timed events will be multiple entry allowing athletes to potentially compete in both the WCRA Pool and Open Pool.

In addition; DY athletes (competing in timed events only) can enter the DY qualifying pool and compete in a two head aggregate where the number one youth athlete in each timed event discipline will advance to the main event and go head-to-head with the pros at the Stampede At The E for their share of the $28,000 per discipline.

DY athletes will have the option to enter in either the open pools or the DY pool. All youth athletes that have been participating in segment six have until Friday, July 10 to contact support@wcrarodeo.com to switch to the DY pool.

All timed event athletes competing in the Open To The World Qualifying Pools will compete in two rounds of competition with 16 athletes advancing to the progressive round of competition.

In the progressive round- the 16 athletes from the open pools in each discipline will compete in a single pool with the top four advancing to the main event.

Entries for the Open to the World pool will open July 13 at Noon CT and close August 5 at 5 p.m. CT. Entry fees for the open division will be $625 while DY fees will be $500. All entries will be taken on entrytool.com.

Athletes from around the globe have the opportunity to compete in the Stampede at the E and may qualify and earn points by nominating their efforts through the WCRA Virtual Rodeo Qualifier (VRQ) until July 26. All timed event athletes ranked 1-16 on the segment six leaderboard as of July 26 will not be required to pay an entry fee. All timed event athletes ranked 17-64 will be required to pay a reduced entry fee of $250. The confirmed athletes advancing through the WCRA Leaderboard will enter the event on August 4 at 9 a.m. CT through August 5 at 5 p.m. CT.

All timed event athletes ranked in the top 64 on the leaderboard as of July 26 will compete in a separate pool. Following two-rounds of competition, 16 will advance to a one-run progressive round consisting of a single pool. The top four times in each discipline will advance to the main event, joining the number one athlete from the leaderboard, the number one DY athlete, and the four open pool qualifiers.

Rough stock athletes ranked 1-10 on the segment six WCRA leaderboard as of July 26 will earn a direct position into the $300,000 main event on August 15 with no entry fees.

The Stampede at the E will be coupled with the historic Lazy E Arena Bullnanza, a PBR (Professional Bull Riders) event, creating a weekend of can’t miss western sports action. Details regarding bull riding format will be released at a later date.

The CBS Television Network will broadcast the Stampede At The E on Saturday, Aug. 29.

All rodeo athletes interested in learning more about the VRQ are invited to visit wcrarodeo.com or contact support@wcrarodeo.com