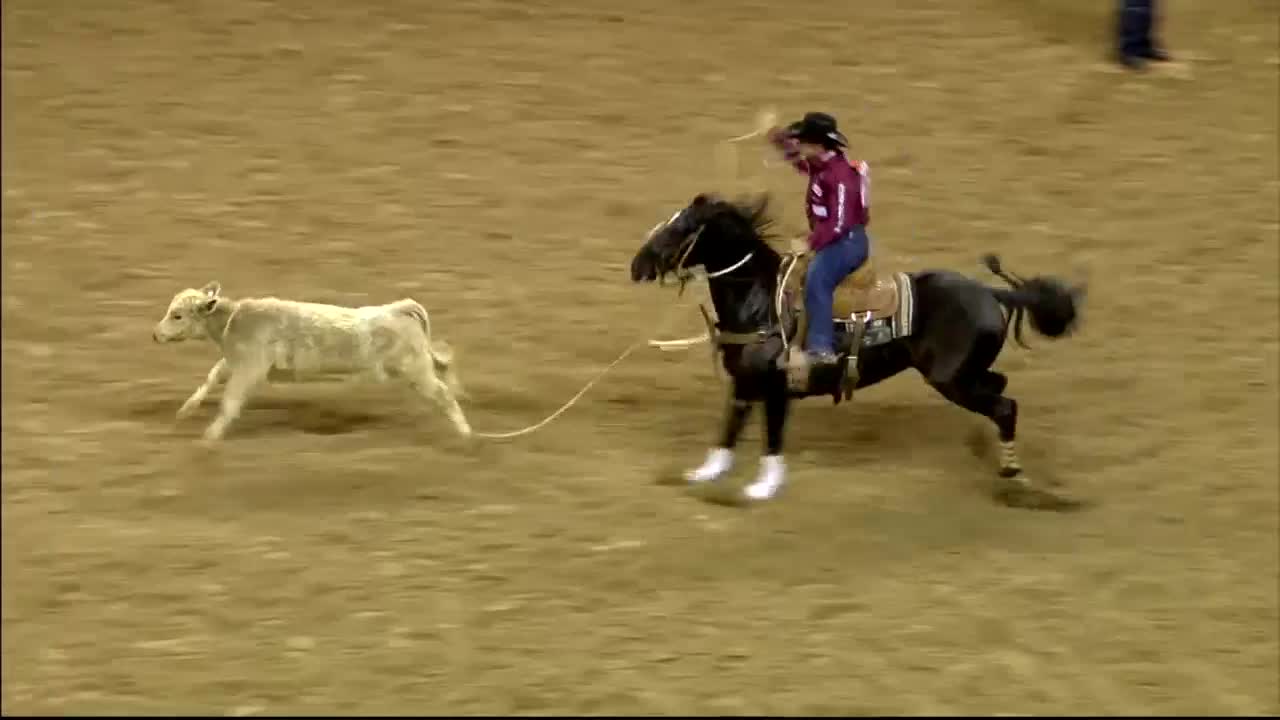 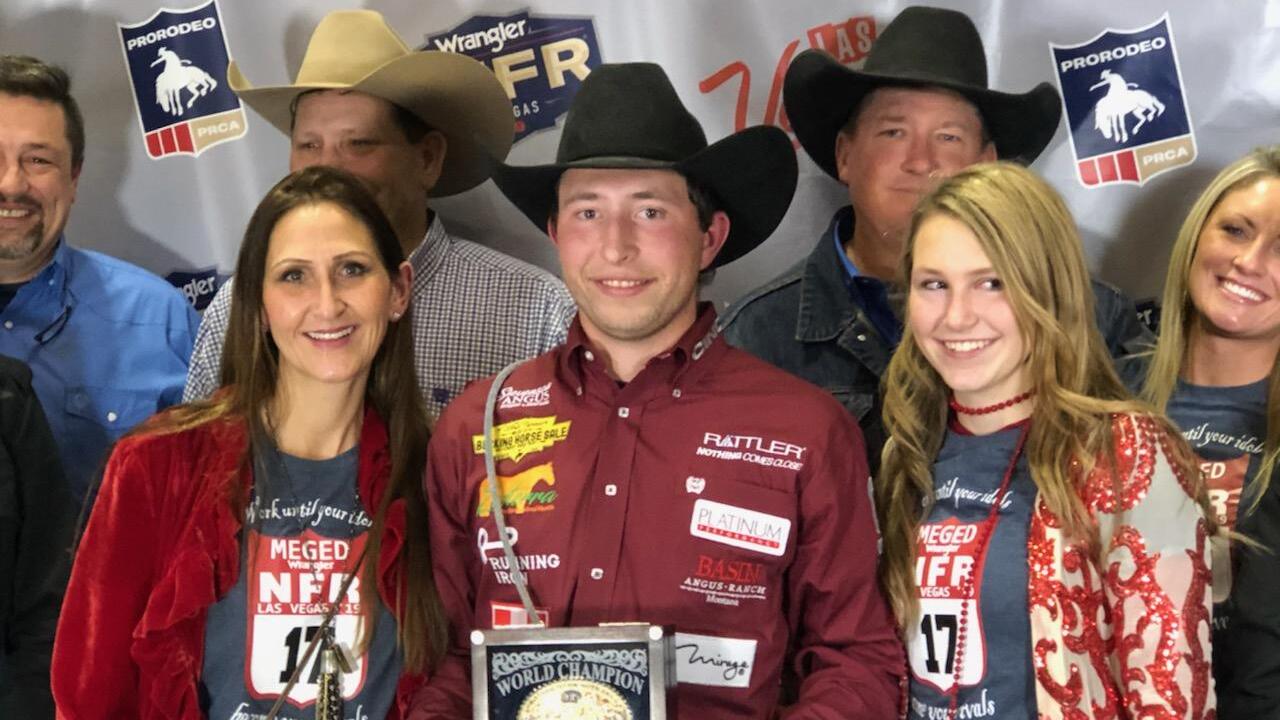 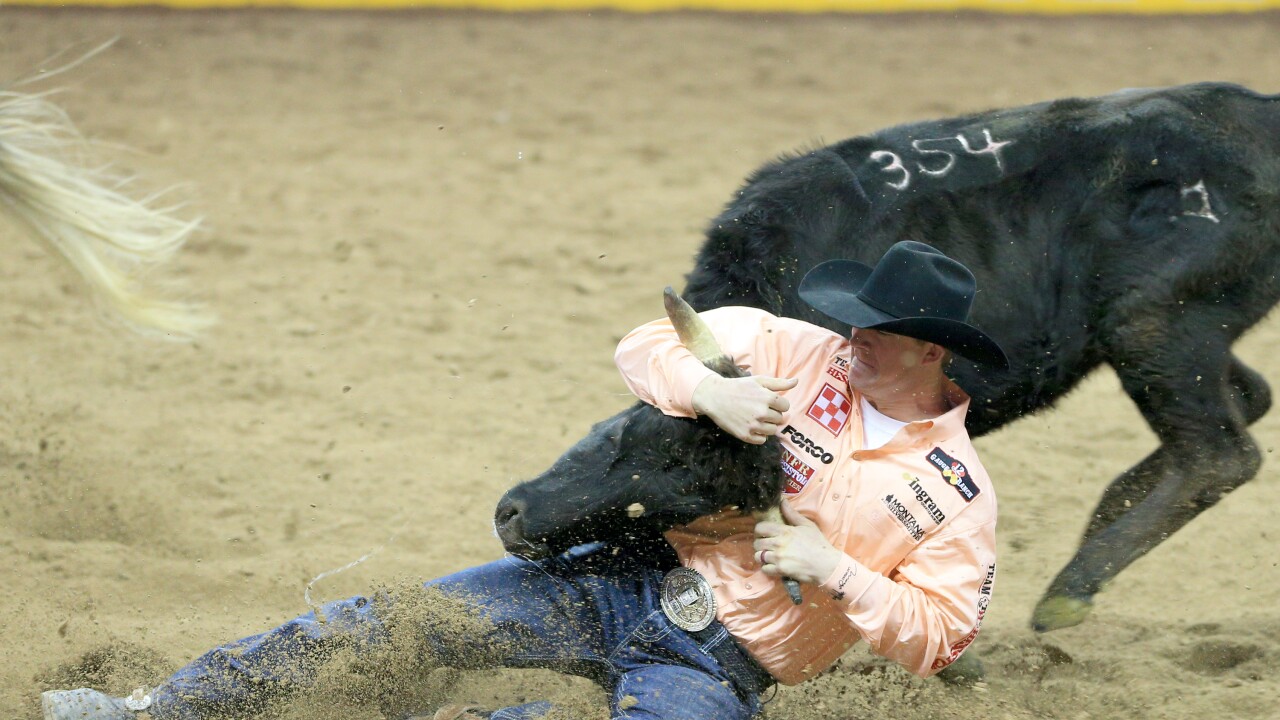 Meged's race was as close as they come. The 21-year-old Miles City native was just seventh in the world coming into Round 10 but led the NFR Average as the most consistent rider of the competition. Meged was solid again Saturday, clocking in at 8.0 seconds, his best time of the rodeo. But then the waiting game started.

Five more riders had a chance to catch Meged. He survived the first four, and then came Shane Hanchey, the former world champion who entered the night No. 1 in the PRCA standings but well down in the high-paying Average. Hanchey needed to win the round outright - a 7.0-second time or better - to overtake Meged in the projected title standings, but Hanchey could only manage to split the round win with Adam Gray at 7.1 seconds.

Meanwhile, Erickson's Round 9 win Friday vaulted him back to the top of the projected world title standings, so he knew a non-penalty ride would likely win him the title. The clock read 4.4 seconds as the steer's shoulders hit the dirt, giving Erickson his first world title. He finished fifth in the final NFR Average and earned $234,491 total for the year.

Fellow Montanan Bridger Chambers almost had as good of a night. The Butte bulldogger split second and third in Round 10 in 3.8 seconds, vaulting him to the third in the final Average and second in the final world standings. Chambers finished with $217,361.60 for the year, winning more than half of that ($128,333.34) at the National Finals alone.

Chase Tryan was in a similar situation to Erickson - a clean ride would likely give him his first world title, but the heeler caught only one leg, which added five seconds to he and partner Brenten Hall's 4.4, pulling them out of the money for the round. Coincidentally, heeler Wesley Thorp and his partner also clocked in at 4.4 seconds to finish second in Round 10 and win the Average, which propelled Thorp to the heeler world title. Thorp finished with $249,180.61 for the year, while Tryan finished third at $234,479.71. Clay Smith won the header world title.

For the second time in his young career, Wyoming saddle bronc rider Brody Cress finished second in the world. Cress won Round 10 Saturday with a 91-point ride and won the Average after earning money on nine of the 10 nights. Cress earned a remarkable $159,500 at the National Finals to finish at $286,371.85 for the year. Canadian cowboy Zeke Thurston won the world title with $347,055.57.

Stevensville's Richmond Champion finished third in the Average and fourth in the world, taking home $238,982.78 for the year, while Corvallis' Caleb Bennett finished seventh at $208,902.14.

Circle native Lisa Lockhart had a big final night as well, winning Round 10 at 13.71 seconds, which vaulted her back up to third in the Average. Lockhart finished fourth in the year-end world standings.