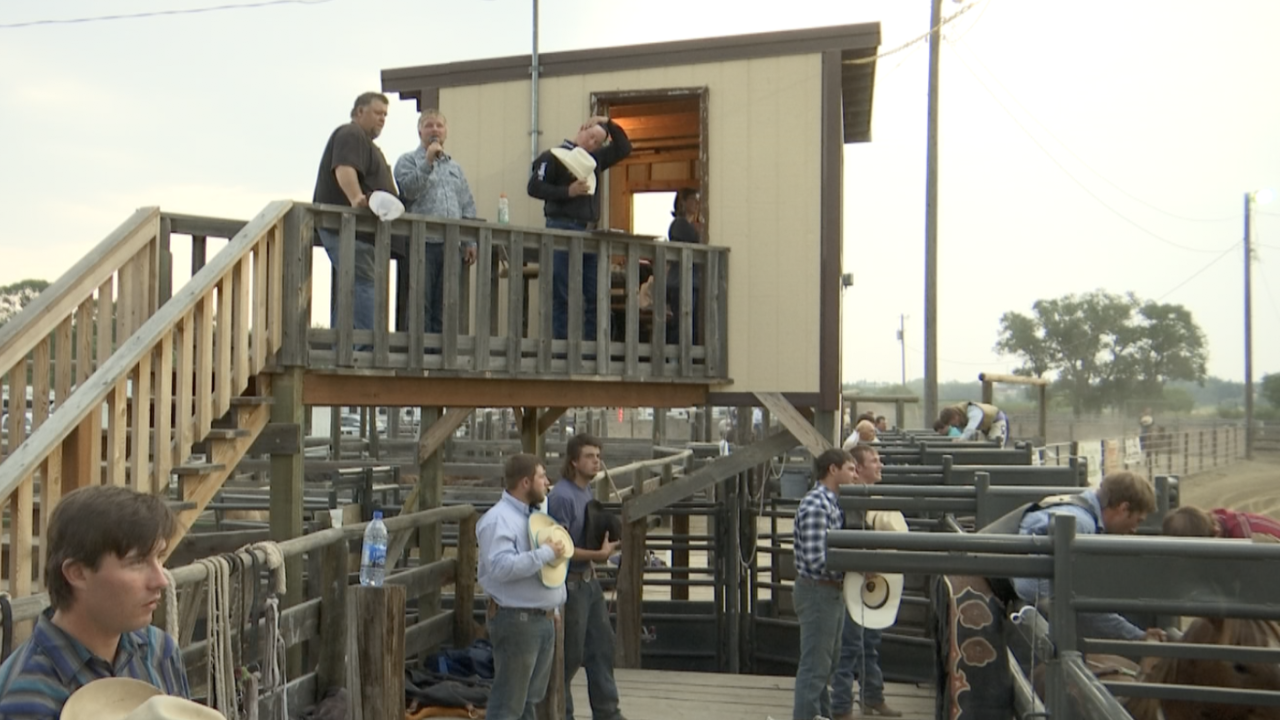 BIG TIMBER -- This is where you’ll find one of Montana’s biggest, little surprise rodeos of the summer.

The smooth voice of Montana PRCA announcer Brent Jordan booms through arena speakers. He welcomes fans from near and far on this Wednesday night in Big Sky Country, painting a picture of what's in store for the next couple hours.

"Hot Montana summer sun beating down on Big Timber, Montana," Jordan says, then reassures patrons the temperature will drop. "That cool breeze will work its way up the Yellowstone River and come off those Crazy Mountains just to the north of us, cool things down."

Jordan told MTN Sports how the thrill of Big Timber's unexpected summer series rodeo has rejuvenated him and the locals.

"It’s been awesome, because I get the opportunity to be the voice that leads you through rodeo, each and every time we have a rodeo here," Jordan said. "And talk about these world champions, NFR guys and sell them to the Montana fans.”

Two months ago this rodeo didn’t exist. That’s when Mardi Cline and her husband John Smith decided they’d had their fill of COVID-19.

“We got tired of seeing our little town just dying," Cline said. "So, we decided to do something about it and we put on a summer series.”

Cline and Smith own JS Rodeo, a stock contracting company. Smith talked about the financial sacrifice of producing a last-minute weekly rodeo that's run for two months, every Wednesday in Big Timber since July 1. The final performance is this Wednesday night, Sept. 2, at 7 p.m.

“Instead of buying the house that we’re building we decided to put these rodeos on," Smith said. "So, we invested our money into this community. It was dying just like every other small community in the country.”

Signs filling the rodeo grounds are handmade. Same with many of the concessions. And it’s 'grab your own drink' out of the ice tub after you've paid for it. The national anthem is proudly delivered by a pair of local men.

Smith said he knew the strategy was there. The question mark was filling seats.

“I told Mardi, I said we’re going to draw the contestants," Smith said. "If we can put on the show and get people here in the stands, we are then going to be successful. But I’ve never been afraid to swing for the bleachers.”

“The first four rodeos were open," Cline said of her summer series. "The last five have been PRCA.”

And that jump to PRCA was huge as cowboys and cowgirls enter this final month of the regular season that ends on Sept. 30. Only the top 15 money-winning contestants in each event will be invited to December's National Finals at a site yet to be determined.

"What happened is, we have 600-plus rodeos in a typical PRCA season. Now, we’ve got a quarter of that," Jordan explained. "So, the talent is concentrated. They’re going to come to Big Timber, Montana, wherever they can go and pull a check, they’re going to do it, so that’s our benefit.“

Shay O’Neil is a former Miss Rodeo Montana from next door in Livingston who has been on board as an assistant.

“We were just kind of one of those added pro rodeos the cowboys can make when they’re in the haul from Baker to Kalispell," O'Neil said. "I mean, that‘s across our state, so if they can have a chance during the middle of the week to pick up some extra money, here we are.“

Saddle bronc rider Andrew Evjene said he lives only about 30 miles away in Two Dot. He normally hits about 60 rodeos in a year. But this one’s been brutal.

“This year I went to maybe 20 in the whole year," Evjene said. "It’s just been cut down huge. It’s pretty awful.”

Which is why Big Timber’s last-minute ace in the hole has been such a success. For two months the rodeo has been kicking life back into the town’s economy, even providing jobs for young buckaroos in charge of handling latigos and flanks.

"Saddle bronc riders pull their latigos extremely tight. So, it takes a few of us to get those off,“ said one of three boys who appeared to be nearing their teens.

That’s teamwork. And it’s paid off by drawing fans from Bozeman, Livingston, Billings, and even around the world. Two weeks ago, Jordan said a couple from Zimbabwe caught their first rodeo action at the fairgrounds.

"Their eyes were as big as saucers, and they had a great time,“ he said.

And you can bet they’re still talking about the western way of life they stumbled onto in Montana. Because Mardi Cline and John Smith took a shot in the dark to spark a light.