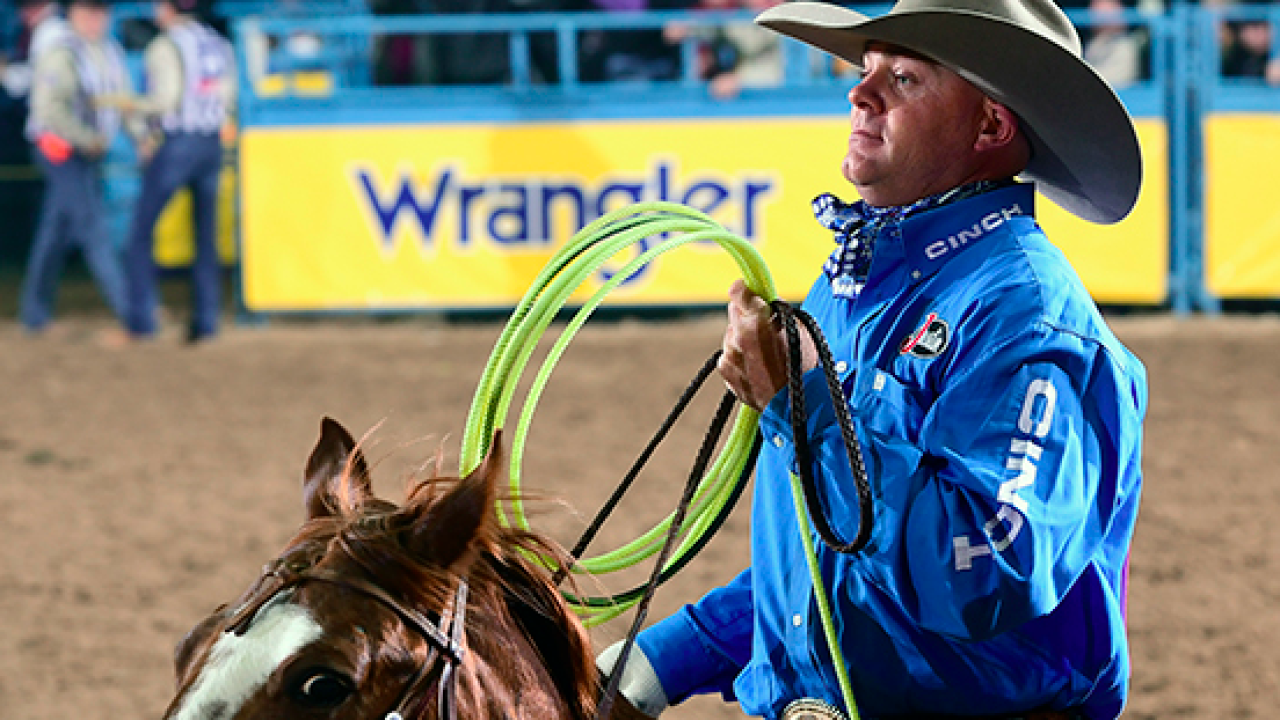 COLORADO SPRINGS, Colo. – Team roping heeler Cory Petska, the 2017 PRCA world champion, is joining forces with a new partner. Petska confirmed he will team with header Kaleb Driggers for the remainder of the season.

Since 2016, Driggers had roped with heeler Junior Nogueira. Driggers and Nogueira are 23rd and 26th in their respective events in the 2020 PRCA | RAM World Standings with $9,796 each.

Nogueira, who was the PRCA | Resistol Team Roping Heeler Rookie of the Year in 2014, said he and Driggers are still good friends.

“We just decided to do something different,” Nogueira said. “We are good buddies. I’m kind of different than everybody, people take this as a business, and I understand. A lot of (guys) get mad, but I respect everybody’s decision. I don’t hold anything back, and (Kaleb) and I are still friends.”

Nogueira reflected on roping with Driggers.

“We did great for so long,” he said. “We roped (together) for almost five years. We won just about everything except (team roping) world championships. We were one of the best teams out there for years. The only thing we didn’t win was the gold buckle, but we did pretty good everywhere we went and had great Finals. It was cool that he helped me win the all-around gold buckle.”

Driggers and Nogueira won a total of six rounds at the Finals since 2017.

With PRCA rodeos on hold due to the COVID-19 (coronavirus) pandemic, Nogueira is spending more time with his wife, Jaqueline, and their daughter, Isabella Gasparim Nogueira, who was born Feb. 13. They live in Lipan, Texas.

“I’m very happy and so blessed,” Nogueira said. “We just had our little girl, and I’m just enjoying time being home. I really want to go and do great, but I want to have time to stay home and enjoy my family. It’s cool to get to help my wife and be with my baby daughter.”

“I’m looking forward to it (roping with Driggers),” Petska said. “To get an opportunity like that doesn’t come around very often, so I’m very excited. We’re hoping to start roping together in Reno (Nev., June 19-27).”

Petska is no stranger to roping with Driggers.

“We’ve been roping second partner at the jackpots for three years now,” Petska said.Petska has been to four rodeos this season while roping with Derrick Begay.

Petska is going to ride Chumley, 16, and a mare, Annie, 14, for the rest of the season. Petska won the world title riding Chumley.

Nogueira became the first Brazilian world champion in PRCA history with the all-around title, earning $231,728. He finished second in heeling that season with $230,284. Nogueira placed second in the team roping heeler world standings four years in a row (2016-19).

“I don’t know yet who I’m going (to rope) with,” said Nogueira, who has qualified for the last six Wrangler NFRs. “I have to make a decision pretty soon.”