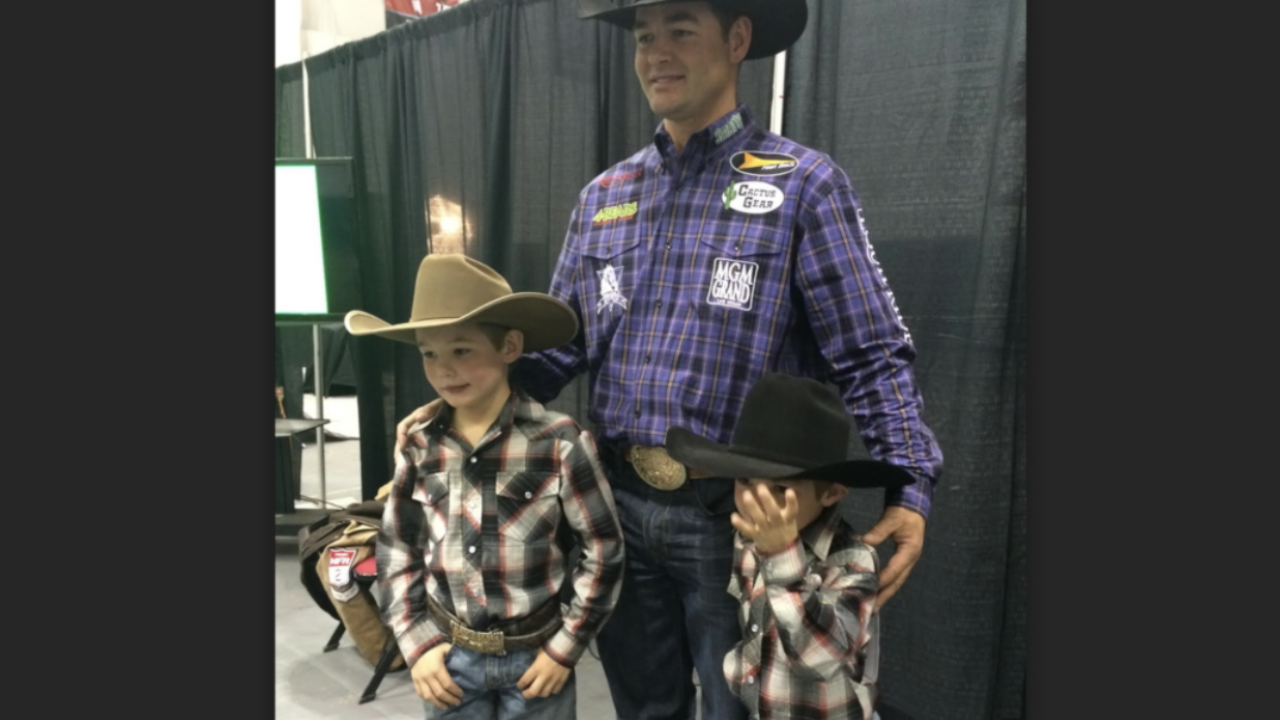 BILLINGS -- It may be the most under-the-radar event in rodeo. But without doubt it's also one of the highest-paying.

Aaron Tsinigine is a world champion cowboy and he looked like one when he his partner won more than $10,000 on opening night at your Wrangler Team Roping Championship Finals at First Interstate Arena in Billings.

"That is the victory lap," the event's announcer affirmed through the building's sound system. "Patrick Smith, Aaron Tsinigini. Boys, congratulations, that is the good stuff there -- $10,492 -- better than five grand apiece coming your way. Nicely done, gentlemen, nicely done."

Homegrown cowboy Dennis Tryan put this event together 15 years ago, and now it's one of the highest-paying team roping events nationwide. That's why it draws cowboys from all over the country, including National Finals Rodeo qualifiers and world champion headers and heelers. Women and kids are also encouraged to throw rope among divisions from novice to open.

Tryan was Montana's first team roper to qualify for the NFR, doing so in 1984. His sons Clay and Travis have also won a mountain of money there and now put their handiwork to use every year at dad's event.

Clay Tryan is a three-time world champion header who first interviewed with us almost 30 years ago wearing a giant, black cowboy hat that nearly engulfed his 10-year-old head. The one he was wearing this week fit a lot better.

"It's probably shaped a little better now, too," he said with a smile. "I imagine the first one was a little rough."

Now, the champ is roping with his own boys who've won their share of rodeo money in recent summers.

"Ages 14, 12 and a 6-year-old, all boys -- Tyler, Braylon and Dash. They did pretty good this summer, they're starting to get better. They've got a long way to go, obviously. But yeah, for their ages they rope pretty good," Clay Tryan said.

He's taught them everything they know.

"First of all, it's kind of like roping one in the pasture or doctoring one," Clay explained. "Team roping, you try to go for the horns, you start from the left side of the roping chute, you turn him off and hope your heeler gets two feet as fast as you can do it."

Tryan right now sits seventh in the PRCA's world money standings, well within reach of his fourth gold buckle. He's proudly a Montanan, though living in Texas for years where the weather is more conducive to roping practice.

That Texas address turns out to be a bonus right now with the recent announcement that December's Super Bowl of rodeo is shifting from its home in Las Vegas to a Major League Baseball stadium just down the highway from his place.

"(Arlington is) about an hour and 15 minutes (away)," he said. "It's going to feel weird, but I'm glad they're having it. Glad they put the effort in, too, because we need life to get back to normal for everyone -- not just the rodeo world -- and hopefully sooner than later. I think it's going to be good. I've only seen the new stadium from the outside, but it's a brand-new ballpark. I guess I've never roped in a baseball stadium that's covered, but it's got to be nice."

Globe Life Field -- home of the Texas Rangers -- and soon to be home of the National Finals Rodeo. At least for one December.