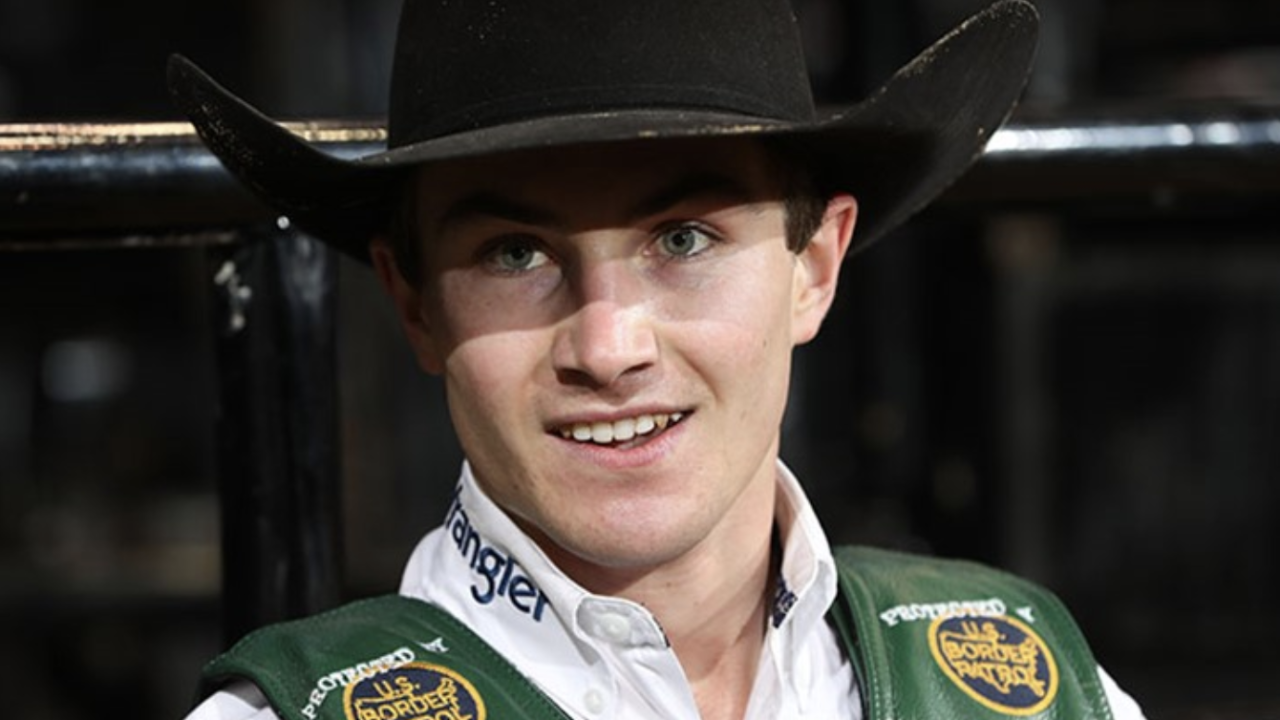 PUEBLO, Colo. – While some in the United States will be taking a moment to check out from their jobs for Labor Day weekend, two-time world champion Jess Lockwood was celebrating the opportunity to get back to work.

The No. 3-ranked bull rider in the world standings got on his first practice bull in six months at home in Volborg, Mont.

The 22-year-old is one step closer to officially returning to competition Sept. 11-13 in Billings at the PBR Ariat Invitational, presented by Cooper Tires, now that he has tested out his reconstructed left hamstring after being injured on March 1 in a freak deal.

It was then that the 2016 PBR Rookie of the Year caught his right spur in his bull rope during his dismount from I’m Legit Too following a 91.5-point ride inside Kansas City’s Sprint Center. The bovine athlete then yanked Lockwood into a split, ripping his hamstring muscles from his hip.

Lockwood underwent surgery in New York City on March 10. He then had to spend six weeks in a knee brace and use crutches before beginning a dynamic rehab program.

The four-time PBR World Finals qualifier has been adamant that he can still make a run at the 2020 World Championship, and Billings could prove significantly influential in him achieving that goal.

"I know I have to get back because (Jose Vitor Leme) has such a lead right now that it's going to be damn hard for me to catch him, but I am not giving up until they give him that damn buckle at the Finals because anything is possible," Lockwood said on Aug. 25.

The home state cowboy will arrive at First Interstate Arena 570.5 points behind world leader Vitor Leme, and time is certainly of the essence with only two months remaining until the 2020 PBR World Finals.

Billings is the final three-day event of the regular season, and there is a 15/15 Bucking Battle as well.

There is still no telling how soon Lockwood can return to his early-season form, when he was riding 58.06 percent of his bulls and had won eight rounds, but if the reigning world champion picks up where he left off, then he could make up some serious ground in Billings.

A rider can earn a maximum of 180 points with a sweep of the three-day event. That does not include the 50 points available for the 15/15 Bucking Battle winner.

Just how important will it be for Lockwood, who did say following his practice bull that he feels just as good as he did before he was injured, to make up ground?

For a rider to have a realistic shot at winning the 2020 World Championship, he will likely have to be within 650 points of the world No. 1 ranking at the start of the World Finals. However, a rider within 800 points of the world No. 1 ranking could also remain in contention with a victory at the Finals, but he would need some major help from his opponents stubbing their toes.

A rider can earn up to 1,040 world points at the 2020 World Finals, which offers 4.3 percent more points than last year’s Finals.

Under the new points system, Lockwood would have earned 772 points at the World Finals last season courtesy of his Finals event average victory as he went 5-for-6 with one round win. In comparison, Leme’s 4-for-6, fifth-place showing netted him 274 points.

Therefore, Lockwood would have out-gained Leme by 498 points in the 2020 points system at last year’s World Finals.

Every comeback needs to begin somewhere, and, for Lockwood, it all starts in Billings next week inside the same arena where he won his first premier series event four years ago.
It will be a homecoming for Lockwood too seeing as he missed the Billings event last year because of a broken collarbone. Lockwood is 5-for-11 in his career at First Interstate Arena and bucked off his last three bulls there in 2018.

Lockwood is healthy, recharged and ready to ride.

“This is the healthiest I have ever been,” he said two weeks ago. “My body has gotten to recover for six months – that is the longest I have ever had off since I started at 3 years old.

“I have been pushing my tail off to get this point.”