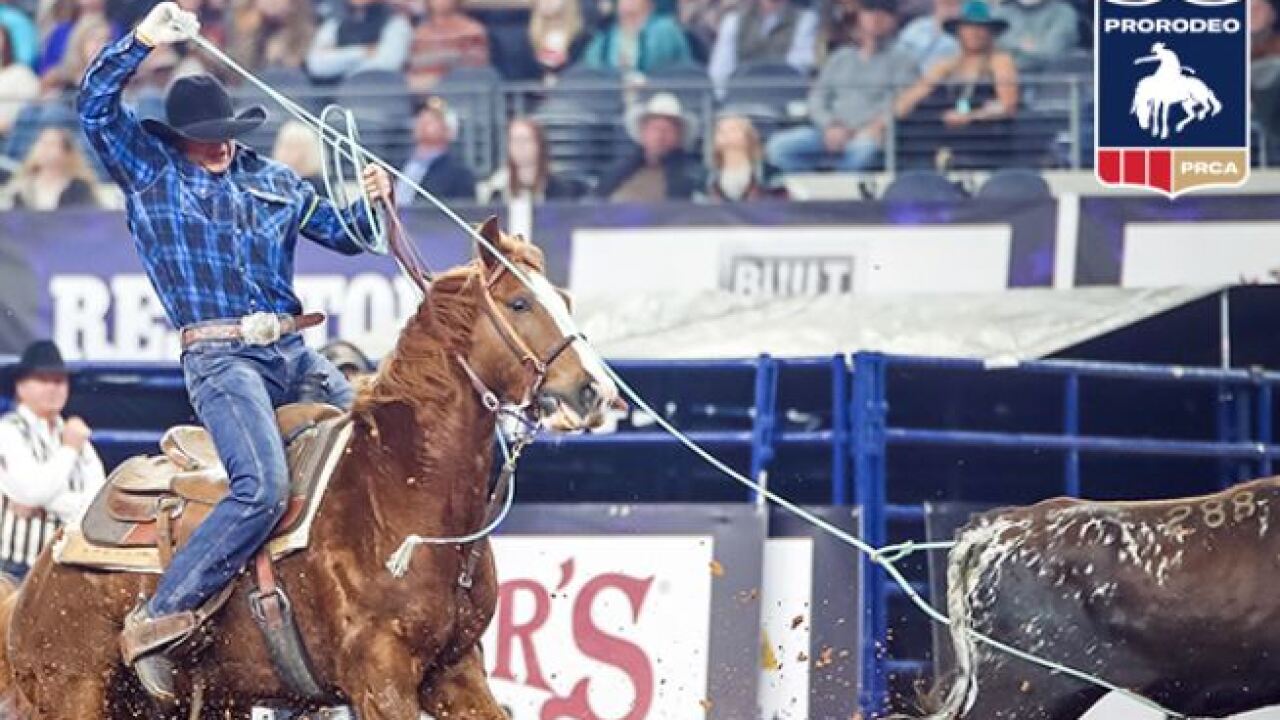 COLORADO SPRINGS, Colo. – Seven years ago, a car driving 55 mph struck 13-year-old Jared Fillmore from behind as he and some friends walked along a country road. Fast forward to recently when the 20-year-old team roping heeler took home $25,000 from The American while partnered with team roping header Colby Lovell.

“There was a 99% chance I would die,” Fillmore said. “I had 32 broken bones and needed brain surgery. They told me I would never ride a horse again or walk and talk again.”

The Utah cowboy had been part of an accelerated national baseball team and had qualified for the National Little Britches Rodeo. At the time, it seemed his rodeo dreams would never be more than just dreams.

The accident placed him in a coma for 10 days at the Primary Children’s Hospital in Salt Lake City. He underwent two brain surgeries by Dr. Marion “Jack” Walker, the neurosurgeon famous for separating conjoined twins. A plate was implanted in Fillmore's head and he had plastic surgery on his face.

His arm was in a sling for about five months. His right arm and shoulder are connected to his vertebrae and his nerves get pinched around his shoulder and back. But that didn’t stop him from picking up a rope as soon as he was out of the sling.

Horses are often used in therapy of all varieties, and Fillmore’s was no different.

“I’m big on horsemanship because they helped me through that recovery,” he said. “Horses were my way out.”

When Fillmore was 15, he sent Lovell a message on Instagram asking for roping advice. When he got his permit rolling in 2019, Fillmore had another question for the six-time Wrangler National Finals Rodeo qualifier.

“I asked him what it would take to get him to rope with me and he said I’d have to move down there and get after it, so I moved from Payson, Utah, to Madisonville, Texas, in the first part of 2020,” Fillmore said. “I’ve only known him a couple months.”

As nice as the prize money was, the confidence boost was also valuable.

“It feels like I’ve been able to show who I am and what I can do,” Fillmore said.

Now the rookie roper has a unique view on ProRodeo competition.

“My motivation to compete is God gave me a chance to live again and I need to make good use of it,” he said. “If I didn’t have God under me and that motivation to keep me going, there’s no way I would do it for buckles and money. That doesn’t matter to me. It’s about just realizing what God has given you and using it to the best of your ability.”