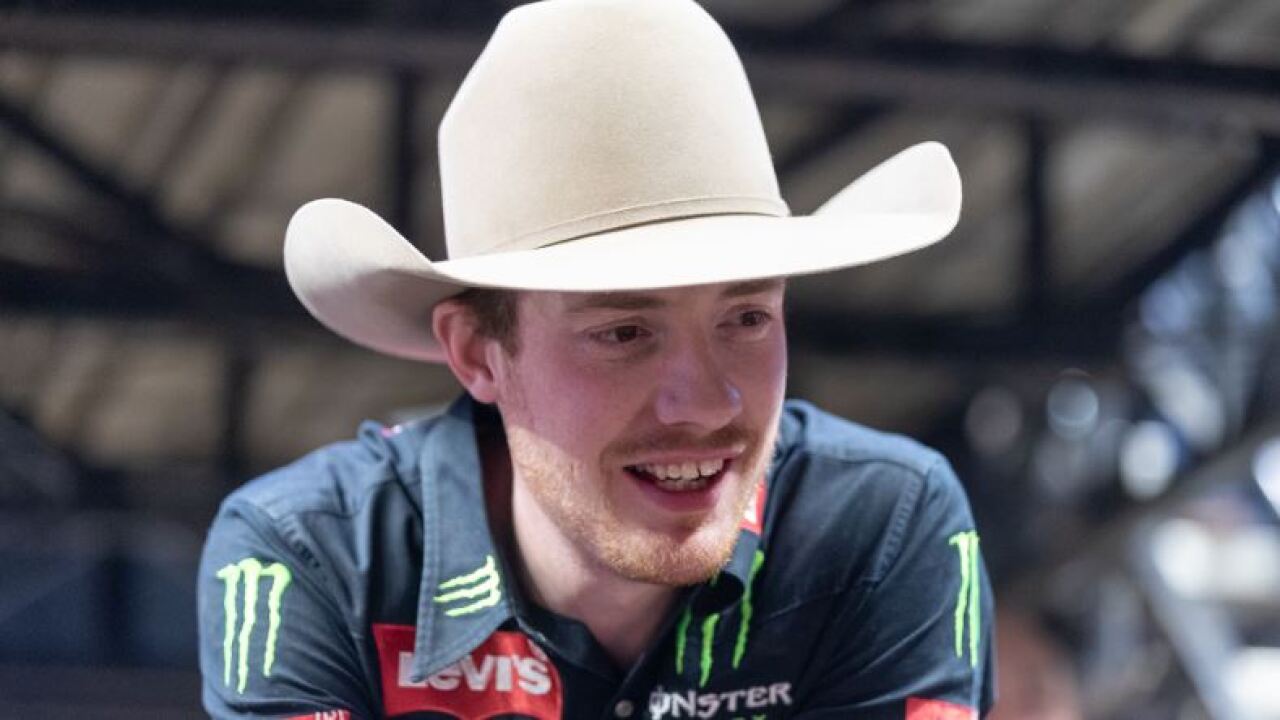 SASKATOON, Saskatchewan - Next month in Canada, Saskatchewan’s Tanner Byrne, who recently retired from bull riding, will become the first athlete to have ridden and fought bulls at the PBR Canadian Finals.

The PBR announced Tuesday that Byrne is one of three bullfighters set to work the 14th edition of league’s national finals on Nov. 22-23 in Saskatoon.

Byrne competed at the PBR Canada Finals six times, and he has been pursuing a career in cowboy protection after retiring from riding in July 2019. He hails from one of bullfighting’s most prolific families, led by patriarch Ryan, who qualified for 14 consecutive Canadian Finals Rodeos and in 1987 became the first Canadian to ever cowboy protect at the National Finals Rodeo. Additionally, Tanner’s brother, Jesse, has been a bullfighter for the elite PBR Unleash The Beast after making his debut at the 2008 PBR World Finals.

Throughout his professional riding career that spanned the last decade, four-time PBR World Finals qualifier Tanner Byrne firmly etched his name in the record books as one of the sport’s most accomplished Canadians. Having gone 107-for-285 to date on the premier Unleash The Beast, Byrne earned three premier series event wins, tied with Reuben Geleynse (Winchester, Ontario) for the most in PBR history by a Canadian-born rider.

In 2015, Byrne put together the greatest season ever by a Canadian by going a career-best 35-for-78 (44.87%) to finish No. 8 in the world standings, capped by a career-best third-place finish at the PBR World Finals. He was also crowned the 2015 PBR Canada Champion.

After making his PBR bullfighting debut on July 2 at the PBR Canada Touring Pro Division stop in Calgary, Alberta, Byrne has worked additional PBR events in cities such as Lloydminster, Saskatchewan, and Magrath and Grande Prairie, Alberta.

The PBR Canada Finals will mark Byrne’s bullfighting debut on the elite Monster Energy Tour. As a rider, Byrne made six appearances at the event, finishing a career-best third in 2013. Most recently, at the 2018 PBR Canada Finals, the now 27-year-old went 2-for-4 to finish sixth.

As a bullfighter at the PBR Canada Finals, Byrne follows in the footsteps of cousin, Scott, and brothers, Jesse and Bo, who worked the event a combined 23 times. Since the first PBR Canada Finals in 2006, only once, in 2017, has a member of the Byrne family not fought bulls.

Via a vote of the Top 35-ranked riders in the Canadian standings, Brett Monea (Calgary, Alberta) and Ty Prescott (Strathmore, Alberta) were also selected to work the event inside the SaskTel Centre alongside Byrne.

For Albertan Monea, the selection marks his fourth consecutive, and seventh career, pick to work the PBR Canada Finals.

Monea’s return to the PBR Canada Finals comes amidst a banner year for the respected bullfighter. Nine times this season he was picked to work stateside on the PBR’s Pendleton Whisky Velocity Tour, cowboy protecting in cities such as Syracuse, New York; Jacksonville, Florida; and Portland, Oregon.

Prescott will complete the trio. Prescott has been selected to work the Canadian Finals for the third time in as many years after making his debut in 2017.

The PBR Monster Energy Canadian Finals is the 10th and final event of the 2019 PBR Canada Monster Energy Tour, the nation’s first-ever cross-country, nationally televised PBR series, where the nation’s champion will be crowned and presented a $50,000 bonus.

The bull riding action begins at 7:30 p.m. CT on both Friday, November 22 and Saturday, November 23. All bull riders will get on one bull each in Round 1 and Round 2 on Friday night, and Round 3 on Saturday night. The Top 10 will then advance to the championship round Saturday evening where both the event winner and 2019 PBR Canada Champion will be crowned.