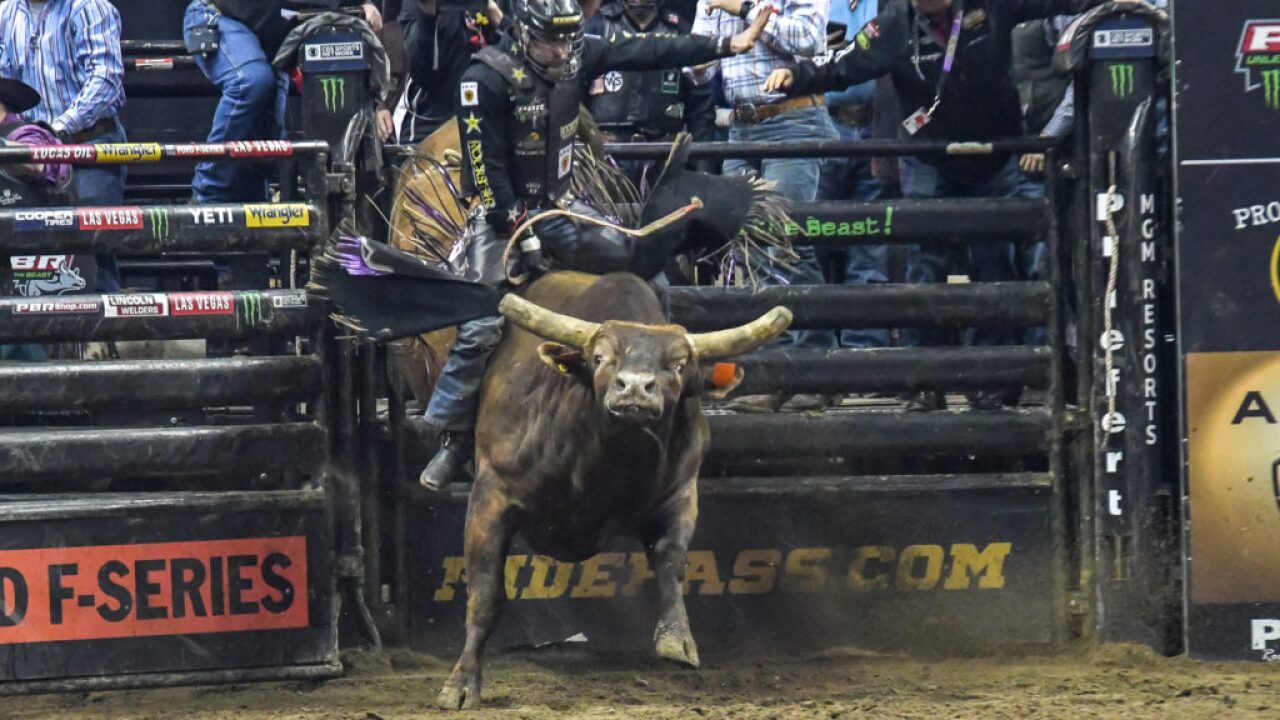 BILLINGS -- For the first time ever, the Professional Bull Riders Tour has scheduled a January weekend in Billings, the longest-standing stop on tour while approaching 26 straight years. Billings is also the smallest city to host a PBR Unleash the Beast event.

Leading into the World Finals at AT&T Stadium in Arlington, Texas (Nov. 12-15), the PBR has announced its 2021 schedule, including 24 stops on the elite Unleash The Beast (UTB) tour as well as the plan for Global Cup USA 2021.

Billings is the second stop on this year's schedule, set for the weekend of January 22-24. The PBR season launches two weeks earlier at Infinite Energy Arena in Duluth, Georgia.

“For the first time in almost 15 years, our elite series’ season will start in Georgia. We want to thank our loyal fans who couldn’t attend the event last March for their patience and welcome them back,” said PBR Commissioner Sean Gleason. “We’re excited to bring fans another full season of bull riding with comprehensive protocols in place for safe events.”

Throughout the 2021 season, PBR will continue to commit to providing a safe environment for fans, athletes, employees, and crew by working with its venue partners to implement industry-leading protocols for holding live events while following health guidance from local and state officials for each event.

The premier series tour’s 23 other stops are highlighted by stalwart events such as the sport’s 15th year returning to New York City in Madison Square Garden, April 30 – May 2.

Following the success of PBR Global Cup USA in Arlington in 2018 and 2019, the world’s leading western sports league is bringing its nation vs. nation competition to Las Vegas for the first time, with Global Cup USA 2021 heading to T-Mobile Arena on April 16-17.

The Top 35 riders and rankest bulls in the world will also storm into cities long awaiting the return of “America’s Original Extreme Sport.”

The first visit to New Orleans in over a decade is set for March 6-7 inside Smoothie King Center. Pistol Robinson (Burleson, Texas) was the last rider to strike pay dirt in the Big Easy, in 2010. Indianapolis has been waiting for bulls to buck into town since 2012, when Fabiano Vieira (Perola, Brazil) and Asteroid bested the rest of the competition. Bankers Life Fieldhouse in Indianapolis will host the UTB tour February 13-14. Little Caesars Arena – the 2018 Sports Facility of the Year – will host the premier series’ first visit to Detroit since 2012 on September 24-25. Three-time World Champion Silvano Alves (Pilar do Sul, Brazil) used the 2012 stop to pick up a victory on his march to his second-straight World Championship.

PBR World Finals returns to its Las Vegas home in T-Mobile Arena, November 3-7. The 2021 PBR World Champion -- who earns the most standings points during the season – will receive the coveted gold World Championship belt buckle and a $1 million bonus.