Jess Lockwood tops own mark for PBR's best ride of 2019 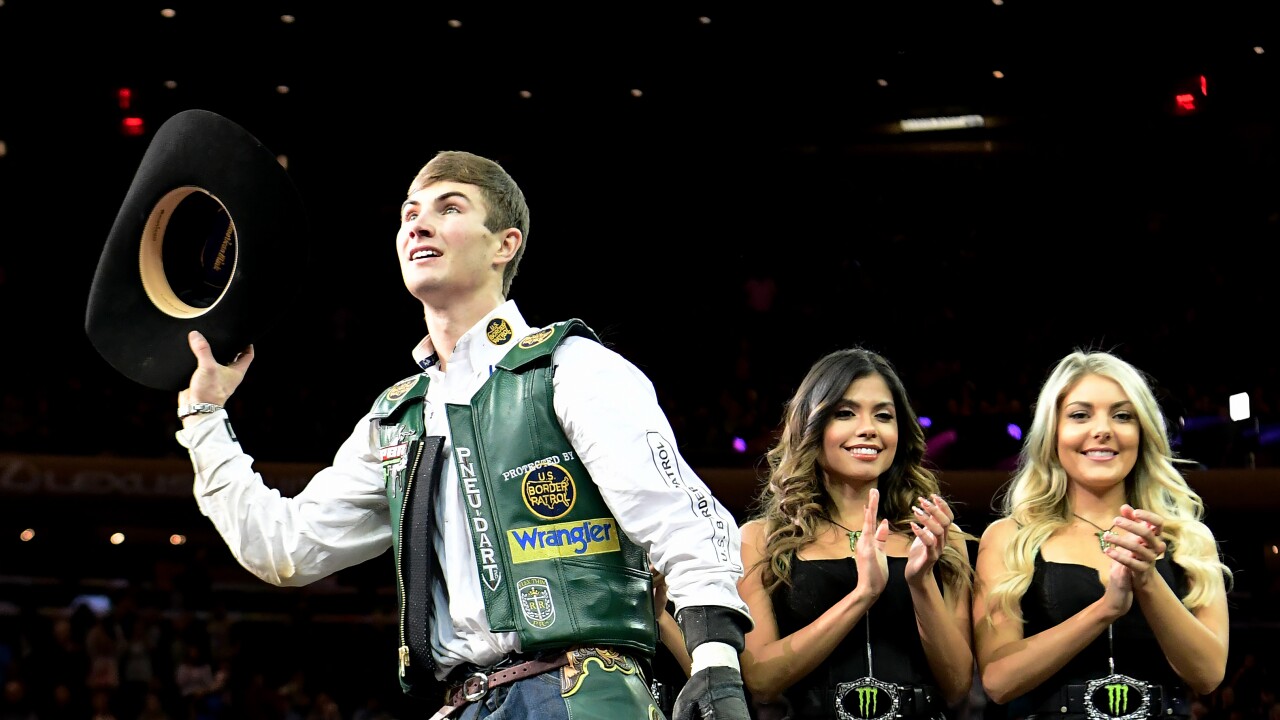 NAMPA, Idaho -- For the second time in as many weeks, Jess Lockwood scored the top ride of the PBR season, both times coming aboard Heartbreak Kid.

Lockwood bested his own mark by a quarter-point over the weekend, scoring a career-high 94-point ride on Heartbreak Kid at the Cooper Tires Take the Money and Ride event. Lockwood notched a 93.75-point mark last week in North Carolina, snapping the bull's streak of 38 consecutive buckoffs.

“I have never felt so good,” Lockwood said in a PBR release. “I am 10-foot tall and bulletproof right now. Going into the Finals last event, I don’t know if I can feel any better. I think everyone is going to start calling me crazy because I am going to start going into the championship rounds and choosing that bull because he is my bull.”

“This is crazy and awesome,” Leme said of Lockwood. “That was an awesome ride. He is a pretty good cowboy and I am a big fan of him. I pray for him too because he needs to stay healthy for Finals and this race. It is a very important race, for me, for him. I just need to ride my bulls and go to Finals.”

Lockwood won't compete in Rapid City this weekend, but will ride at the 2019 Pendleton Whisky Velocity Tour Finals Nov. 2-3 before saddling up for the 2019 PBR World Finals Nov. 6-10 at T-Mobile Arena in Las Vegas.