Jess Lockwood cleared to return in time for PBR Billings 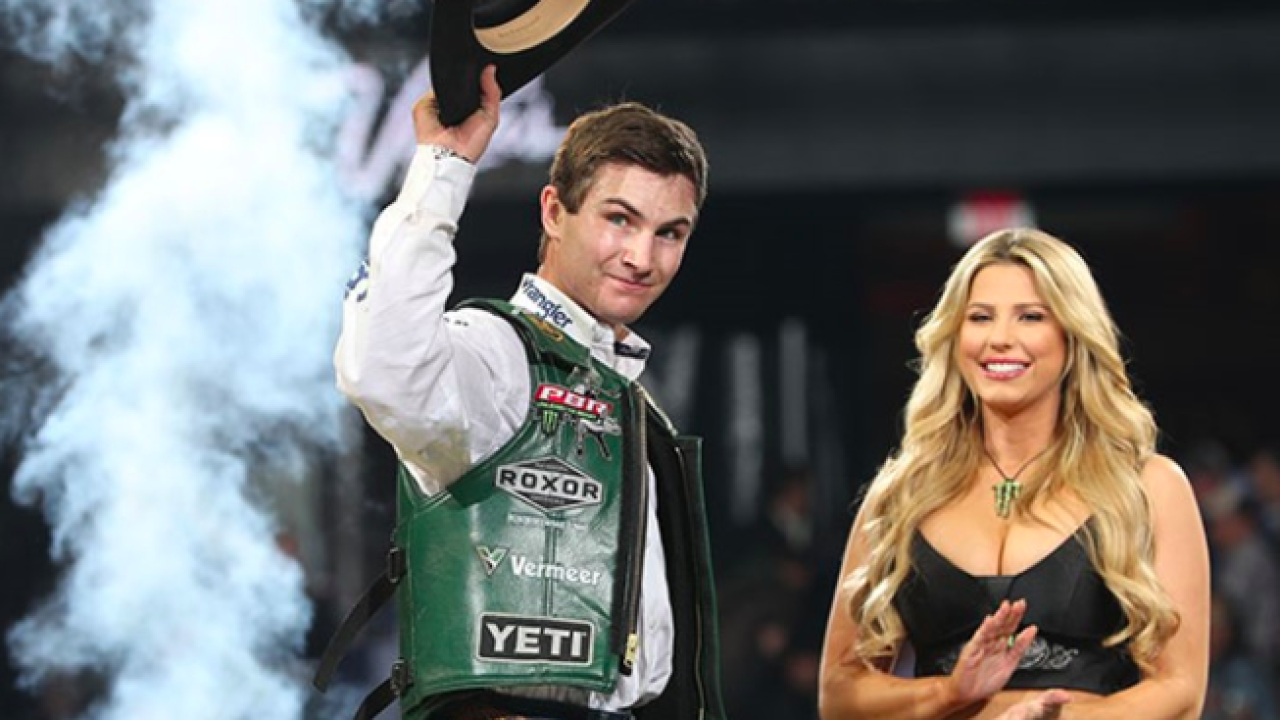 PUEBLO, Colo. – Two-time World Champion Jess Lockwood has not forgotten the pit in his stomach that overcame him when Dr. Tandy Freeman told him on March 2 just how bad his torn left hamstring really was.

Lockwood had visited Freeman plenty of times already in his young career for a range of injuries, including torn groins and a broken collarbone.

But the morning of March 2 was different.

“Tandy paused forever, and looked at me and he said, ‘It’s really bad,’” Lockwood told PBR.com on Tuesday. “I was like, ‘How bad?’ and I was told it could be career-ending bad. He was like, ‘Yeah, but we just have to find the right person to fix it.’”

That person was renowned surgeon Thomas Youm in New York, and Lockwood had a completely different feeling in his chest Tuesday when he left Freeman’s Dallas office.

“I am ready to live it up,” Lockwood exclaimed. “I am so gosh damn happy.”

Freeman officially has cleared Lockwood to return to competition on Sept. 11-13 for his home state event in Billings, Montana, after looking over an MRI of his surgically repaired hamstring Tuesday.

The defending World Champion is the No. 3-ranked bull rider in the world, and is 450.5 points behind No. 1 Jose Vitor Leme.

Lockwood has been talking openly about his plans to return in Billings for the past few weeks, but he admitted there were still some nerves as he sat in Freeman’s office waiting for the all-clear.

Last year, Lockwood wound up missing three months because of a broken collarbone, which included a setback in his initial recovery, so he is well aware of being overconfident when it comes to recovering from an injury.

“I was confident and everything, but, at the same time, I was like, ‘What if stuff ain’t right and ain’t ready? I don’t know if I can go any longer,’” he said.

Lockwood tore his left hamstring on March 1 in Kansas City, Missouri, in a freak accident. The 2016 PBR Rookie of the Year caught his right spur in his bull rope during his dismount from I’m Legit Too following a 91.5-point ride. The bovine athlete then yanked Lockwood into a split, ripping his hamstring muscles from his hip.

The Volborg, Montana, bull rider underwent surgery in New York City on March 10. He then had to spend six weeks in a knee brace and use crutches.

Lockwood admitted that it wasn’t until that brace came off that he started to believe he would bounce back. There were some dark days for him as he was stuck in bed playing video games and watching Netflix, or hobbling around on his crutches trying to get things accomplished on his ranch.

“Life sucked not being able to move around and stuck in a brace,” Lockwood said. “I couldn’t do anything. It was damn hard because there were points to where you had to limit yourself on what you could do and what you couldn’t do. When I couldn’t run yet, I was like, ‘OK, I need to run some bucking bulls. How do I do that? How do I do daily ranch work without putting myself at risk, or how do I get out of the tractor without slipping?’

“When that (brace) came off and I could walk again, I felt like I could do anything at that point, and I knew I was going to come back from this. This isn’t over.”

Lockwood has been vigorously rehabbing his left leg all summer long in hopes of making a second-half push at the 2020 World Championship. Lockwood plans to release a video Wednesday on his social media channels that documents his recovery process.

The 22-year-old has been working with his longtime physical therapist Kristy Elgin in Broadus, Montana, at the Body Shop Physical Therapy three days a week. Lockwood also has been training at home four days a week with guidance from the PBR Sports Medicine Team.

“When it finally got down to the nitty gritty, where we really started getting after it, it was everything,” Lockwood said. “Plyometrics, isometrics, running, climbing hills. Three days a week with her and four days a week at home. Every gosh damn day it has been something to get that leg better.”

Lockwood says the next step will be to start getting on practice bulls late next week at his brand new bucking arena he finished building during his time away from competing.

As long as everything goes well there, then you can definitely count on him competing at the PBR Ariat Invitational, presented by Cooper Tires, in Billings at Rimrock Auto Arena.

“I feel confident already, but I will get on those practice bulls and make sure I am feeling good and ready to go,” Lockwood said. “I am 100% planning on Billings, but if for some reason I am getting on practice bulls and I just don’t feel right, then I won’t put myself in and possibly get on Hocus Pocus or Chiseled or Smooth Operator in the 15/15 and see how it holds up. No way.”

Lockwood knows just how important Billings is if he does want to win a record-tying third World Championship and successfully defend his world title.

A three-day event win, and a 15/15 Bucking Battle victory, would be huge.

Lockwood has watched this second half firsthand as a RidePass commentator while Leme has opened his lead up to 450.5 points. Lockwood was only 72.5 points behind Leme at the time of his injury.

“I know I have to get back because he has such a lead right now that it is going to be damn hard for me to catch him, but I am not giving up until they give him that damn buckle at the Finals because anything is possible,” Lockwood said.

Lockwood competed in 18 UTB events in total last year after having to miss three months because of a broken left collarbone. He has competed in eight UTB events in 2020. Based on the current tentative Unleash The Beast schedule, Lockwood could finish this year with appearances at 16 total events.

While that is two fewer events than last year, there are two things playing into Lockwood’s favor potentially.

One, there were less summer Touring Pro Division events and Pendleton Whisky Velocity Tour events for Leme to compete at, and, more importantly, the 2020 World Finals are much more valuable than last year points-wise.

Lockwood won the 2019 PBR World Finals by going 5-for-6 with one round victory, and he will need another massive performance at the Finals if he wants to become the second rider in PBR history to win back-to-back world titles. He would have earned 772 world points at the World Finals in this year’s current points system.

However, Lockwood knows Leme is a different bull rider than the one that came up just short of a world title last year. It took a herculean effort in Las Vegas to defeat Leme last year, and he is going to need to do that and more this time around.

“It will be harder just because he is riding better, and I am coming back from a possibly career-ending injury,” Lockwood said. “Last year it was just a broken collarbone, whatever. This is like, ‘You may not walk right the rest of your life, let alone ride bulls.’”

Lockwood was 18-for-31 (58.06%) with five 90-point rides and eight round wins at the time of his injury. He believes he can return to that same form, and he is not going to throw in the towel just yet when it comes to the 2020 World Championship.

“It is not over until they hand Jose that buckle,” Lockwood said. “I am doing everything in my power, and I am wearing the buckle right now that says I am the best. That is my mindset coming back into it.”