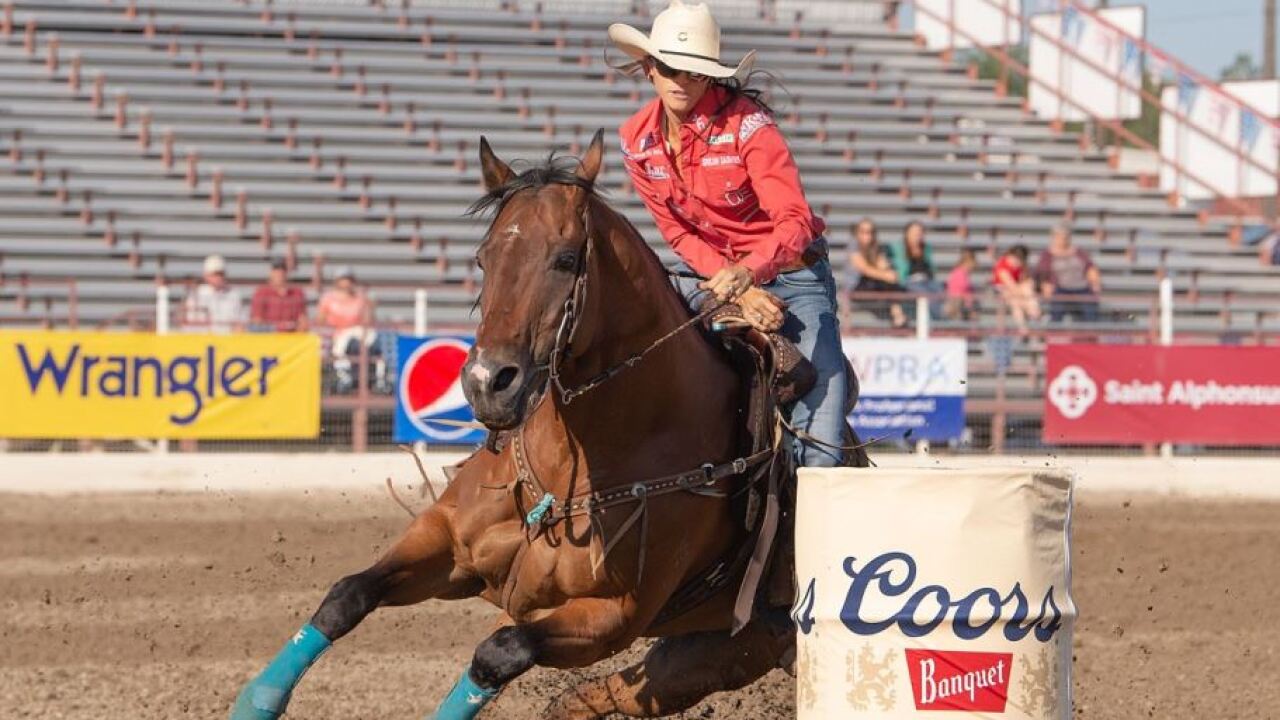 Kirt Steinke - CNR
Stevi Hillman of Weatherford, Texas, rode Quatro Fame “Truck” to a first-place tie during slack at the Caldwell Night Rodeo. They stopped the clock in 17.27 seconds and won $2,052.

CALDWELL, Idaho --- There might be a rodeo that Stevi Hillman likes better than the Caldwell Night Rodeo, but the Weatherford, Texas, resident is quick to point out that none of them happen in August.

Hillman has been the champion here the past two years. She set the arena record of 16.68 in 2017 aboard a young horse that fans all knew as Sharpie. Last year, she came back here on her faithful mount, Truck and won again.

This year, she has been very selective at which rodeos she rode Truck at and was saving him for Caldwell. The strategy worked as she tied for first place in the first round on Tuesday morning. She and Dona Kay Rule from Minco, Okla., both had times of 17.27 seconds. They each won $2,052 bringing Hillman’s earnings at the Caldwell Night Rodeo to $18,012.

She and Truck had the rest of the day off and will be back here for their second run on Wednesday night. Rule made her second run Tuesday afternoon and has set the pace with a 17.11. She also leads the overall standings with a total time of 34.38 seconds.

Another of last year’s champions is trying to make it two in a row. Derek Kolbaba from Walla Walla, Washington won the bull riding here a year ago with an 89-point ride. He took the lead during Tuesday night’s performance with an 87.5-point ride on D&H Cattle Company’s Tested & Bruised. The bull riding championship here is based on the highest-marked ride from one round, so he is now the man to beat.

Mitch Pollock calls Winnemucca, Nevada, home, but the saddle bronc rider has ties to the “Gem State.” Pollock went to college at Twin Falls where he qualified for the College National Finals Rodeo. His fiancée is from southern Idaho and it is likely they will make their home somewhere near his alma mater.

When he gets the chance to compete at a rodeo in Idaho, it’s like being home for him. He was the top saddle bronc rider here on Tuesday night with a 90-point ride on Outlaw Buckers Rodeo’s Lunatic Party. That should get Pollock a good check in the first round and see him back here on Saturday night to ride for a championship.

Current Leaders in the timed events –