Former Montana State Bobcat Cort Scheer back in the saddle 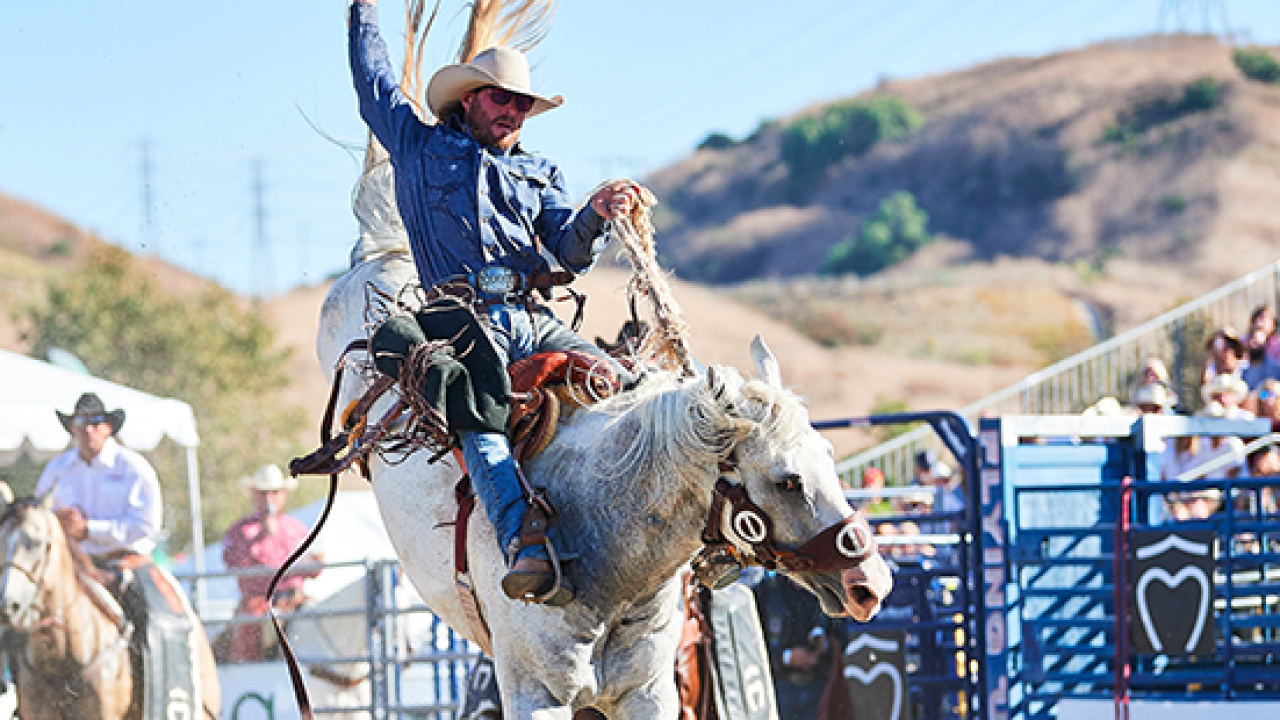 The veteran saddle bronc rider and six-time qualifier for the Wrangler National Finals Rodeo (2010, 2012-15 and 2018) was recovering from a torn posterior cruciate ligament (PCL) in his left knee the past five months.

“The horse kind of reared around the post there and kind of rubbed me off on the post and I tore my knee up a little bit,” said Scheer, 34. “That injury was just a fluke deal. That’s an awesome horse who has been to the NFR a bunch of times. I dang sure would be excited to draw her again.”

After consulting with his doctor, Scheer opted not to have surgery.

“I talked to my doctor who replaced my other knee, and he told me that the best option would be just to give my (left knee) a break because surgery would only be 70% successful,” Scheer said. “So, I just gave it five months and my knee feels great.

“I wore a (knee) brace for three months. The fourth month I took it off and did therapy, and I returned to riding in the fifth month. My therapy was more or less working. I built a horse barn, and I was riding some team roping horses. To me, riding a horse is good therapy because it works your upper body and lower body.”

The rodeo hiatus from mid-March to the third week of May because of the COVID-19 pandemic played into Scheer’s favor.

“I hate that there were no rodeos, but it dang sure helped me and let me heal up,” Scheer said.

Scheer’s first PRCA rodeo back after his injury was the Woodward (Okla.) Elks Rodeo, June 10. He had a 77-point ride on Beutler & Son Rodeo’s Flying Solo.

Scheer competed at the Jordan (Mont.) Match Xtreme Bronc Ride, June 21. Next he will go to the World’s Oldest Rodeo in Prescott, Ariz., June 30.

“I feel great,” Scheer said. “I have been running around and I have been chomping at the bit the last month wanting to roll. I was skeptical to see how I would do, but it took me longer to wipe the mold off my chaps than it did to feel good about riding broncs again, so I was happy.”