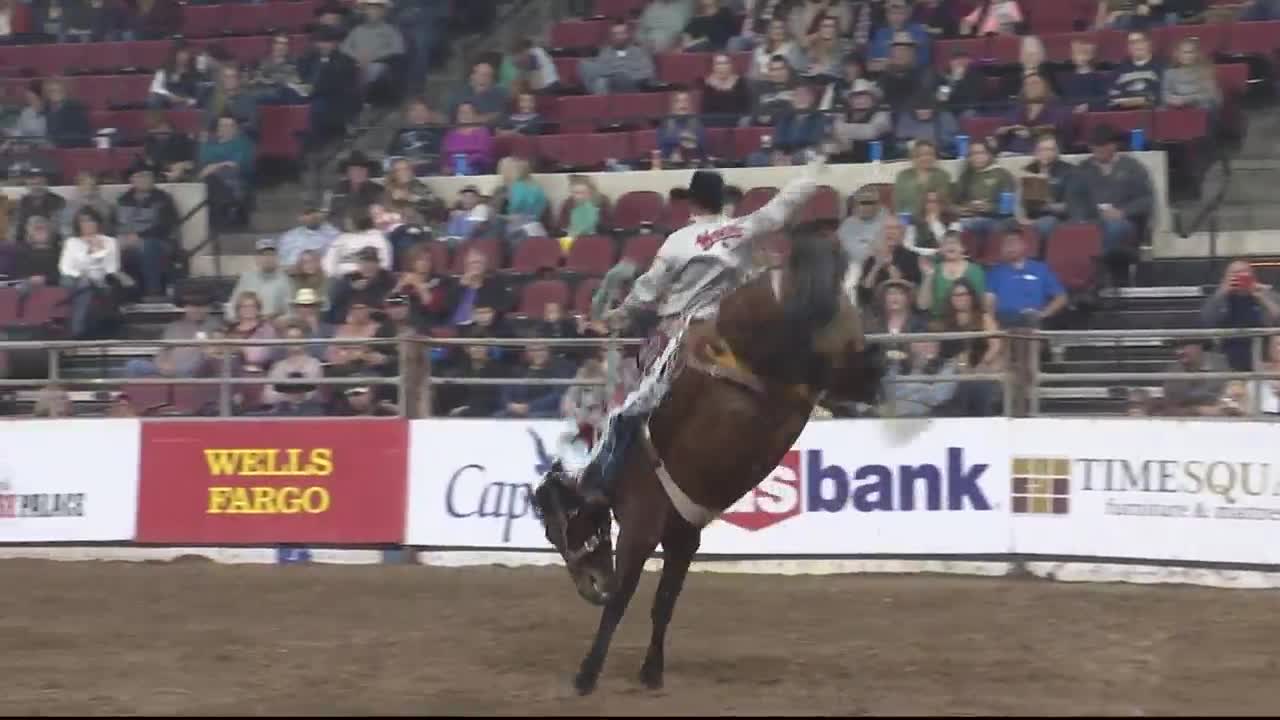 BILLINGS -- He rode last in saddle bronc but finished the night first.

Deer Lodge cowboy Chase Brooks was the final saddle bronc rider out of the chutes in Thursday's opening round of the PRCA NILE. He had to beat 86 points to claim the lead. No problem.

Brooks covered Bob Cat for 89 points inside First Interstate Arena in Billings for a three-point lead with two rounds left. It's a one-performance rodeo, meaning if no cowboy beats his score on Friday or Saturday, Brooks repeats as the NILE's saddle bronc champion. Brooks won last year with 88 points aboard Double Take.

Nine of the 12 contestants in Thursday's field had experience at the Wrangler National Finals Rodeo (NFR).

Casper, Wyoming's Ty Blasingame and partner Levi Tyan (Wallace, Nebraska) share the team roping lead with Bozeman's Kal Fuller and Kasper Ro (Missleigh, Alberta). They were the final two pairings to rope their event Thursday night with low times of 4.4. Blasingame will enter his first Wrangler NFR this December ranked No. 5 in the world among PRCA headers.

As this story was published, MTN Sports was still awaiting results from the NILE in tie down roping, barrel racing and bull riding.