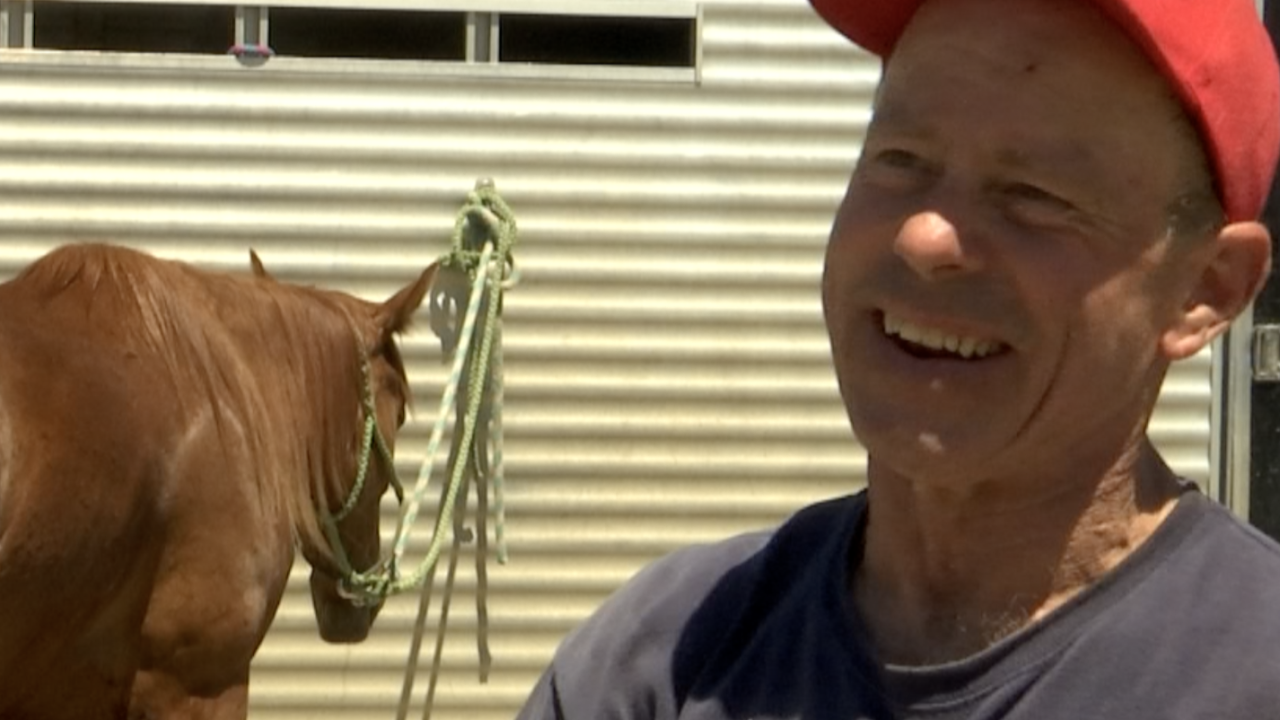 RED LODGE -- Thursday would have marked 91 years at the Red Lodge Home of Champions Rodeo. Nine decades worth of thrills and spills, close calls and cashed paychecks.

But due to the coronavirus pandemic, and like so many other Fourth of July rodeos, Red Lodge is on hold until next summer.

Naturally, his first involves a frantic plane ride via the Red Lodge airstrip which flanks the rodeo arena.

“I never was the sharpest tack in the box," Greenough said with a hearty chuckle. "We chartered a plane, yeah, we was working Red Lodge and Cody in the same day. So Red Lodge in the afternoon, Cody mid-afternoon. Then will be on to Livingston the next day.

"Always dreamed of that as a kid, jumping the fence (from arena grounds to the runway). Flew in there several different times, you know, we had Cleve Schmidt and I grabbed our stuff and we get in the plane. We'd just taken off and I went 'Ohhhh.' I just got this sick feeling. Marvin Garrett needed a rigging. He called me from Cody and says, 'You got an extra rigging? Mine got squished.' I said, 'Yeah.'

"I was living right there, so I brought my extra rigging for him. Well, when I loaded my gear back I loaded the extra rigging for him and left mine behind the stripping shoots and we had to turn around and land. Mr. Wolf, the guy that owned the plane, was panicking. He come running across and said, 'Is everything OK?' I said 'Yeah, I just forgot my riggin.'"

That's not Greenough’s only flight story.

"Clint Branger and Tuff Hedeman and Jim Sharp had one of them big Learjets come in here one time. They backed it plum up to the barbed-wire fence, and, boy, they poured the onion to it, and they released the break, and when they did they took off. It was good, good watching," he said.

Fans will tell you it was also good watching Greenough. And he’s quick to point out the feeling was mutual. He remembers his first PRCA ride in his hometown arena this way, after climbing the ranks of high school and college.

“Man, when you get to a pro rodeo there’s a whole different atmosphere," he said. "The crowd is bigger, it’s louder. The roar is louder and riding there for the first time, boy, you just feel like 1 million bucks. You’ve got so much adrenaline running through you, you can share it with the football team.”

And Greenough knew how to channel adrenaline -- enough to earn himself the 1993 world title.

Long before, one of his favorite memories was leaning over the arena fence in Red Lodge as world champion Larry Mahan walked by. The champ stopped to sign Greenough’s program, a moment Greenough said he’ll never forget.

Fast forward to his own world championship year and, in particular, the night he clinched it.

“You won the world, and you’re with media a lot and reporters and, I mean, your night is really spent," he said. "So, by the time the end of the night is over, everybody’s out of the locker rooms and everybody is gone. So, I was telling Kim, my wife at the time, I said, 'Shoot, I’d like to maybe run over to Binnion’s. The boys are over there and I’d like to go see him for a little bit.' And she was beat so she went to bed. I walked in there and Chuck Hogue is standing there and says, 'Deb! Buy me a beer! And I said shoot, Chuck, I just won the world. Why don’t you buy me a beer?' (And he said,) 'Because it’s 10 minutes to midnight, and in 10 minutes you’re going to be an ex-world champion.'

"That was some of the best advice I ever got, because reality hit you. It don’t matter, them horses don’t know what kind of buckle you’re wearing, you still got to do your job.”

Greenough admits he never wanted to hang it up but suffered "a pretty bad groin injury in 2001 and could never get it to heal right." If he couldn’t rodeo at Mach speed, he didn’t feel right about simply creeping down the trail.

“(It's) still all I want to do, but too many birthdays got me now,” he said with another hearty laugh.

Greenough still makes his living around horses. He learned years ago from his father how to tend to their shoes.

“We'd go home broke and Dad always had plenty of horses to shoe. By the end of the day you’d be so tired and worn out, hot and sweating, and, shoot, going and winning that money just sounded way more appealing than working this hard," Greenough said. "Well, if we was ever kind of broke, you could always find some horses to shoe.”

As for those years ago and that first-ever PRCA ride on his hometown soil?

"I don’t think I won any money that first one," Greenough said, "but I did win a lot of money out of Red Lodge.”