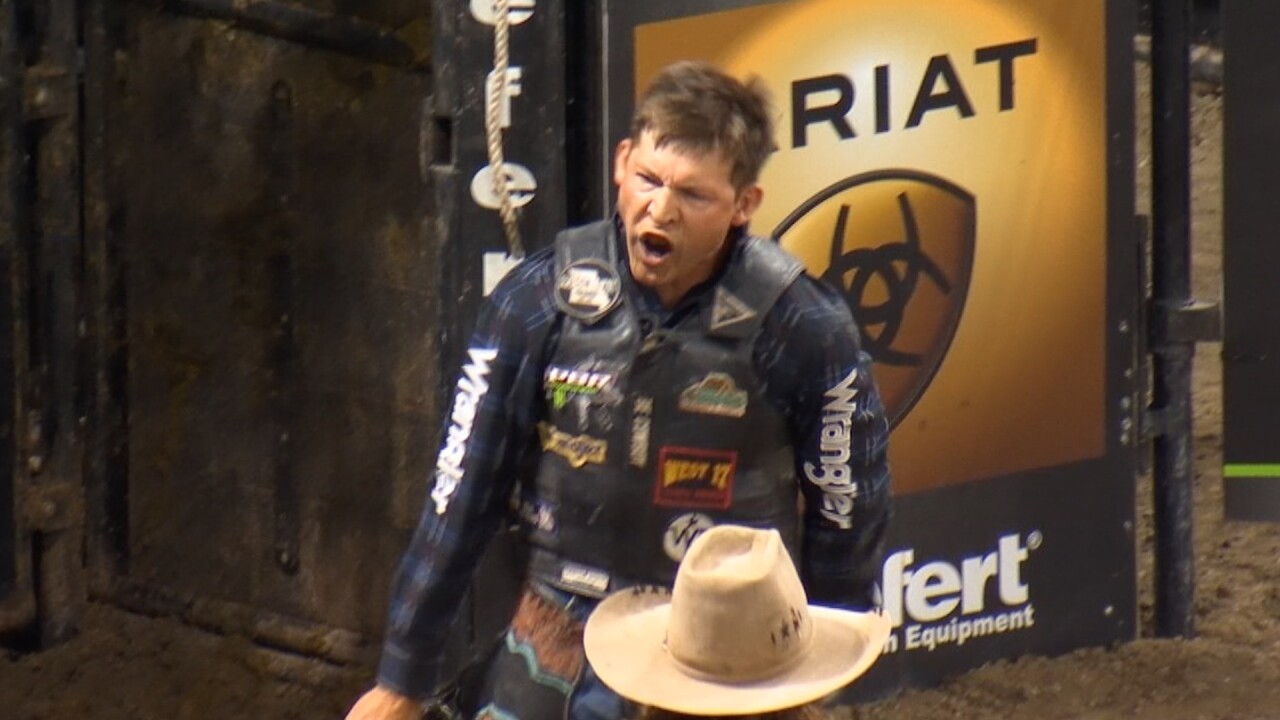 The 28-year-old Browning bull rider has been doing this for more than half his life, but he’s never been better than right now. Louis entered the PBR Ariat Invitational last weekend in Billings fresh off three top 12 performances in four events since the Unleash the Beast tour started up again, but he saved the best for the home state.

Louis rode his first two bulls inside First Interstate Arena, propelling him to a seventh-place finish, his first-ever top 10 on the top tour. Most importantly, he earned 20 world points that brought him from 38th to 33rd in the standings -- the top 35 make the World Finals. But he doesn’t just want to make it to Las Vegas.

“I’m shooting for top five this year, and next year I’ll be going for first place," Louis said.

That may seem impossible to some, but aiming high is the only way Louis knows.

“My dad, he rode bulls, and he always just went for first," Louis said. "He figured, if you’re going to do something, you might as well be all-in.”

Louis owes a lot to his family -- from his bull-riding dad to his bull-riding younger brother Preston, who was competing at the RAM National Circuit Finals over the weekend.

“We’ve always been there to encourage one another, give the other one that competitive nature, I guess, and we’ve always been the first to give them a hard time, too, when it didn’t go their way," Louis laughed. "But it’s been fun, and I’m very blessed to have that kind of encouragement in my family.”

It's a trait he’ll pass on to possibly the third generation of Louis bull riders.

“I have a 3-year-old son, Hayes, and for sure anytime I get back to him after the weekend, it seems like he always grows an inch taller or gets bigger," Louis said.

Louis said Hayes is the best part about going home to the family ranch near East Glacier, where his strength and family bond was born.

“You got to be able to communicate when you’re working with animals," Louis said of his working with his family. "Every day we try making the best out of it.”

It’s a life Louis is excited to get back to one day.

“I sure enjoy ranching. I raise Black Angus cows, train performance horses and team rope," he said. "I feel like I can do that for a while.”

But not quite yet. There’s some unfinished business in the arena.