'Crunch time' underway in Caldwell, Clay Tryan in the money 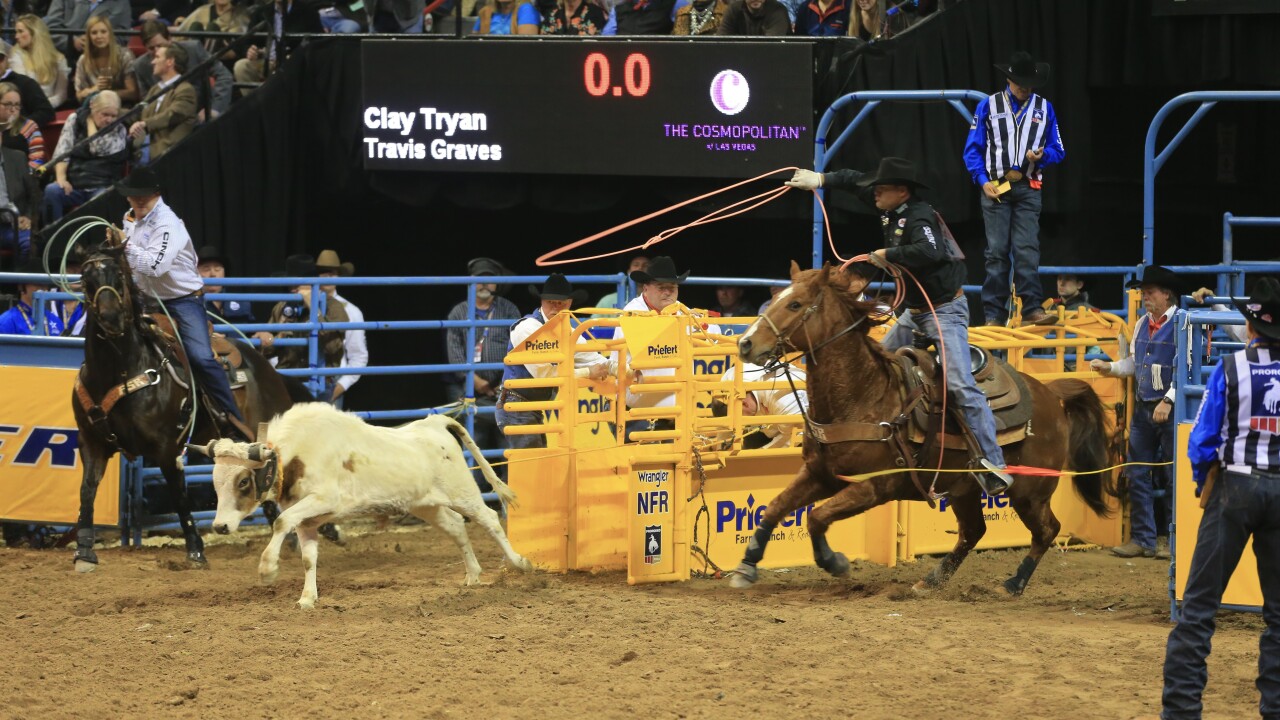 Jackie Jensen
Billings header Clay Tryan eyes a steer in the second round of the 2018 NFR.

CALDWELL, Idaho - The Caldwell Night Rodeo is often the beginning of what could be called rodeo crunch time.

Traditionally the third full week of August, the rodeo is one of the highest-paying events this month and kicks off the final six weeks of the rodeo season. For contestants hoping to qualify for the Wrangler National Finals Rodeo (NFR), a paycheck here can send them to Las Vegas in December or send them home hoping for better luck next year.

While full rodeo competition starts on Tuesday, action was underway Monday was a full day of slack competition in steer wrestling, team and tie-down roping. It kept NFR hopes alive for a handful of contestants.

Among those were John Douch, a tie-down roper from Huntsville, Texas and Blake Mindemann, a steer wrestler from Apache, Oklahoma. Prior to Caldwell’s rodeo, Douch was 17th in the Professional Rodeo Cowboys Association world standings and Mindemann was 18th. They each helped their positions by getting good checks here already.

Mindemann had a time of 4.1 seconds to tie with Stetson Jorgensen from Blackfoot, Idaho. They each earned $2,683. Mindemann was about $5,000 out of the top 15 that qualify for the NFR and cut that gap in half here. Jorgensen is well inside the top 15 at eighth and if he stays there, he will be headed to his first NFR. Mindemann made his first trip last December.

Douch had the biggest win of his career last month at the California Rodeo Salinas. He earned nearly $10,000 there and got a big jump in the world standings. He stopped the clock in 8.4 seconds here Monday and won $3,046. He has over $8,000 gap to fill to move into the top 15.

These events all feature two full rounds of competition. The second round of competition will continue during the first four performances of the rodeo. Their times will be added together and the 12 contestants (header and heeler in team roping) will advance to Saturday’s Championship Night where the lion’s share of the $325,844 in prize money will be paid.