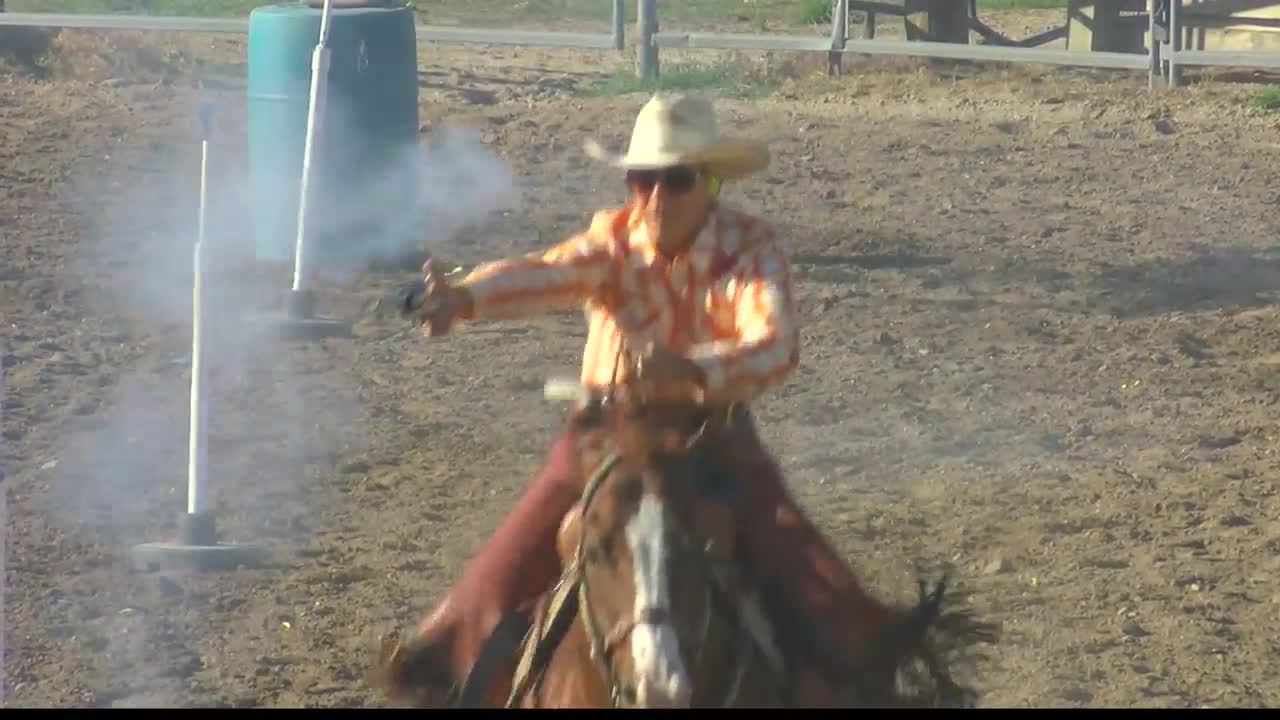 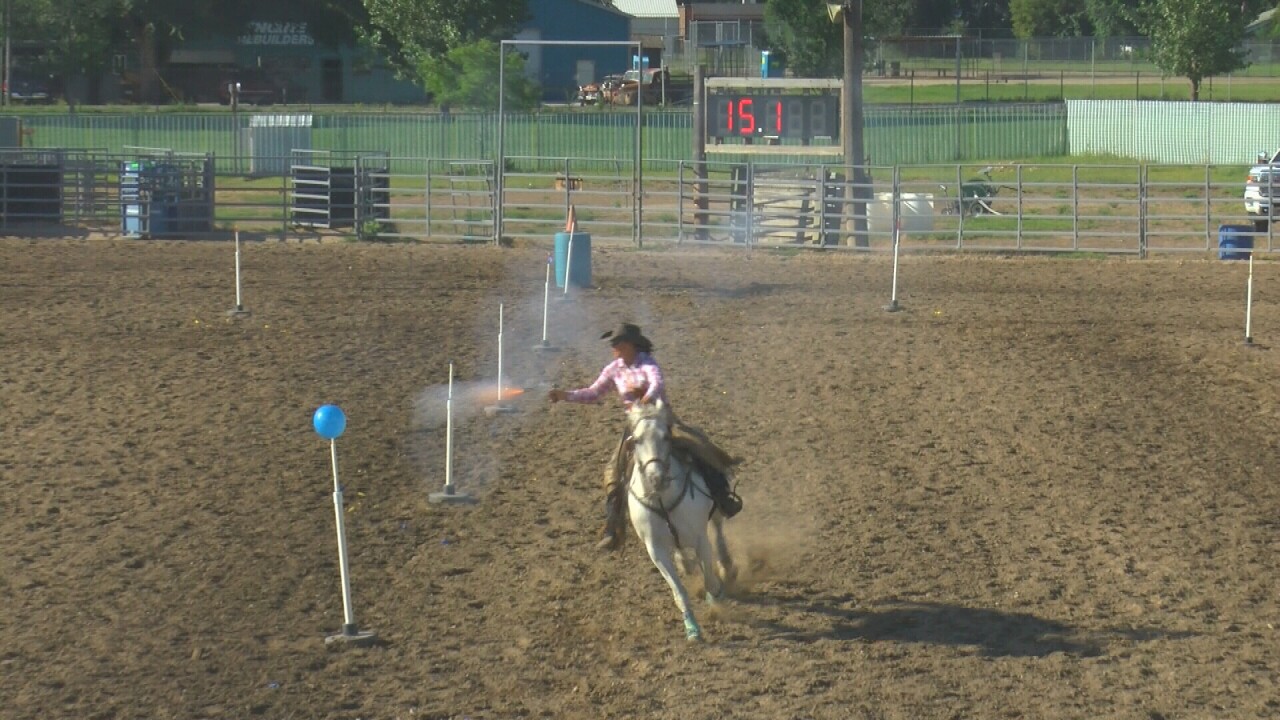 MISSOULA — Saturday was the second day of the Blast in the Bitterroot, a three-day cowboy mounted shooting event in its second year.

"I always explain it as barrel racing with guns -- it isn't the best description, but it'll work for now. There are 70 to 72 different patterns, they will draw six for a weekend at random, and then you go through and you have to shoot five balloons with one color with black powder bullets, then change guns as you're rounding a barrel and shoot five more in the fastest time possible," said Tanna Stewart, a shooter from Oregon.

While it is new to the Bitterroot Valley and Montana as a state, cowboy mounted shooting goes back 25 years when it was created in Arizona by the single action shooting society.

"The northern people that are retired like me, we go down south and shoot all winter. And now there are clubs in every state in the Union, it's a pretty big sport and it's very fun, it's very exciting and most any age can do it," said organizer and contestant Ken Jones.

Since then it's grown to be a nationwide event. This weekend there were people from all over the country looking for the fastest time, but it's more of a community event rather than competition.

"It's just an adrenaline rush. You're running out their full speed -- and I've done rodeo, I've barrel raced -- and this is just something else that keeps my horses sound, keeps my horses doing something different. The community is amazing, I've made some amazing friends shooting. Iit's just a really good time altogether," said Stewart.

While some may do it for the fun of shooting, Ken Jones said he does it for the horsemanship.

"The guns are really second to me, I'm not really a gun person. The horsemanship is really good, because it's like barrel racing except you have 80 patterns and you never know which one you were going to get. Your horse has to be able to listen to you, you have to have a well-trained horse and he has to go the way you want him to go with minimal effort, because if you are messing with your horse you are going to miss your targets, so you kind of have to let the horse do his thing and concentrate on your targets," said Jones.

Ever though it's the second year down here in the valley, it seems this event won't be going anywhere anytime soon.