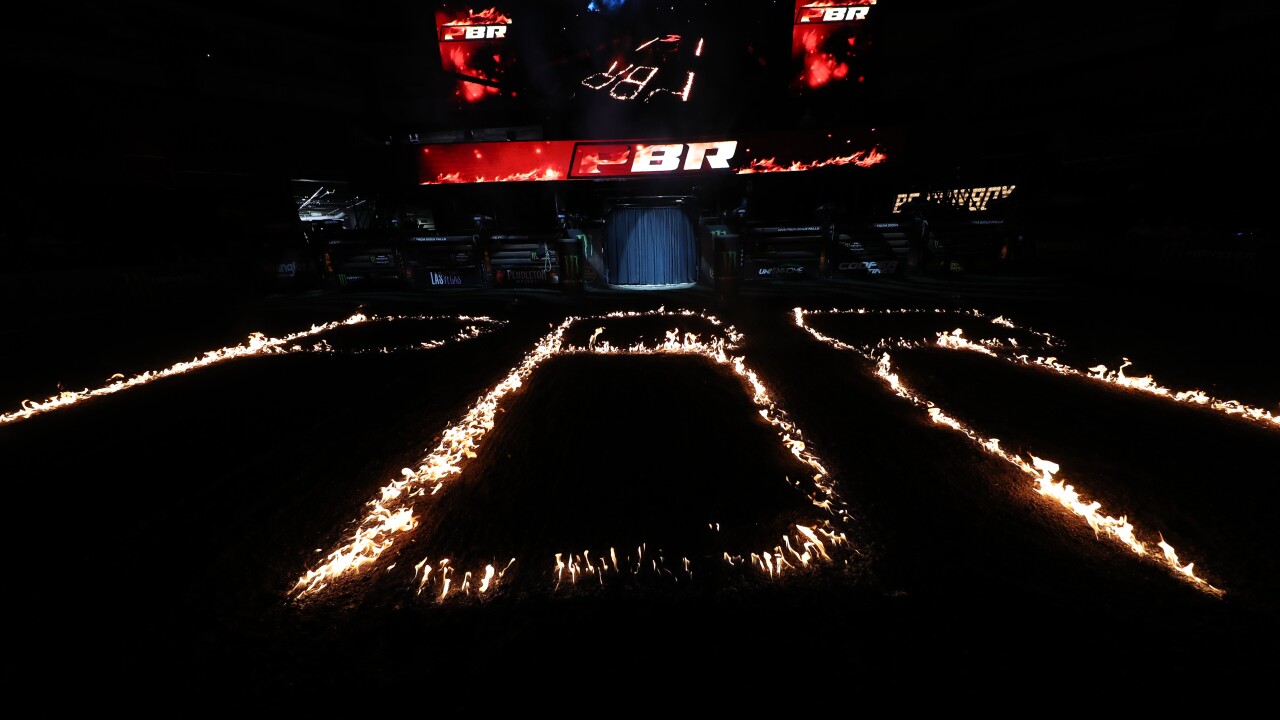 Andy Watson
during the second day of the METC Finals at the Monster Energy Team Challenge PBR in Sioux Falls, SD. Photo by Andy Watson

“I chose these guys for a reason,” said Team Cooper Tires Captain Jose Vitor Leme. “I know they can make a difference in this competition. I’m proud to be a member of this team.”

“I think momentum is a big part of this game,” Team Cooper Tires rider Sage Kimzey mentioned. “I loved being first out tonight. Coming out of Vegas we were on a hot streak, and it’s exciting that we have kept this going.”

“I feel great being able to contribute to the team,” said Keyshawn Whitehorse after his 2-for-2 performance. “Iron sharpens iron, and it feels great to be able to have these guys on my back.”

“Since the first bull we were fighting, even if it hurt,” said Team Pendleton Whisky Team Captain Marco Eguchi. “With our great fans we have here it’s just better to ride. I’d like to ask everyone to pray for our great friend and rider Fabiano Vieira. He’s banged up right now and need those prayers.”

SIOUX FALLS, S.D. – Concluding Playoff Night Two inside Denny Sanford PREMIER Center, Team Ariat and Team Las Vegas locked horns in a match for third place. Team Ariat, led by captain and 2016 PBR World Champion Cooper Davis (Jasper, Texas), earned the third-place payday of $21,000 despite not making it to the 8-second whistle in the consolation game, because of its 5-2-1 record coming into the game. Team Ariat finishes the Monster Energy Team Challenge with a record of 5-2-2. The 0-0 tie was the second tie of the tournament for Team Las Vegas, which finishes with a record of 4-3-2 and in fourth place from the original 12 teams.

Here is the matchup for Championship Sunday on July 12, for the final game of the 2020 PBR Monster Energy Team Challenge, presented by U.S. Border Patrol: