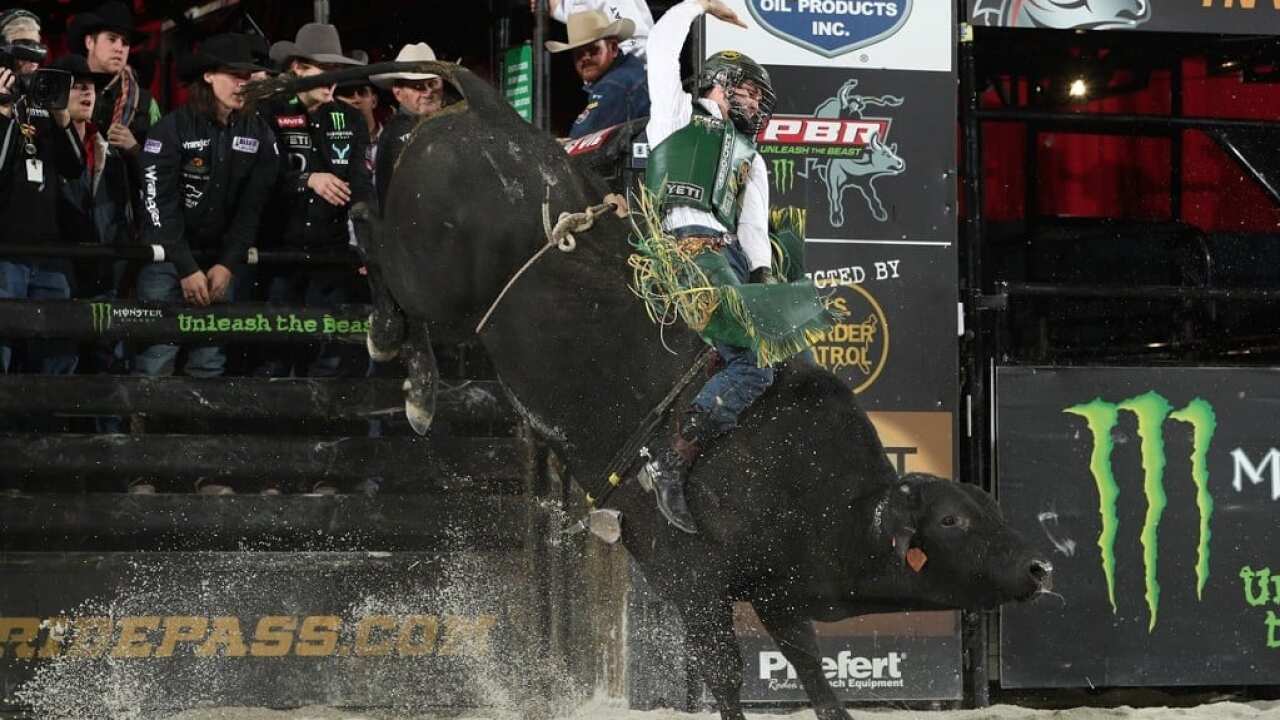 PUEBLO, Colo. - The 2020 PBR (Professional Bull Riders) World Finals: Unleash The Beast will be held at AT&T Stadium in Arlington, Texas, November 12-15, it was announced today.

The richest and most prestigious event in bull riding, which offers a $1 million Monster Energy World Champion Bonus and coveted gold buckle to the PBR World Champion and a $300,000 check to the event winner, had originally been scheduled for T-Mobile Arena in Las Vegas November 4-8 and has been moved due to state COVID-19 (coronavirus) restrictions.

Additionally, the next PBR Global Cup, a five-nation, team-formatted event, which was to be held at AT&T Stadium in 2021, will relocate to Las Vegas in the spring of 2021. PBR will announce a specific date, time and venue in the future.

The PBR Pendleton Whisky Velocity Tour Finals, which had been scheduled at South Point Arena in Las Vegas October 31 – November 1 will now be held at the Denny Sanford PREMIER Center in Sioux Falls, S.D. November 6-7.

PBR has competed in AT&T Stadium, home of the Dallas Cowboys, annually for the last 10 years. The stadium hosted PBR as it set the sport’s largest single-day event attendance record, welcoming more than 46,000 fans in February 2018. The stadium also held two editions of the PBR Global Cup USA in 2019 and 2020.

“The PBR World Finals, the biggest event in bull riding, will crown our next champion rider and bull in the NFL’s largest stadium in the heart of cowboy country, giving fans the sport they love in a comfortable, socially distanced environment,” said PBR Commissioner Sean Gleason. “We are very grateful to Governor Abbott and the state of Texas, who moved at lightning speed to make this happen, as well as our partners in the city of Arlington, the Visitors Bureau, and AT&T Stadium for welcoming PBR and our loyal fans for championship week.”

“When we heard about the potential opportunity to host PBR World Finals, we immediately began discussions to figure out a way to host this event,” said Dallas Cowboys Chief Operating Officer Stephen Jones. “We have an incredible relationship with PBR since the opening of our stadium and we’re as excited as ever to extend that relationship by providing a safe stadium environment for them to feature their sport once again.”

“We’re incredibly excited about PBR’s decision to bring its World Finals to The American Dream City as the sport continues its rich history at AT&T Stadium,” Arlington Mayor Jeff Williams said. “This larger-than-life, premier bull riding competition captivates an international audience and it's the perfect fit for our world-class Entertainment District.”

“For the past 26 years, Las Vegas has been home to PBR’s action-packed season finale, and we have looked forward to hosting them as much as they have been eager to come to Vegas,” said Steve Hill, president and CEO of the Las Vegas Convention and Visitors Authority. “We look forward to welcoming PBR fans back to Las Vegas in Spring 2021 for more exciting bull riding action and Only-in-Vegas experiences and entertainment.”

During World Finals week, fans can also attend the Women’s Rodeo World Championship at the Will Rogers Coliseum Complex in Fort Worth. Competition begins on November 9 and will culminate with Championship Rounds held inside AT&T Stadium during the November 13-15 World Finals performances. Contestants competing in four disciplines—breakaway roping, barrel racing, and team roping (heading and heeling) —will compete for their piece of a historic $750,000 purse along with an all-around $20,000 bonus. Athletes in each discipline will compete for $136,000 in the main event, with each discipline champion walking away with a minimum of $60,000.

Fans at the Fort Worth Will Rogers Memorial Center will also have the opportunity to attend the ABBI (American Bucking Bull Inc.) World Finals, where the top 2- and 3-year old bulls in the world compete in two rounds of competition for a chance to win the 2020 ABBI Classic Champion title and $100,000.

General public tickets for 2020 PBR World Finals: Unleash The Beast go on sale Monday, October 5. Additionally, PBR Direct four-day packages will go on sale September 28-30, with PBR Direct Single Day tickets on sale October 1-2. Tickets can be purchased at the AT&T Stadium Box Office, online at ATTStadium.com or SeatGeek.com, or via the phone to PBR Customer Service at (800) 732-1727.

CBS Sports Network will televise all rounds of the PBR World Finals, in addition to pre-round shows previewing the action. The league’s OTT channel RidePass will also bring viewers all the action LIVE.

Following the onset of the COVID-19 pandemic in the U.S. resulting in the shutdown of live sporting events beginning in mid-March, PBR was the first major professional sport to return to competition in late April with industry-leading safety protocols in place. PBR was also the first sport to host fans in indoor arenas with additional protocols instituted, beginning in Sioux Falls, S.D. July 10-12. The sport has now hosted fans during seven event weekends safely and without incident.