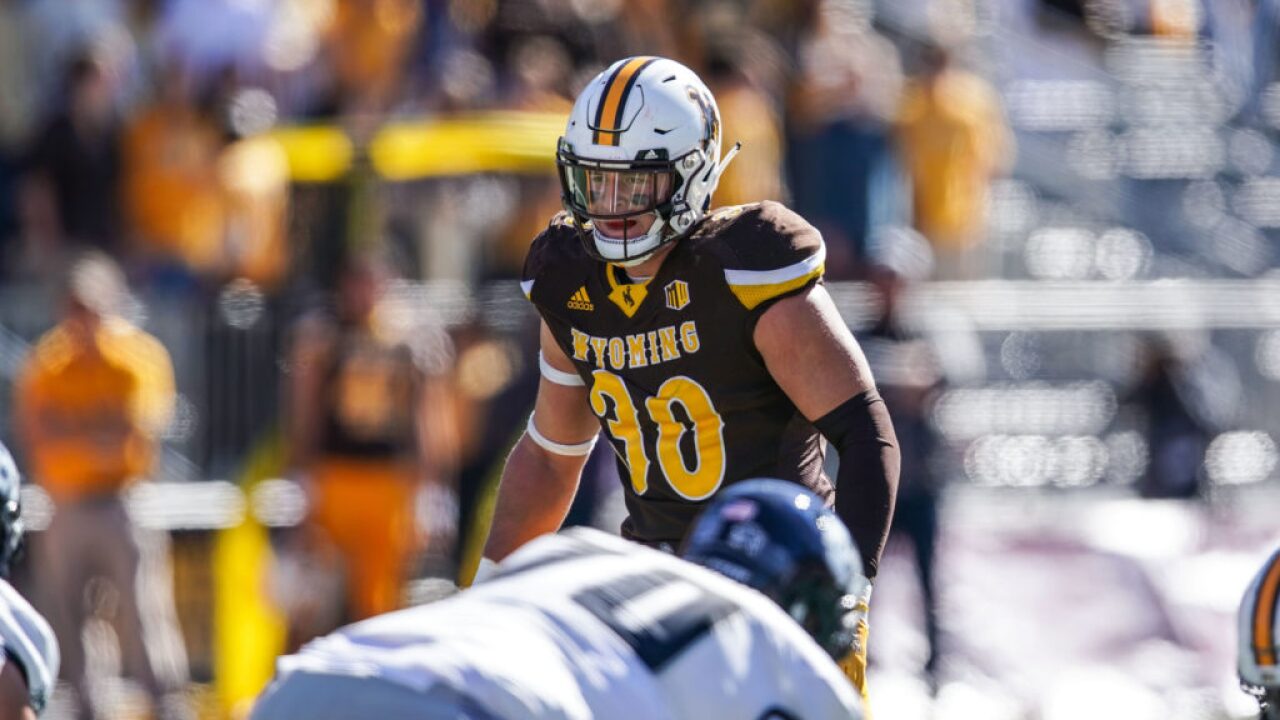 LARAMIE, Wyo. - Logan Wilson continues to attract attention from draft experts. In a recent NFL Draft preview by Sports Illustrated, the former Wyoming Cowboy was ranked among the Top 100 draft prospects at No. 93. He was the ninth-ranked linebacker in his position group.

The 2020 NFL Draft will take place Thursday-Saturday, April 23-25. Wilson has continued to raise his stock throughout the Reese’s Senior Bowl in late January and the NFL Combine in late February.

He was one of only six finalists for the 2019 Butkus Award, honoring the nation’s best linebacker. He was voted to the First Team All-Mountain West Conference Team, and was named to both the 2019 Bronko Nagurski Trophy Watch List and the Chuck Bednarik Award Watch List.

A native of Casper, Wyo., Wilson helped lead the Cowboys to four straight bowl-eligible seasons and three bowl game appearances over his four-year career. Wilson led the Cowboys to an 8-5 record in 2019 and a victory in the NOVA Home Loans Arizona Bowl. His junior season in 2018, Wyoming posted a 6-6 record to earn bowl eligibility but did not receive a bowl invitation. Wilson’s sophomore season of 2017 saw the Cowboys achieve an 8-5 record and conclude the season by winning the Famous Idaho Potato Bowl Championship. As a redshirt freshman in 2016, he was a starter on a Cowboy team that posted an 8-6 record, earned a spot in the 2016 Mountain West Conference Championship Game and received an invitation to the 2016 San Diego County Credit Union Poinsettia Bowl. He also led the Cowboys to wins over two Top 25 teams in the 2016 season.