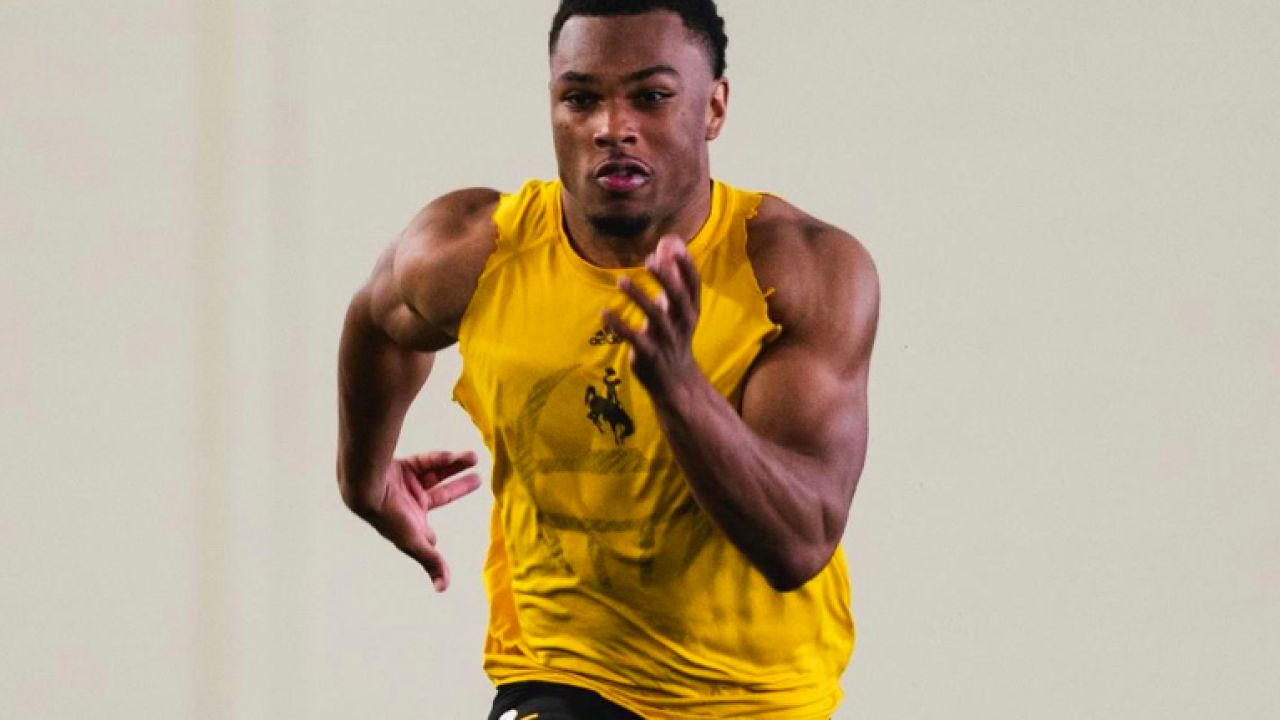 LARAMIE, Wyo. -- University of Wyoming Football held its annual NFL Pro Day on Tuesday and the interest in former Cowboys was high as 23 NFL teams were represented to workout 10 draft-eligible Pokes.

The testing, which was open to the public, saw Wyoming’s draft-eligible players tested by NFL scouts in a series of drills, including: the 225 bench press, Vertical Jump, the 40-yard dash, Broad jump, 3-cone test, 20-yard shuttle, 60-yard shuttle and Specific Position Testing.

While NFL representatives don’t release official testing data from Pro Day, one of the reported highlights of the day was when cornerback Tyler Hall was timed as fast as 4.38 seconds in the 40-yard dash. In comparison to times ran at this year’s NFL Combine in Indianapolis, Hall’s 4.38 time in the 40 would have tied him for the fifth fastest time ran at this year’s NFL Combine.

Following the testing portion of the day, several Cowboys were requested for individual meetings with representatives from multiple NFL teams, showing the consistent and growing interest in players being produced by Cowboy Football over the past several years.

Wyoming head coach Craig Bohl spoke to the media in attendance after the testing to give his impressions of the day.

“I think we’ve had more NFL teams represented each year, other than the year Josh Allen came out early which was an exceptional turnout,” said Bohl. “From six years ago to now, it’s been very encouraging to see the growth in the interest of our program by NFL teams.

“It’s also encouraging in that I think all of our guys who competed today got their college degrees, they played in an excellent college football program and now they have the opportunity to play in the NFL. We had great representation from NFL teams today, and our guys did well.

“For me as the head football coach at Wyoming it is rewarding to go from being in these young men’s homes at the time we recruited them and see them progress from wide-eyed freshmen to grown men. Now they’re going to go out into a grown man’s league.”

Two Cowboys who tested on Tuesday were Wyoming natives Harshman and Wilson, who both played their high school football at Natrona County High School in Casper, Wyo. Bohl was asked how special it was to see those two natives of Wyoming out on the field with an opportunity to be evaluated by NFL teams.

“It certainly makes me proud,” said Bohl. “If I had a quarter for every time somebody told me you can’t win with Wyoming players, I’d be a pretty wealthy guy. Our two Wyoming guys did well today.”