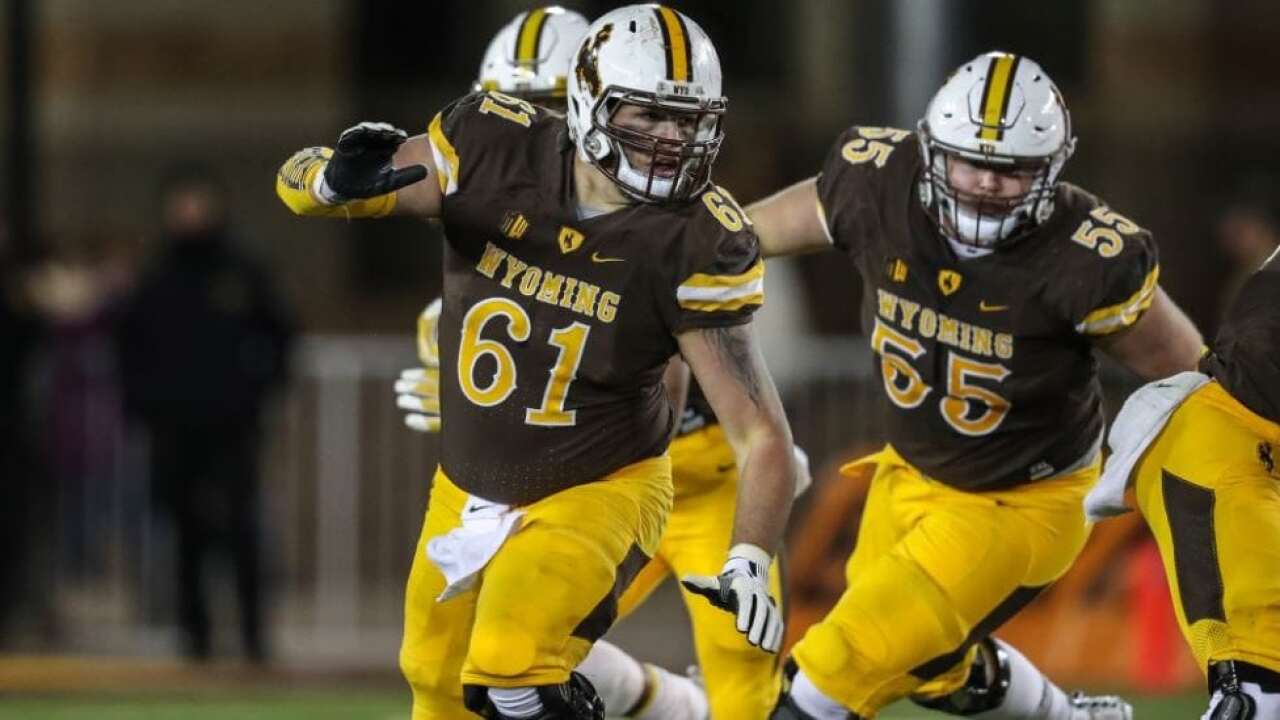 LARAMIE, Wyo. – The Wyoming Cowboys play host to the Idaho Vandals on Saturday at 3 p.m. MT inside War Memorial Stadium. The Pokes are looking for their seventh-straight win dating back to last season. Saturday’s game will mark the eighth meeting between the schools and the first since 2013.

It will be fan appreciation day and the first 5,000 fans will receive a miniature stadium replica of "The War" to honor the Cowboys' 70th season inside the stadium. Saturday will also be Fan Fest with Cowboy and Cowgirl student-athletes signing autographs in the Pepsi Pregame Zone.

The Vandals head to Laramie with a 1-1 overall record after defeating Central Washington by a score of 41-31 last Saturday in Moscow, Idaho. Idaho fell in the season opener to No. 15 Penn State by a score of 79-7.

The Idaho offense is led by Aundre Carter, as he rushes for 77.5 yards per game with two touchdowns on the season. Roshau Johnson adds 55.5 yards rushing per game. Quarterback Mason Petrino has completed 34-of-47 passes for 300 yards. He has completed 72.3 percent of his passes with three touchdowns and one interception. Petrino’s top target is Jeff Cotton with 22 catches for 228 yards and two touchdowns on the season.

A tribute unveiling of a plaque telling the story of the Black 14 football players highlights a 50th commemoration of the events that took place at the University of Wyoming. The tribute unveiling of the plaque on the southeast side of War Memorial Stadium near Gate 4 is Friday, Sept. 13, at 4 p.m. The event is free and open to the public. The former Cowboys also will be recognized at halftime of the UW-University of Idaho football game, which kicks off at 3 p.m. Saturday, Sept. 14.

Wyoming senior cornerback / return specialist Tyler Hall changed the momentum of last week’s Wyoming road win at Texas State when he intercepted a pass midway through the third quarter and returning it 72 yards for what proved to be the winning touchdown. His “Pick Six” gave Wyoming its first lead of the game at 20-14 on way to a 23-14 road victory. Hall has accounted for 72 yards in kickoff returns, including a 52-yard return, and he recorded two tackles and one pass breakup. The Paul Hornung Award presented by Texas Roadhouse, now in its 10th season, is given annually to the most versatile player in major college football by the Louisville Sports Commission and football legend and Louisville native Paul Hornung. The winner and his family will be honored at the annual Paul Hornung Award dinner at the Galt House Hotel in downtown Louisville on March 4, 2020.

Senior offensive tackle Alonzo Velazquez is turning in a great season for Wyoming. He has not allowed a sack, a quarterback hit or a hurry, he has played 132 snaps. His pass blocking efficiency rating of 100% (per Pro Football Focus), which tops the MW.

Since the 2000 season, the Wyoming Cowboys have played 16 games against teams from the Football Championship Subdivision, formerly Division IAA. The Cowboys have posted a 14-2 record in those games. All 16 games have been played in War Memorial Stadium.

Senior linebacker Logan Wilson had another outstanding performance in the contest at Texas State. He led Wyoming with 11 tackles and has 24 on the season. He ranks seventh in the nation in tackles per game at 12.0.

Redshirt freshman Mario Mora had a big day is his second career game and start at Texas State. Mora had a career-high five tackles and finished with 1.5 sacks on the afternoon. He also forced a fumble and recovered it in the second half.

Senior Garrett Crall is a veteran on the Wyoming defensive line. The defensive end had 1.5 sacks at Texas State last Saturday. He now has 8.5 sacks in his career with the Brown and Gold. He also has recorded 13.5 tackles for loss.

The Pokes recorded a season-high five sacks in the win at Texas State last Saturday, It was the most sacks in a game for the Pokes since recording five sacks against Central Michigan in the Famous Idaho Potato Bowl in 2017. The cowboys lead the MW and rank No. 17 in the nation averaging 3.5 sacks per game.

Punter Cade Coffey was an FCS All-American and averages 37.7 yards per punt and is 2-of-2 in field goals this season.

Tickets start at $20 and will move to $30 day of the game. Tickets to Wyoming Football games are available by going online at: GoWyo.com/tickets or by emailing by calling (307) 766-7220.