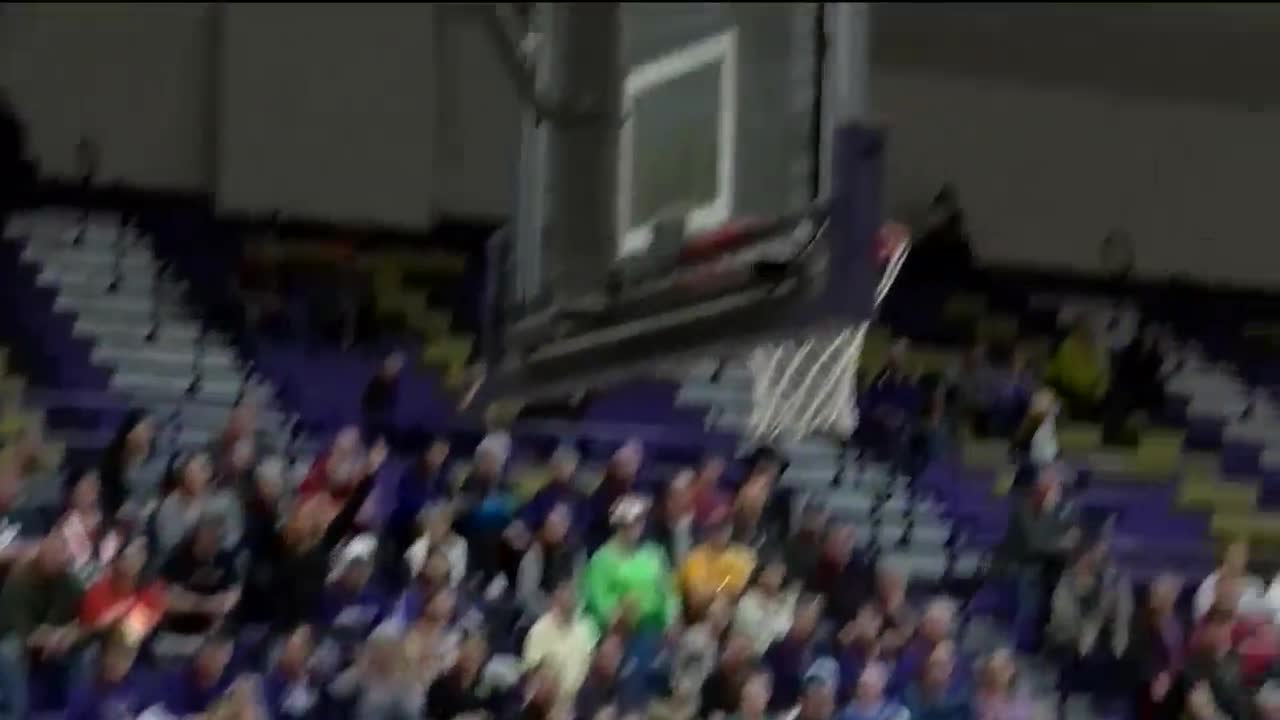 HELENA -- Carroll College Athletics announced today it received a Tara VanDerveer Fund for the Advancement of Women in Coaching grant from the Women’s Sports Foundation (WSF). The grant will go to support new women’s assistant coach Bailey Pasta as she begins her coaching career with the Fighting Saints.

Grants were awarded to institutions to support collegiate female coaches on the rise, assisting with living expenses, professional development and mentorship. Carroll College] is one of 10 universities and colleges to receive the grant, which will be designated for a female coaching fellow in women’s sports as diverse as field hockey, wrestling, basketball, volleyball, softball and strength and conditioning.

"This grant allows us to enhance our women's basketball program in many ways,” Saints coach Rachelle Sayers said. “Not only will our recruiting be positively affected, but our ability to devote individual attention to our student-athletes on and off the court will be improved. It also provides another female role model in a leadership position for our athletes to look up to. This is a great opportunity for a young, eager and aspiring coach. I can not think of someone more deserving of this opportunity than Bailey.”

The Women’s Sports Foundation, inspired by the legendary Stanford University women’s basketball coach, created the Tara VanDerveer Fund to directly address the alarming decline of women in coaching. In the 1970-71 academic year, 90 percent of all head coaches for women’s college teams were women. By 2017, 45 years after the passage of Title IX, that number had dropped to 40 percent among NCAA sports. While women’s representation as head and assistant coaches of women’s sports can vary by sport, this underrepresentation is systemic and cannot be attributed to just one sport or division. Furthermore, women of color are particularly under-represented in the coaching ranks, making up just 5.6 percent of head coaches of women’s sports, and only 3.5 percent of all head coaches, men’s and women’s teams.

“The lack of female coaches is so alarmingly evident across all levels of education – from youth sports to high school and to the collegiate and professional levels,” WSF CEO Deborah Antoine said. “A coach is often one of the most important adults in a young person’s life, outside of their family, and the lack of female coaches and mentors has far-reaching consequences for the development of girls. Our Foundation felt it imperative to address this head-on, and who better to honor than the extraordinary Tara VanDerveer.”

WSF designed the Fund to honor VanDerveer’s legacy by providing schools with the opportunity to create fellowships for aspiring female collegiate coaches, giving them the support needed to jumpstart their careers. The fellowships will emphasize hands-on training and mentorship with established collegiate coaches as well as professional development and networking in order to identify paths to advancement.

“I’m thrilled for the Women’s Sports Foundation’s launch of this inaugural class of female coaching fellows,” VanDerveer said. “I’ve seen a lot of positives over my career in advancing women in sport, but the continued decline of female coaches is concerning. This program is a powerful way we can help reverse this trend. Providing avenues for women to pursue coaching is something that is very important to me and I am deeply honored that the WSF chose to set up this fellowship program in my name. I am excited to see the impact it will have on empowering tomorrow’s leaders.”

For more information on the VanDerveer Fund and list of grant recipients, please visit: https://www.womenssportsfoundation.org/media-center/.