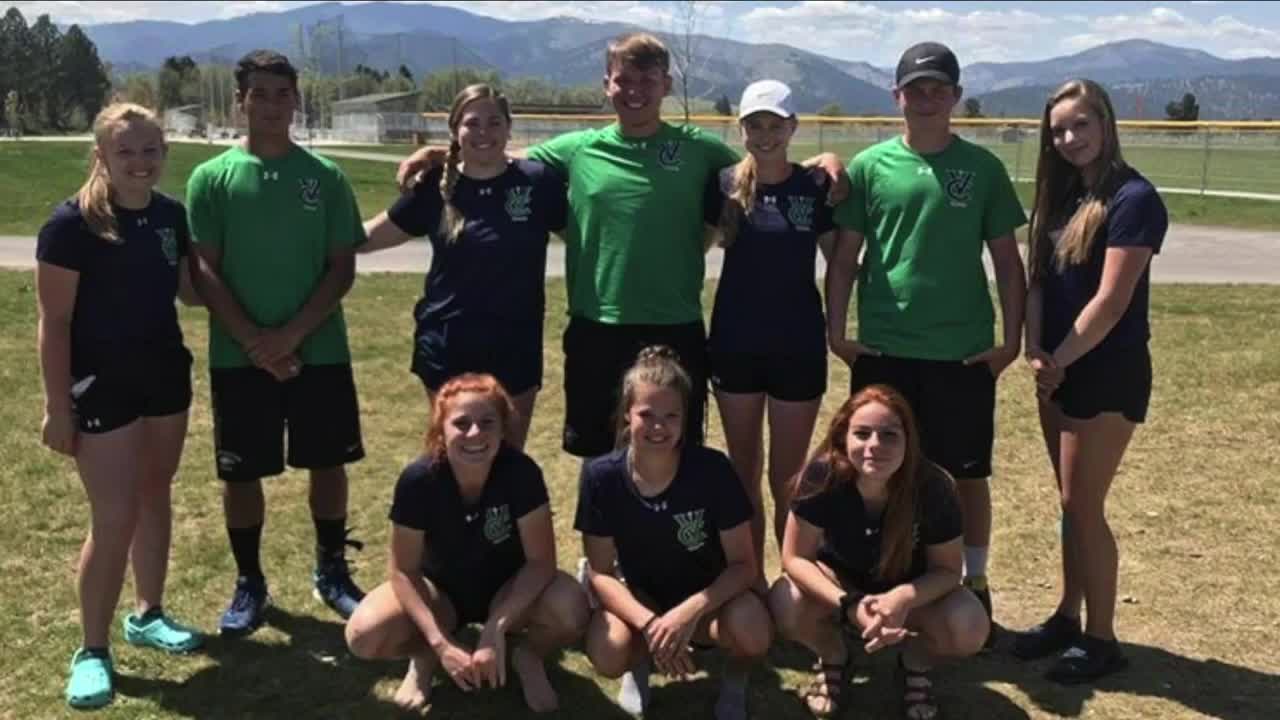 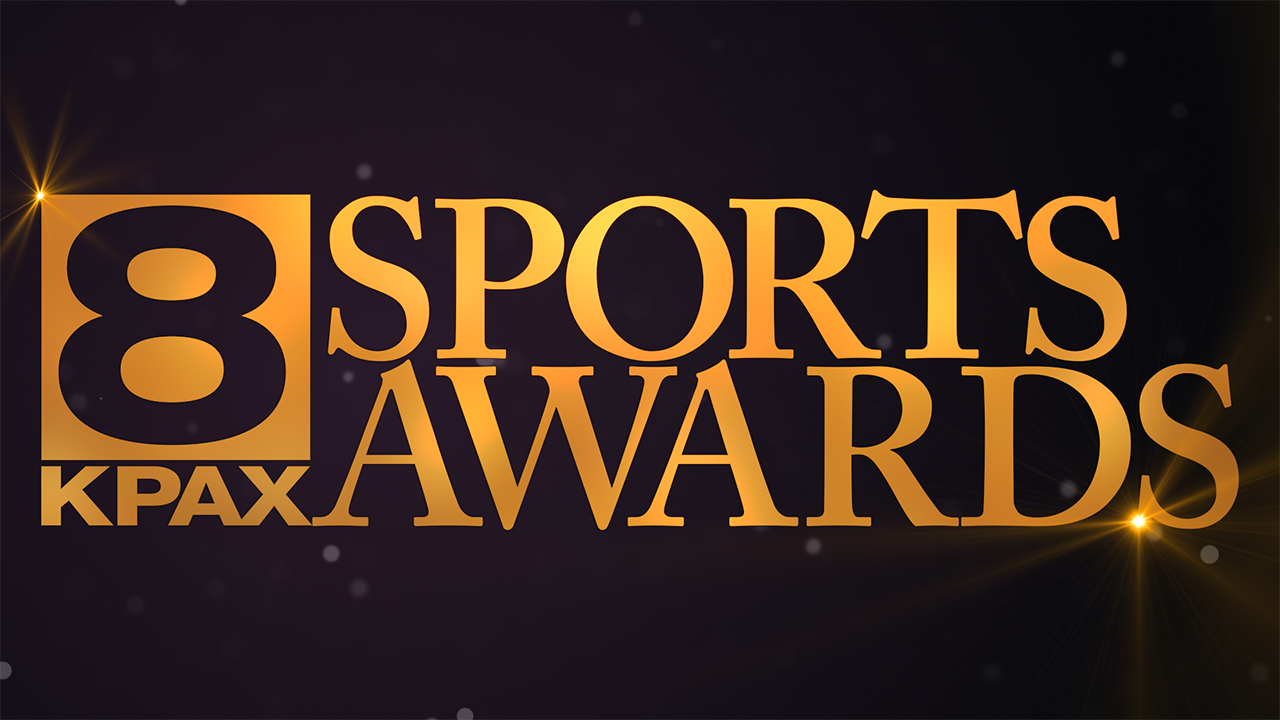 As sports continue to be on a hiatus, we continue to find a bright spot by rolling out another two of our nominees for the KPAX scholar athlete award.

Big Sky, Hellgate, Sentinel, Loyola and Valley Christian each have a male and female athlete nominated for the KPAX scholar athlete award. The winners will earn $1,000 scholarships toward the colleges they attend. The winners will be announced on May 13.

After a two-day hiatus we continue with two more kids from Valley Christian, Isabella Roff and Roman Becker.

Becker competed in a number of sports but impressed consistently on both sides of the ball on the football field.

After graduation, Becker plans to take a gap year before heading to Hawaii for school where hell try to walk-on the football team. After that Becker says he wants to become a cop in Honolulu.

Roff also played a number of sports but found her calling in Tennis by the end of her time in high school. Roff will be heading to Missoula College in the fall to begin her career in education in hopes of one day coming back to teach at Valley Christian.

Watch the video above to hear from the two nominees.

High school athletics has impacted my life a great deal. It has shaped me in so many

ways. When I first went to Valley Christian, I didn’t really feel connected. I was very shy... and still am a little. I love basketball and that was the first high school sport I played. I didn’t have any friends yet because I was the new girl. When basketball started I was so nervous. I wasn’t very good at all, but the girls just accepted me and wanted to get to know me. I had so much fun and lots of memories. God used basketball in my life immensely. He showed me how much I am blessed and that Valley was the perfect school for me.

He gave me sports and athleticism to gain the best friendships I have ever had. Over the next couple of years, I felt like I couldn’t impress our couch for three years. He was a great guy, but his coaching just didn’t fit our team well. I felt like I was just going through the motions of being on the team after a while.

My heart wasn’t in it. Then, for senior year, we got a new coach. I went to some of her open gyms over the summer, and she actually saw potential in me. I felt free to play, and that I could actually do something right. This fired me up. I went into Senior season full force with so much ambition. I ended up getting the Offensive Player of the Year Award as a starter post player.

I had so much fun growing and simply catching up for lost time on the court. God really revealed His love for me when he showed me just how much he has given to me. I honestly could not be more grateful for this four year experience; the lows and the highs.

Tennis has been so wonderful. It is actually my favorite sport. My dad made me play Freshman year, and I was not happy about it. I had never played and I was not interested at all. When I started, I was definitely at the bottom skills-wise. I thought it would be like every other sport; me just being there because I have too. That isn’t how it happened at all.

My first tennis coach was the best coach ever. He knew so much and he taught me almost everything I know about it. He only coached me for one year. I didn’t think there was a sport that I could be good at, until I started to excel at tennis. My coach saw potential in me and he constantly told me how far he thought I could go. I had never experienced this before, so I was bewildered. He inspired me to go all out and push hard. From then on I got on the courts any chance I got. I could not get enough of it.

Mr. Christaens was and is my biggest inspiration when it comes to sports. He had faith in me even when I didn’t have faith in myself. By the end of the year I played as the second best on our team. This changed the course of my life. I realized just how much God has given me. He really is so gracious! He not only gave me a favorite sport that was in my comfort zone, but he gave me this fiery passion, which I have pursued 100% ever since. Tennis is the best thing that has happened to me.

Overall, I can’t express so much how much sports has played a role in my life. Although it would be wrong to make it my whole life, it is a huge part of my life. I am so thankful to God for all of these opportunities and abilities. I am also so thankful to my parents for giving me more than I could ever deserve. Most importantly, they give me endless support and encouragement. Yes, sports have impacted my life very much.

I started playing sports at 4 years of age, I did it purely because it was fun and haven’t stopped since. I remember as I started to get a little older and more experienced in sports, my dad would tell me that all that really mattered was that I continued to have fun. But, he also told me that as I progressed to the next level the competition would get tougher and tougher. So the way I could continue to have a lot of fun with sports would be through preparation, that would ensure my ability to compete with other athletes and thus continue to have fun.

Fast forward to my freshman year of high school. Each sport that I walked out onto the field or court for, I immediately realized that my own teammates as well as all of my opponents were bigger than I was. It was at this time that I decided “preparation” would carry me through and I hit the ground running. I didn’t look at the other athletes and feel intimidated, I looked at them and saw not only a challenge but an opportunity. I knew the other athletes were bigger, stronger, and faster than any I had previously competed against. I was determined to compete because that would allow me to continue to have fun playing the sports that I love.

My teammates were people who wanted the same thing as me, to play and to play at the highest level we could. I also learned what it really means to play for someone else. Injuries also play a role, and I hated seeing teammates who, for one reason or another, were unable to step onto the field or court. It was then that I decided I was no longer playing with my teammates, I was playing for my teammates. Sure enough, this took sports and the joy of playing sports, to a higher level for me. As a team and as individuals, we shared in joy and in pain, victory and defeat. It became more than just sports, it was lessons in life that I can take with me everywhere and I have grown as a person.

So what effect or impact has high school sports had on me? At the very least I learned that with determination and preparation, I can compete with the best of them. Beyond that, I believe I have made some lifelong friends, learned valuable life lessons, and learned what it’s like to have a family outside of my own family. I learned what it’s like to feel someone else’s joy and pain, to share in their successes and defeats, and still stand by each other’s side. Wins and losses come and go, but what I learned, what I experienced, the effect it had on me, I can and will take with me wherever I go for the rest of my life and I wouldn’t change a thing! The greatest things I do in life will not be on a football field, a lacrosse field or basketball court.

Whatever you do, work heartily as for the Lord and not for men Colossians 3:23