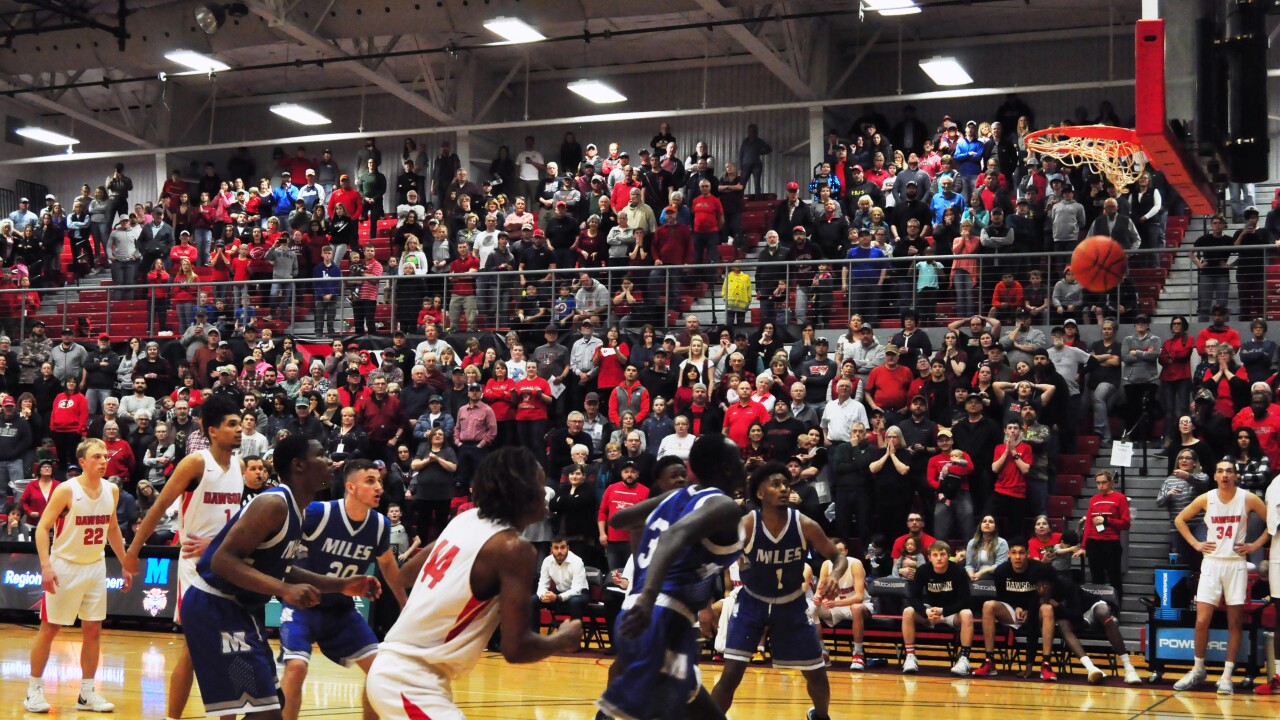 GLENDIVE - Camron Dunfee, this year's leading scorer for Dawson Community College's basketball men, has signed a Letter of Intent to continue his education and basketball career at Minot State University. Minot is a NCAA Division II school that competes in the Northern Sun Intercollegiate Conference.

"I chose Minot because they took the time to recruit me throughout the entire year," said Dunfee. "They really showed love and made me feel like a priority. Dawson has been a great home for me the past two years and coming here was the best decision I've ever made in my young life. The memories, bonds and relationships I've built here are like no other! The town is fully invested in us and really was a home away from home. From every faculty member including teachers and coaches to the classmates and teammates, DCC truly is one of a kind."

Dunfee won 47 games over his two-year career at Dawson and three championships (Pre-season Conference Tournament, Mon-Dak Conference and Region XIII title). He was DCC's leading scorer with double digits in 26 of 33 games.

"Minot recruited him very hard and came to just about every game we played over the last month of the season," said DCC head coach Joe Peterson. "Cam's a loyal guy and I know that meant a lot to him. I'm glad he's going to a good program with a solid coaching staff who really wants him. With Cam's personality and skill, I'm sure he will fit in well and make an immediate impact for them."

"We are extremely excited to add Camron to our basketball program," said Minot head coach Matt Murkin. "He is a young man that we identified early in the recruiting process as a top priority. First and foremost, he is an extremely high character young man. Secondly, his ability to score in multiple ways and also impact the game defensively has helped Dawson Community College win at a high level the last two years. He will make an immediate impact on our program."