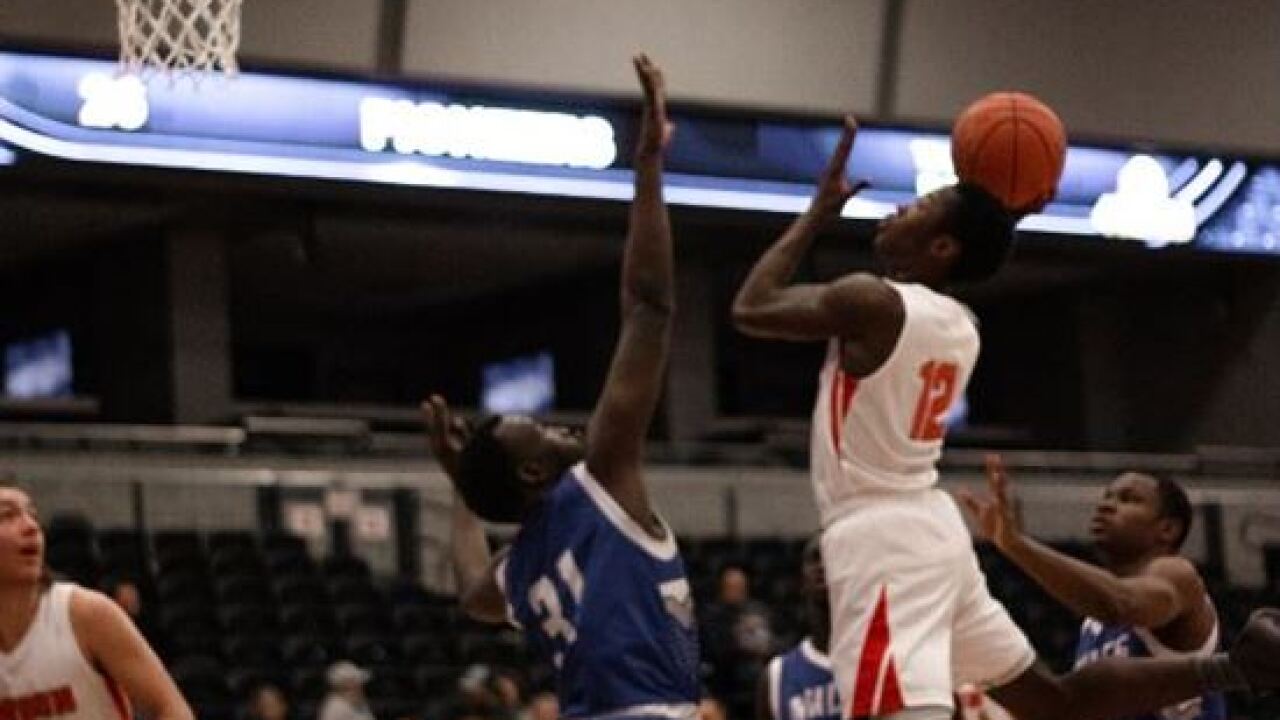 Coupled with Bismarck State's win over North Dakota State College of Science, Dawson won the outright Mon-Dak Conference title. The Bucs are 11-0 in conference with three games to go. There is a two-way tie for second place at 8-3. Dawson has won twelve games in a row since the start of the new year.

The first half against Williston was a back and forth affair with seven lead changes. The Bucs found themselves down 1 with four minutes to go in the opening half, but outscored the Tetons 20-8 to go into halftime with a 45-34 lead. In that run, reigning Mon-Dak Player of the Week, Camron Dunfee, scored eight points.

Dawson came out of half-time to score the first 11 points and take a commanding 21 point lead. Williston didn't score until Shae Linton-Brown finally connected on a 3-pointer five minutes into the second half. The Tetons never got closer than that the rest of the way.

Brown finished with 29 points for Williston. Dunfee led Dawson with 20 points on 7-12 shooting from the field. Beau Santistevan had a big game with 14 points and 9 rebounds while Man Man Baker scored 10 points, had 5 rebounds and dished out 5 assists.

Dawson will travel to Dakota College Bottineau for a match-up on Sunday before returning home next Thursday for a battle with Miles Community College.

In the early game, it was a successful night for the Dawson's women.

Not only did they beat Williston State College, 94-39, but they raised a lot of money to support the Play 4Kay initiative. There isn't a final count yet, but it will be released as soon as all of the donations are collected and counted.

Head Coach Romeo Lagmay, Jr. believes this may be one of the biggest ones yet held on campus, "It was great to see so many fans from all over support the cause and awareness of breast cancer research in our Play 4Kay Pink Night game. When it's all said and done, it's about the love and care we have for one another as human beings."

Dawson (6-5, 14-14) would dominate Williston (1-10, 4-23) from start to finish. The Lady Bucs went into the first quarter blazing hot, outscoring them 24-8. They would continue to dominate throughout the rest of the game by sealing it in similar fashion as they did from the beginning, ending the fourth quarter 29-4. Dawson shot a great all-around game with 46% from the field, 45% from 3-point range and 79% from the foul line. Dawson also outscored Williston from the bench 40-0, while outscoring the Lady Tetons 16-9 in second chance points. The Lady Bucs finished with 23 assists, and had 43 points from turnovers.

Every single Lady Buc produced in the scoring column. Ashya Klopfenstein led the way with 20 points, 9 rebounds and 6 steals in only 25 minutes of on-court action. Megan Lindbo had 13 points and 4 rebounds. Ashley Orozco had an all-around game with 12 points, 5 rebounds, 4 assists and 5 steals. Haley Olson followed closely behind with 12 points of her own, along with 3 rebounds, 3 assists and 2 steals. Arena Plenty contributed 10 points, shooting perfect from 3-point land (2-2), along with 3 rebounds.

The Lady Buccaneers will play on the road on February 16 at 1:00 pm against Dakota College at Bottineau.