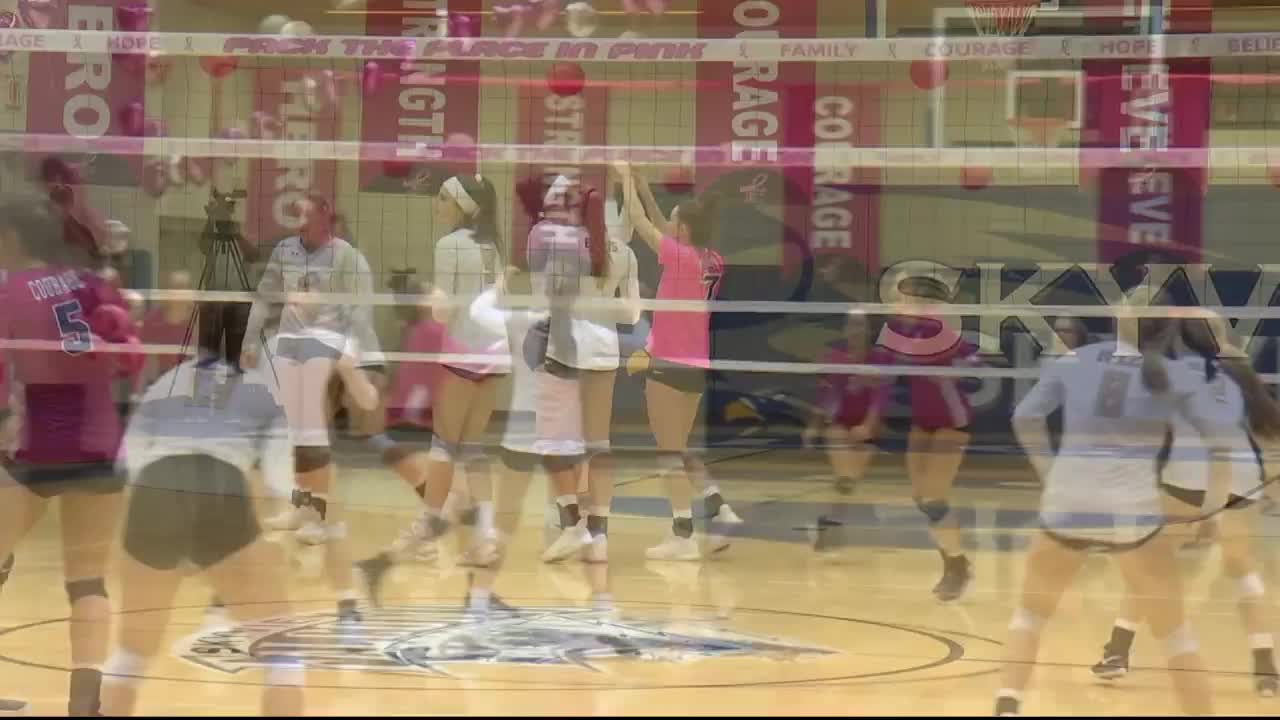 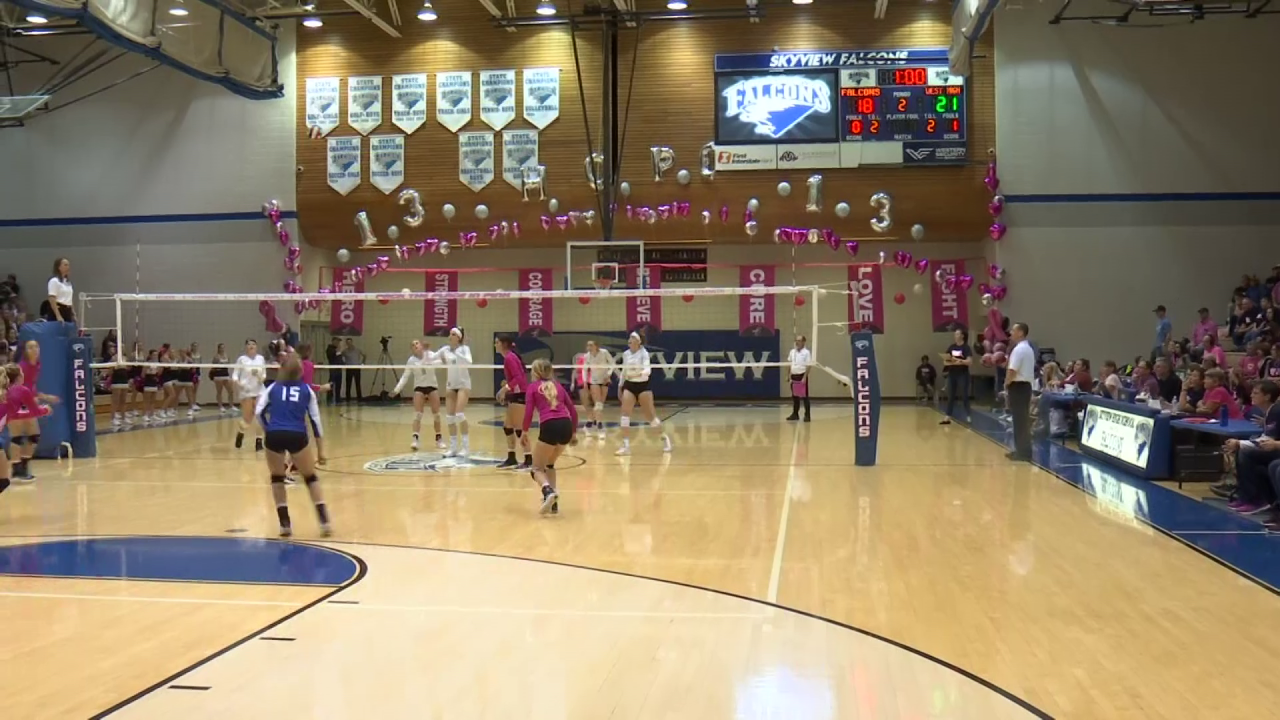 BILLINGS -- The Billings Skyview Falcons wanted to make it three straight wins over Billings volleyball teams, and what better night to do it than Pack the Place in Pink?

The Falcons, with help along the way from dozens of other Montana schools, have raised nearly $450,000 since the event started in 2007. All of the proceeds have been donated to breast cancer patients in Montana.