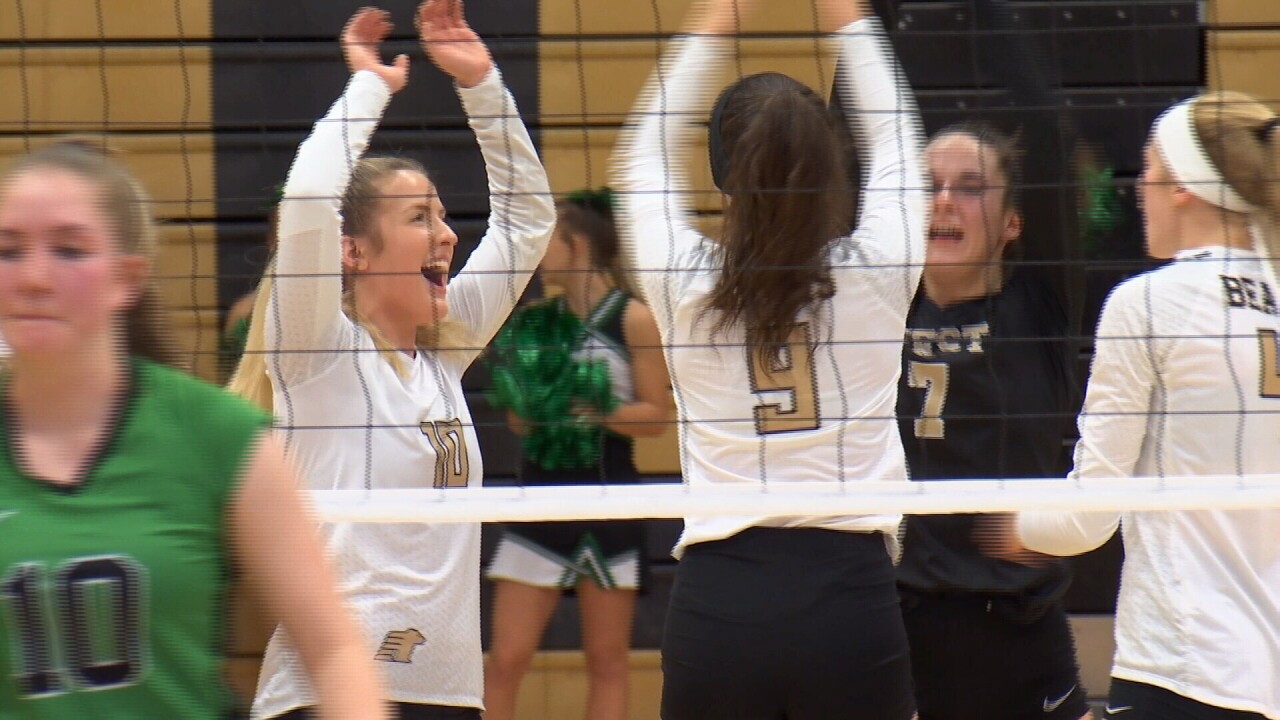 The No. 2 seed Bears trailed Belgrade lost two of the first three sets to Belgrade, and needed a late comeback just to win the one, before rebounding to win games four and five.

Belgrade, a State A volleyball tournament staple before moving to Class AA this year, dominated the first set with a 25-12 win. The Panthers then led 23-21 late in the second before West won five of the final seven points for a 26-24 victory to tie the match.

Belgrade again went to work in game three, cruising to a 25-14 win to take a 2-1 lead. West played their best game in the fourth, taking it 25-17 to force a decisive fifth. Belgrade had an 11-9 lead in a back-and-forth battle, but West won six of the final seven points to take it 15-12 and keep their season alive.

The Bronc started strong, winning the first 25-22, but Skyview immediately bounced back to take game two, 25-21. The Broncs looked like they finally had seized control after a dominant 25-15 game three win, followed by taking a 23-15 lead in game four. But the Falcons reeled off nine straight points to get back into it, and eventually tied the match again with a 26-24 win.

Skyview then ran to a 14-11 lead in the first-to-15 decisive fifth, but Senior would the final five points to take it 16-14 and advance.

West will be the East's No. 2 seed while Senior will be the No. 3 seed at the State AA tournament, set for November 14-16 in Bozeman.