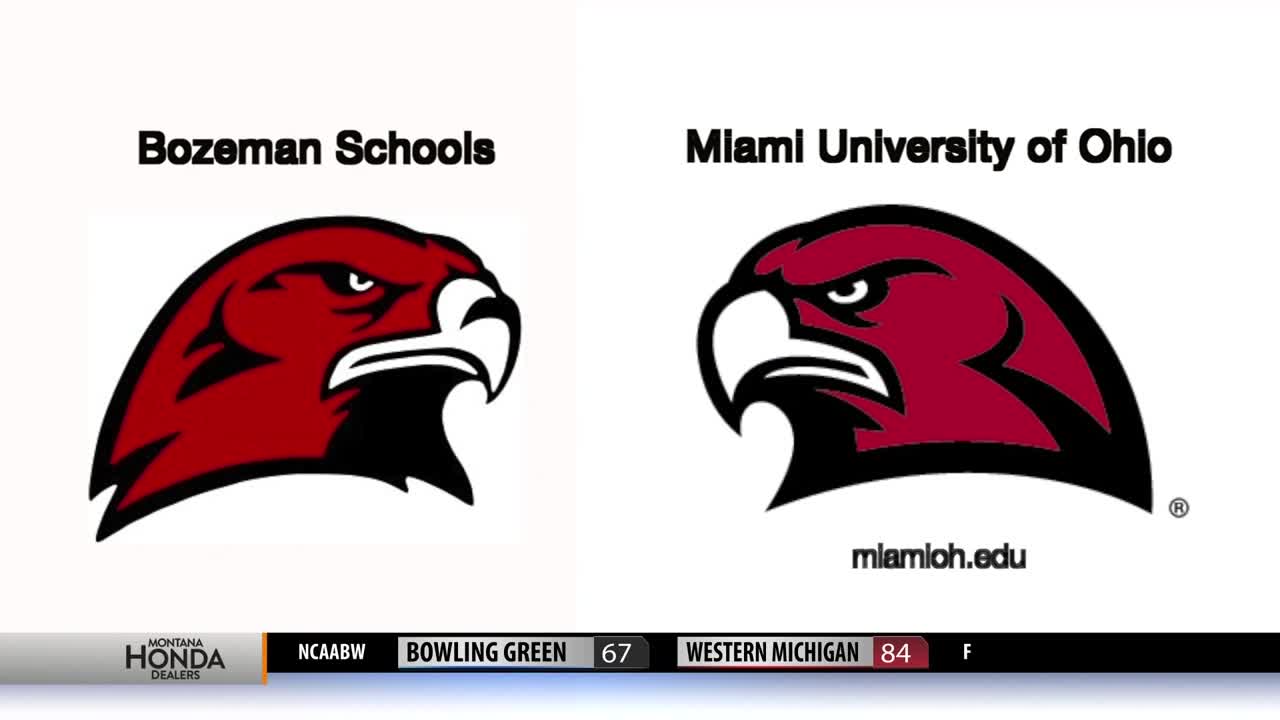 BOZEMAN -- The Bozeman School District's hawk logo has found itself in the middle of a copyright controversy. Miami University of Ohio has written a letter to the school district to change its hawk logo.

The University, which goes by the RedHawks, is asserting that the logo Bozeman uses shares too many similarities with its own and that the school district must change its current hawk logo.

MTN Sports reached out to the Bozeman School District, which says it has been using its specific logo since 2000. BSD also said that it is currently looking into the situation to figure out if it is allowed to keep its logo or ultimately change it.

This isn’t the first time Bozeman has been in a mascot fight. It changed its logo in 1997 after it looked too similar to the University of Iowa’s Hawkeye.