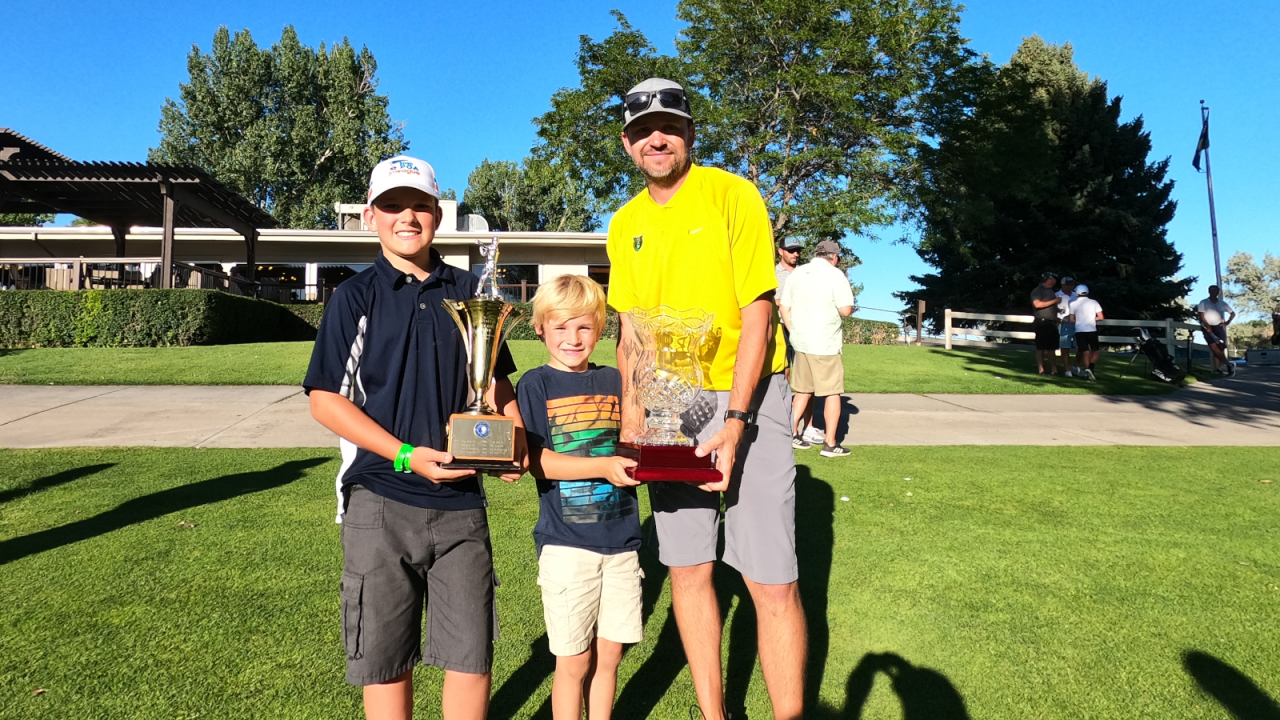 LAUREL — Laurel's Nathan Bailey cruised to the 2020 Mid-Amateur golf tournament title on Saturday at Laurel Golf Club, shooting a 1-under-par 71 on his way to a six-shot victory.

The three-time Montana State Amateur champion was able to coast on Saturday, having built a seven-shot lead entering the final round on the heels of an 8-under 64 on Friday. Playing on his home course, Bailey knew he'd be in contention this week, especially after claiming the Laurel Golf Club club championship last week.

"That was my goal, was to play that and get a little tournament under my belt on this course before this tournament," Bailey said. "Played well last week and it just carried over and played well this week.

Bailey didn't need to be too aggressive Saturday afternoon, carding two bogeys and three birdies in his round. A 35-foot birdie putt dropped on the Par-4 16th to punctuate his exceptional weekend of golf.

Putts like his birdie on No. 16 weren't out of the norm this weekend for Bailey, who rode a hot flat-stick to the title.

"I'm comfortable here. I know where to hit it, what to hit, but most importantly I felt so comfortable on the greens. I broke out an old putter and felt really, really confident," Bailey said. "I've had it the last week. Club championship last week and this week, I played both tournaments with it. I've been struggling to see the line a lot, so this helped me with my posture and seeing the line. Then all I had to do was worry about stroking it."

Bailey carded just three bogeys all weekend, while getting 16 birdies.

He brought two trophies home with his stellar play this weekend, as his 64 earned him the tournament's low round, too. When asked if there's any more room on the mantle for another trophy, Bailey had a quick reply.

Bozeman's Joey Lovell and Billings' JimBob Coleman had the best rounds of the day on Saturday, as both shot 4-under 68s. Lovell finished in a tie for second with 2020 State Am champion Jake Hedge of Billings by sinking an eagle putt on No. 18. Both Lovell and Hedge finished 7-under for the tournament, while Coleman finished fifth at 1-under.

Defending Mid-Am champion Josh Hedge, also of Billings, shot a 2-under 70 on Saturday to finish in fourth place.

The final leaderboard can be found here.