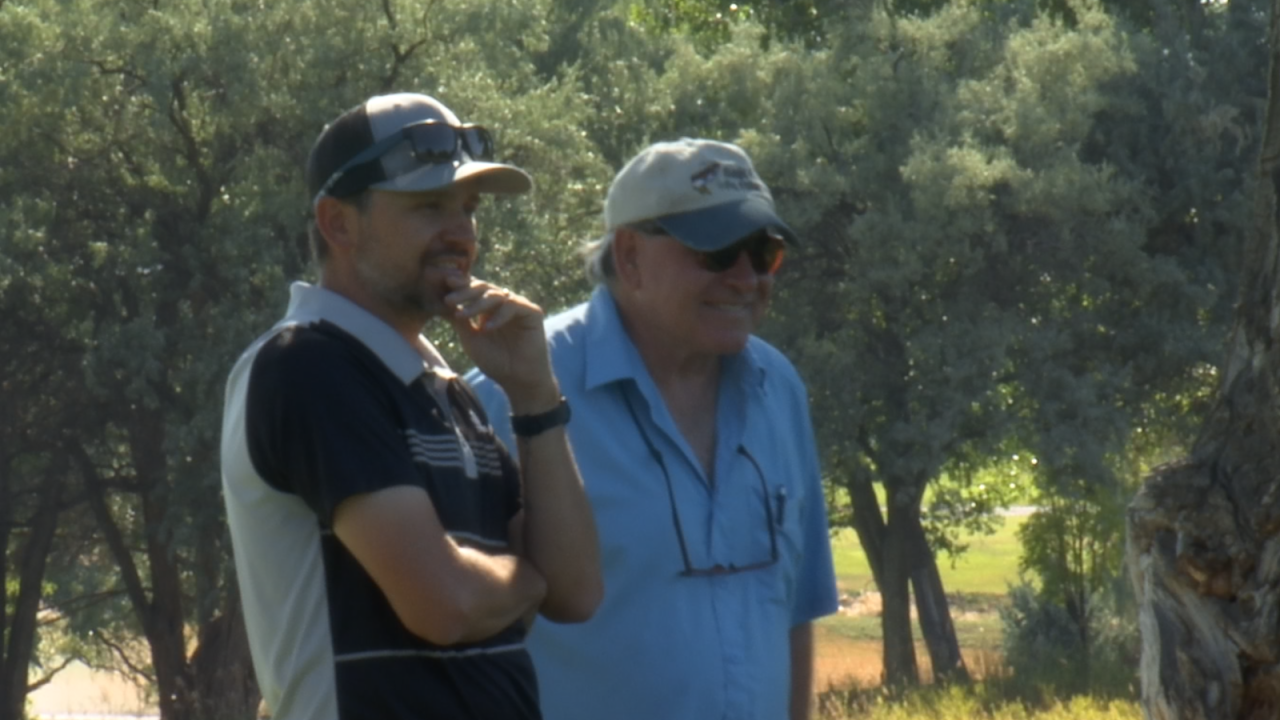 Laurel's Nathan Bailey, accompanied by his father, holds a seven-shot lead entering the final round of the 2020 Men's Mid-Amateur golf tournament at Laurel Golf Club.

Laurel's Nathan Bailey continues to feast on his home course.

The three-time Montana State Amateur champion shot an 8-under-par 64 on Day 2 of the Men's Mid-Amateur golf tournament Friday at Laurel Golf Club and holds a seven-shot lead entering Saturday's final round. Bailey is 12-under for the tournament.

Bailey finished Thursday's opening round with birdies on three of the final five holes. Friday he picked up right where he left off. Bailey went out in 31 strokes, picking up five birdies on the opening nine holes to stand at 9-under for the tournament.

After carding a 32 on the back nine Thursday, Bailey picked up five consecutive pars on Friday. He then hit back-to-back birdie putts, as a 30-footer just crawled over the front edge of the cup and dropped on the Par-4 14th and he stuck his approach inside five feet on the Par-4 15th.

A long par save on the Par-3 17th and a kick-in birdie at the Par-5 18th punctuated the tournament's best round.

Bailey's 64 was one of five rounds under par on Friday, but the field has its work cut out for it.

Sitting in sole possession of second place is 2020 State Am champion Jake Hedge of Billings. Hedge dropped a shot on the Par-4 3rd but bounced back with a birdie on the Par-5 4th en route to a front-nine 36. Hedge got it cooking on the final nine holes of the day, picking up birdies on Nos. 12, 14, 17 and 18 to shoot a 4-under 68. He's seven back of Bailey at 5-under for the tournament.

Two other golfers are under par for the tournament: Bozeman's Joey Lovell and three-time State Am champ and defending Mid-Am champion Josh Hedge of Billings. Both Lovell and Josh Hedge shot even-par 72s on Thursday but carded 3-under 69s on Friday to keep their championship hopes alive at 3-under.

Helena's Bennett MacIntyre had five birdies and four bogeys on his way to a 1-under 71 and sits 13 shots back of Bailey at 1-over-par.

Bailey, Jake and Josh Hedge, and Lovell will be in the final group on Saturday and are slated to tee off at 1:10 p.m.

The full leaderboard can be found here.