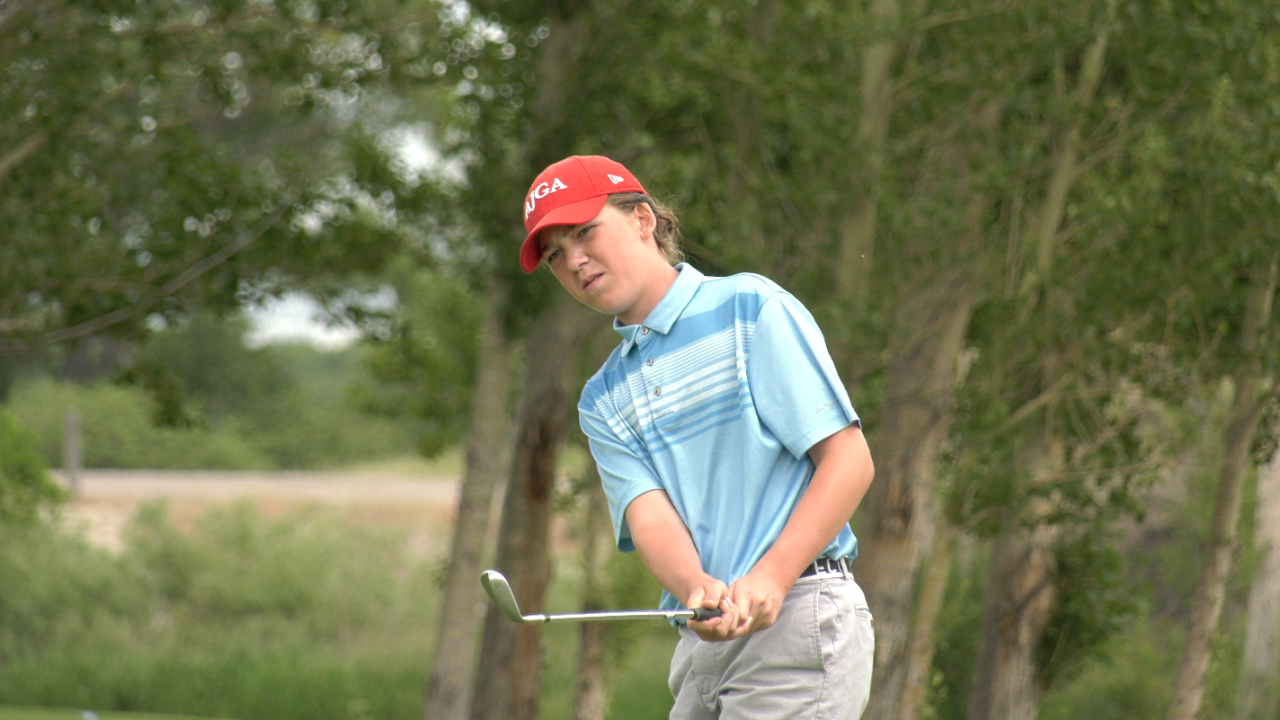 LIVINGSTON -- Three years ago, MTN Sports visited Emigrant’s Aubrey Kelley at his home. He was practicing golf in his living room, putting through the doors of his toy castle.

“It made me feel amazing. I felt like I could go somewhere with it. It was amazing, I loved the feeling. I was excited that I could do that,” Kelley said.

The 13-year-old finished with a two-round score of 142 (2-under-par) for the tournament. That score placed him third overall for the entire event, second to only Bozeman's Cora Rosanova (141), who will be golfing for Montana State in the fall, and Tyler Avery (141), a Kalispell Glacier freshman.

Kelley isn’t just the best golfer in Montana for his age, but also one of the best on the planet. Last season he had a world ranking on Junior Golf Scoreboard and looks to have one again this year.

“It makes me feel like not just me, but many kids throughout Montana can show that just because it snows nine months out of the year doesn’t mean that you’re not going to make it,” said Kelley.

He holds the title of state champion, but that’s not even close to the most important thing on Kelley's mind. On Tuesday, he became an uncle to his new nephew Theo. Kelley said he’s excited to teach him everything he knows and maybe get him starting golf the same way he did.

“I do still hit golf balls in the living room," Kelley smiled. "But I don’t make any more dents in the walls, but I knock over the net a few times.”