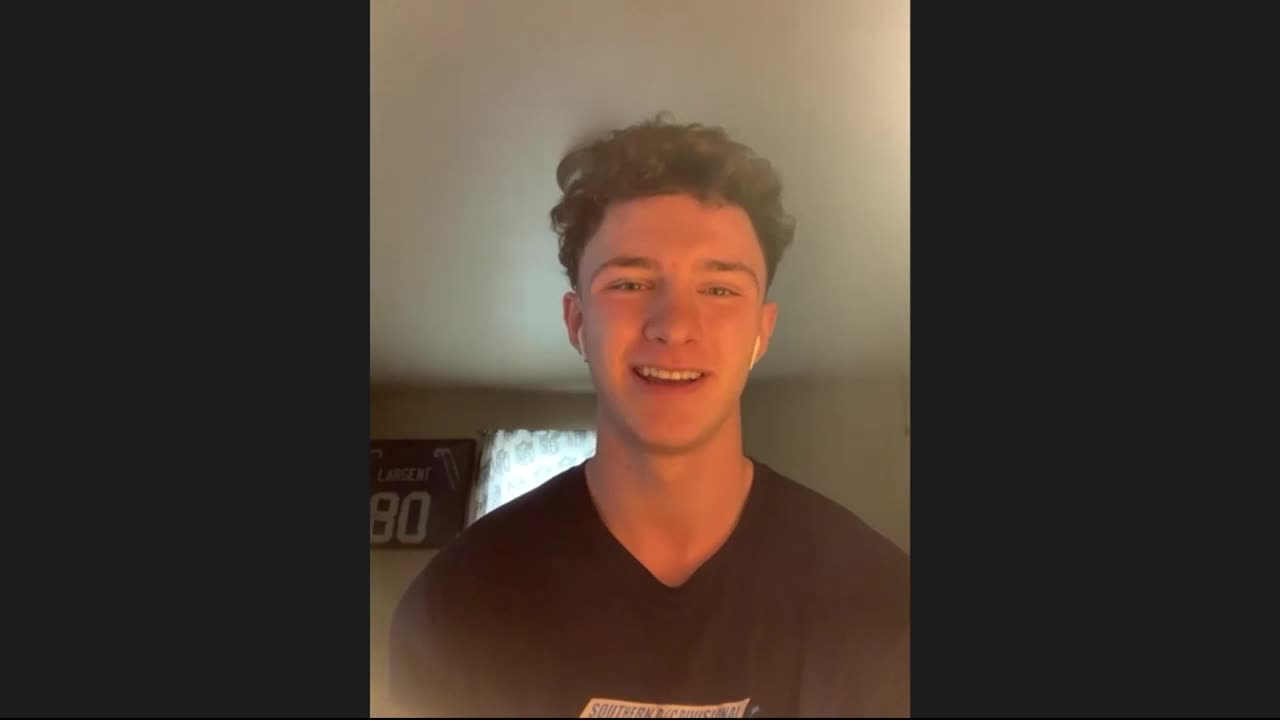 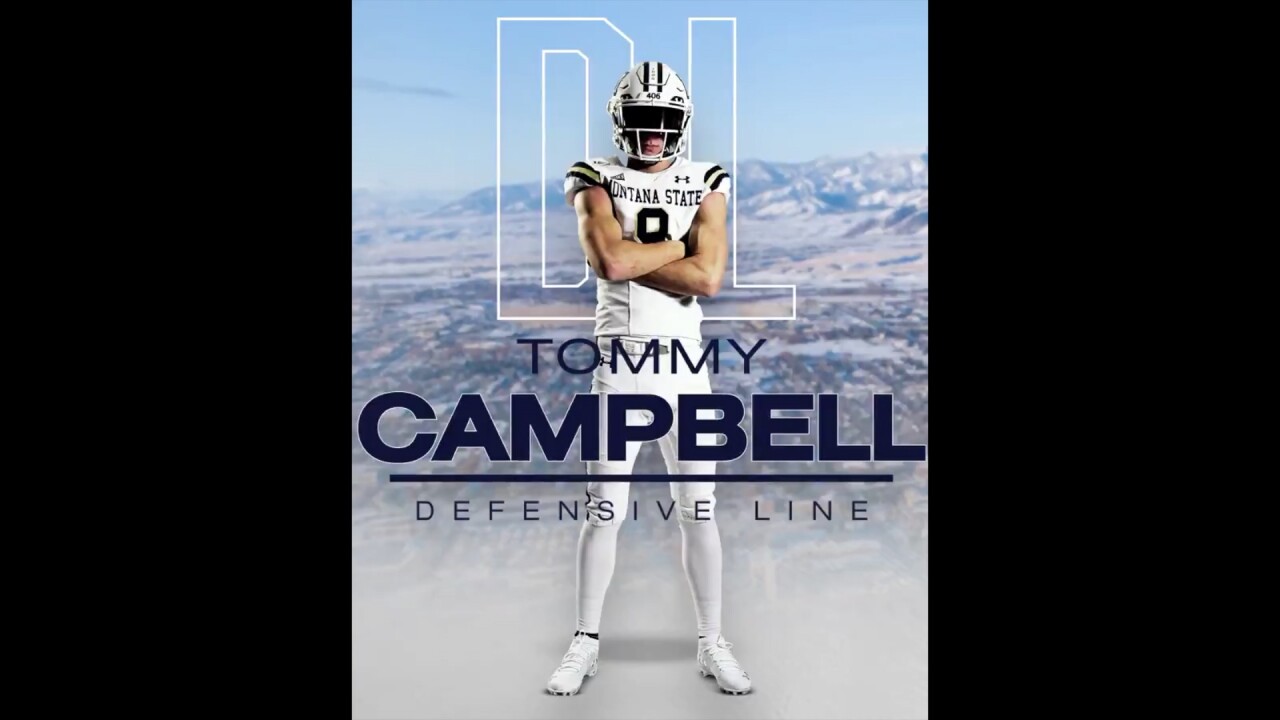 Tommy Campbell was supposed to win the Southern B 100-meter dash Thursday, cementing his status as the state favorite. But he won’t get that chance.

“That sucks a lot, not being able to at least run my last race," the Columbus High School senior said. "But, life happens.”

This might be the only time this happens in our lives, but Campbell is making the best of it, thanks to a smart purchase a few years ago.

“When I was younger, I made a deal with my dad. I did a bunch of chores, made a bunch of money and I bought a weight set for myself because I really wanted to go play college football -- that was like my dream when I was little," Campbell said. "Every night I go down there, lift, make a protein shake, maybe even two lifts a day. I’ve got nothing better to do during quarantine, so lifting has become my life.”

He has to be ready for his dream to come true in the fall. Campbell is headed to the Montana State Bobcats, but that wasn’t always the plan.

“Little young Tommy, I wanted to go play at Michigan State. I don’t know, I just really liked it," Campbell said. "Then when I started to mature more and I hit high school, I said, ‘Alright, I’m going to try for the Cats and Griz,’ and I was leaning towards Griz because both of my older sisters go to college at U of M.

"Until (Montana State special teams coordinator B.J. Armstrong) -- I think he’s probably one of the best recruiters -- he convinced me to come to a camp, just one of their camps. And I performed very, very well at that camp.”

Particularly in a speed drill near the end.

“We call it Smokehouse, where we just line everybody up and have all the kids on the side and go by age group," said Cats head coach Jeff Choate. "Then you take the top guys and comes down to one or two guys. We wouldn’t have expected a linebacker from Columbus to be fastest at the camp, but that guy can burn now.”

“I thought it was crazy because I’m just Montana boy from a small school, 6-(foot)-4 linebacker, running against these receivers and running backs, and I smoked them," Campbell said.

Campbell is what coaches call a raw talent: 6-foot-4, 200 pounds, the perfect frame to mold into a star.

“That’s the most enjoyable part of it for me," Choate said. "A lot of times when I was working at Power 5 schools, you started with a finished product. Dante Fowler, Jr. was as good at 19 as he was at 22, but it’s fun to see that piece of clay and be able to mold it a little bit.”

But it’s Campbell's work ethic that’s taken him from unknown to Division I. This past fall, Columbus started 0-2, and Campbell and his fellow captains weren’t going to slog through another lost season.

“I walked into the room with my coach, and I said, ‘Listen, we got to do something different,'" Campbell said. "Move me to the weak side defensive end, and I won’t let them run it weak side, and you put a D-end on the strong side and a linebacker on the strong side and they can handle that side. Then we also went to a passing offense, and we started winning.”

“Tommy’s a leader, and that’s what it comes down to right there," said Columbus head football coach Blake Hoge. "We’re pretty good communicators -- Tommy and me are pretty close -- so we were talking weeks and weeks coming up to it, and finally after the two weeks, we decided to pull the trigger.”

The Cougars shut out Three Forks in the next game and went on to their first playoff win in a decade. But the story almost derailed that night against the Wolves.

During the game, two men robbed the Columbus locker room and stole two cars from the parking lot in the getaway, including Campbell’s.

"They said they had cash in their pockets when they found them, so I assumed they had already sold off the car," Campbell said. "I thought, ‘Well, it’s gone now.’”

But five months later, this past February, the Rosebud County Sheriff’s Office shared a picture on social media of Campbell’s car buried in a snow bank, with one treasure still inside.

“I had a T-shirt that I got from the camp at MSU in there. I had it in my trunk, and it’s the one I got after I won the race," Campbell said. "I thought I lost it forever, so when I got it back it felt so good.”

Good things come to those who work hard for them, so that makes sense.