Texas Tech's high-powered offense too much for Montana State Bobcats 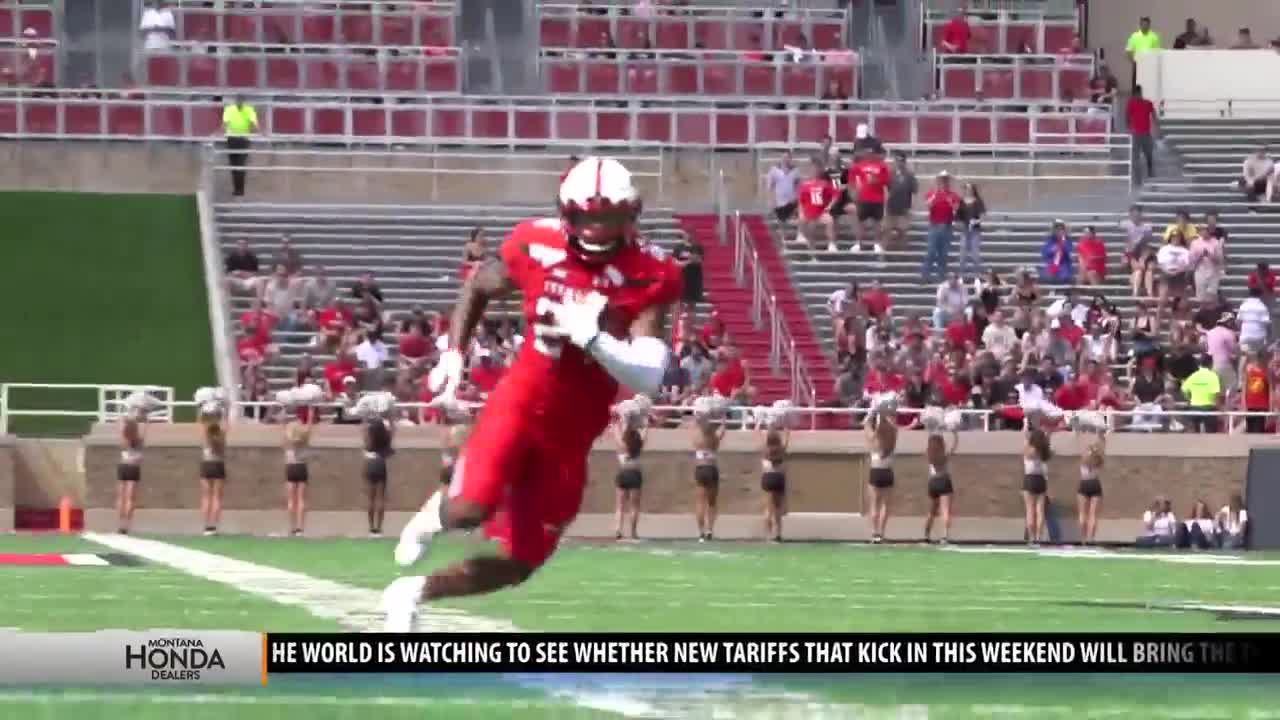 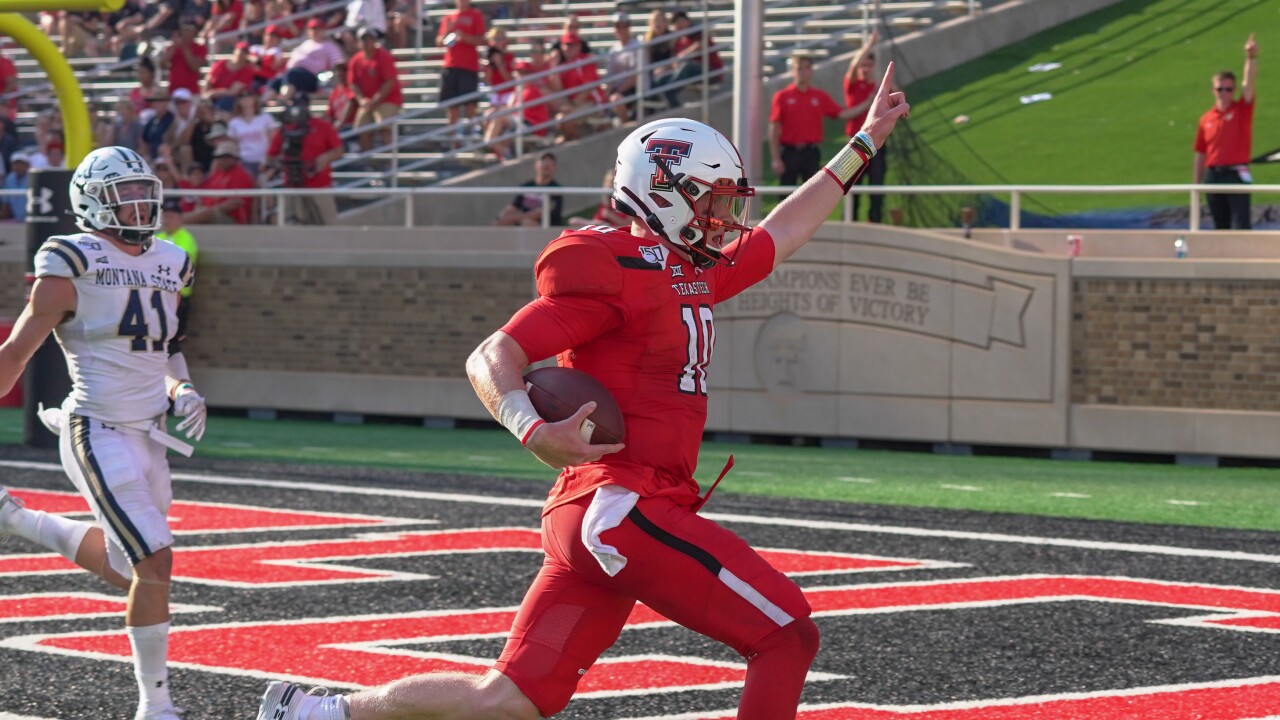 LUBBOCK, Texas -- Alan Bowman threw for 436 yards and two touchdowns, while rushing for another score, as Texas Tech ran away from Montana State 45-10 on Saturday afternoon. It was the season-opening game for both teams.

Bowman, the Red Raiders' sophomore quarterback, completed 40 of 55 passes, with 11 different receivers hauling in a reception, as Tech outgained MSU 691-289.

“We knew what we were going to get, but again, it’s kind of like the atmosphere and the heat, you have to go do it in order to really see it," said Montana State head coach Jeff Choate. "I think they’re going to be a tough team to defend, regardless of who’s playing them, because of that tempo."

The Bobcats again went three-and-out, doing so on their first four possessions, but struck on the defensive side when Jahque Alleyne forced a Xavier White fumble at MSU's 1-yard line. Alleyne recovered in the end zone for a touchback that gave the Bobcats life.

Staring down a potential punt for a fifth consecutive drive, Choate decided to call for a fake punt, which saw Callahan O'Reilly rush 7 yards for a first down, keeping alive a drive that ended with a 31-yard Bauman-to-Coy Steel touchdown pass to bring the Bobcats to within 14-7 with 9:42 remaining in the half.

“Coy ran a great route, the line blocked it up awesome and it was wide open. It was a great call by coach Choate and (offensive coordinator Matt) Miller, and we made it work," said Bauman.

The momentum quickly disappeared on Tech's ensuing drive, as Armand Shyne took a handoff for a 69-yard score on the second play of the series to boost the lead back to 14 points, 21-7. Thompson scored his second rushing touchdown before halftime, giving the Red Raiders a 28-7 advantage.

MSU held Tech to a field goal on the first drive of the second half, the only points in the third quarter, but gave up a 45-yard scoring strike from Bowman to White in the fourth, then a 5-yard rush from Bowman that capped the scoring at 45-10.

Tristan Bailey, who missed a 46-yard field attempt early in the fourth quarter, was good from 37 yards to add MSU's other three points.

Bauman completed 7 of 19 passes in his first start for the Bobcats, who didn't have a turnover via interception or fumble in the contest. Isaiah Ifanse rushed 15 times for 77 yards, while Steel finished with three receptions for 56 yards and the score.

“I would like a couple throws back. Sometimes they were bringing pressure and I didn’t pick it up, but I think there’s a lot of stuff to learn from and we’ll be back next week,” Bauman said of his performance.

"He mentioned he would like to have a couple throws back. I think in the first half he had some wide-open guys, but wasn’t able to put the ball on them," said Choate. "But he did some nice things for us as the game progressed. I thought he did a better job of calming down and taking what was available. He stood in the pocket and took some shots, and I was really proud of that."

Brayden Konkol and Bryce Sterk led the MSU defense with nine and six tackles, respectively, while Sterk added the Bobcats' lone sack against the quick-snap offense of the Red Raiders. Michael Jobman had 1.5 tackles-for-loss for MSU, which was pleased by the work on the defensive line.

“Besides their explosive (plays), I think we went toe-to-toe pretty well. When we stopped doing good technique, that’s when they made those big plays and got past us. When we play with great technique like I know we can, that’s when we stopped them," Sterk said. "I’m definitely proud of the guys and how they played. They fought until the end. I’m excited for next week and the weeks after that. I believe the sky is the limit for this defensive line and this team.”

Troy Andersen, who played quarterback, receiver and linebacker on Saturday, completed two passes for 7 yards, added one rush for no gain and tallied four tackles.