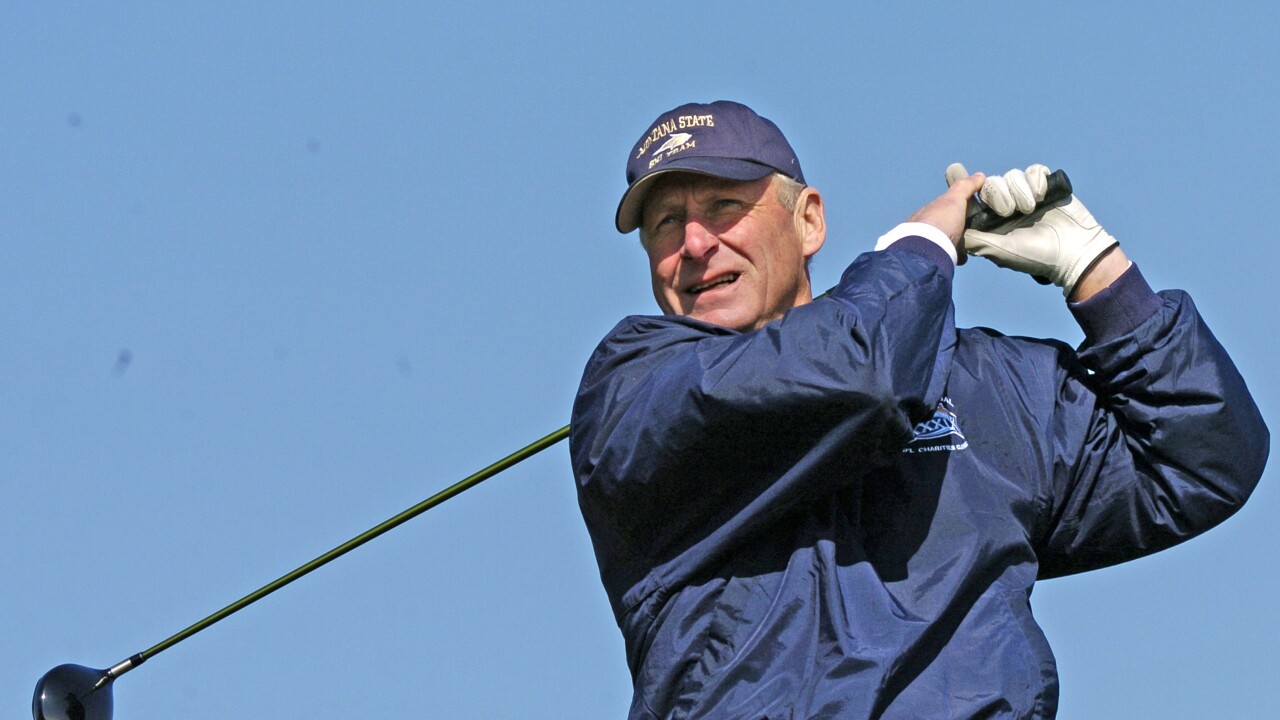 KANSAS CITY, Mo. -- Jan Stenerud may as well be the guest of honor at Super Bowl LIV.

Then there's the celebration of the NFL's 100th year.

Stenerud was surprised by the October phone call from NFL commissioner Roger Goodell, the call that told Stenerud he was one of 100 players the NFL was honoring in its 100th year of existence. "That's remarkable," he recalled saying at the time. The Norwegian native is one of only two kickers on the top-100 players list, joining longtime great and current Indianapolis Colt Adam Vinatieri in the placekicking category.

"This year is really the best deal ever because I was fortunate enough to be picked to the 100-year team, the NFL is 100 years old this year, and I’ll be a guest of the league," Stenerud reiterated to MTN Sports. "They are bringing myself and our spouses down to the game on Thursday, we’ll go to several functions — the commissioner party and the honors show party, and also be a guest and sit in the suites during the game to watch the game. We’ll have a little bit of introductions during the game on that particular day, so this is pretty sweet."

"But the neatest thing about it," he continued, "is the Chiefs are playing in the game, so this will be, I’m really looking forward to it."

Since Jan. 11, 1970, when Stenerud scored the first nine points on three field goal attempts, as his AFL Chiefs defeated the NFL's Minnesota Vikings 23-7, Kansas City has participated in 24 postseason games, winning only seven, three of which came in the past two seasons.

Stenerud, who was never supposed to play football to begin with -- he attended Montana State on a ski jumping scholarship and happened to be kicking a football around with former MSU men's basketball coach Roger Craft observing, leading to then-football coach Jim Sweeney encouraging Stenerud to join the Bobcats -- was inducted into the Pro Football Hall of Fame in 1991.

Though he lives in the Kansas City area and admittedly belongs to the faithful "Chiefs Kingdom," Stenerud can't help but be excited for his Bobcat brother, Person, who joins a short list of athletes with Montana ties to have played in the Super Bowl.

"I think it’s pretty doggone special, pretty neat that a kid from (Glendive), then go to Montana State and now to play in the big game for the 49ers, it’s great to hear that," Stenerud said.

"I’m sure he’s been given advice all week long," he continued. "What everybody tells you is, ‘Try to keep the distractions to a minimum, try to keep to your routine,’ because you’re going to hear from friends and also people you haven’t heard from in years, and then there’s the ticket situation. There are so many things. And also the media, I think they have about 5,000 or 6,000 people in Miami with media credentials, so you get tugged in every direction. Everybody will tell you, ‘Make it as normal as possible,’ which is not easy to do, but sticking to your routine and trying not to get involved in much of the hoopla, that’s the key."

MTN Sports will have more with Stenerud in this weekend's Sunday Conversation. The Kansas City Chiefs and San Francisco 49ers kick off Sunday at 4:30 p.m. MST on FOX.